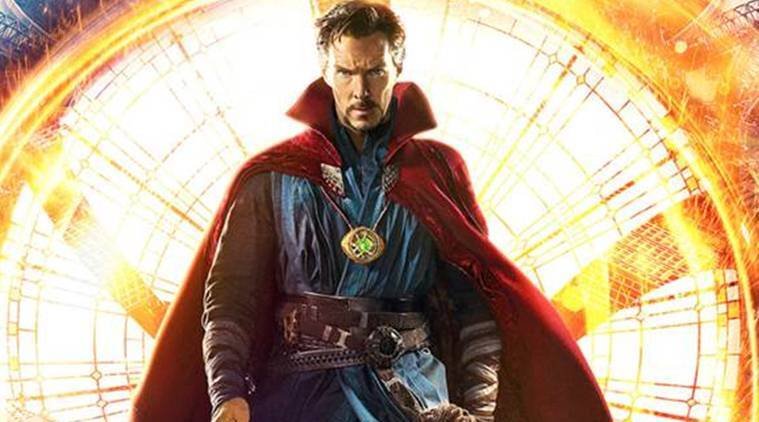 Dr. Strange is a marvel character that just like other characters has some superpowers which allow him to skilfully create barriers to conjure his enemies. He is a part of the MCU universe and was launched in the year 2016 and was a big hit. Like every other Marvel character, he too is given a back story of how he become Dr. Strange from a regular person. He too was written by Stan Lee who said that the original idea was by Steve Ditko. The Marvel in the movie started from the comics, hence the original character being written way back in time. It was written in July 1963. When the movie was launched, the creators mentioned how the book was received when launched in the early 1960s as people called the artists “using heads.” i.e. meaning high on drugs. Because they had similar experiences when they were high on drugs.

How Many Dr. Strange Movies Will Be There?

To talk about the creation of Dr. Strange, we see that he used to be a normal regular surgeon who unfortunately gets into a car accident and loses his ability to operate anymore due to lost limbs and hence doesn’t remain the same, so to find a higher calling he gets under a mystical and spiritual instructor who then teaches him the magic which then helps him become the dr. Strange.

The first Dr. Strange movie was released by MCU in 2016. The role was played by Benedict Cumberbatch as Dr. Stephen Strange. He is portrayed as an egoistic neurosurgeon who in an accident loses his ability to perform surgeries. To heal himself, he tries all sorts of surgeries but fails at them time and time again. Even when his fellow doctor tries to help him overcome the same, he is unable to and vaguely pursues different surgeries before finally finding an ancient one that helps him find powers as Dr. Strange.

He finds an ancient one through Jonathan Pangborn who magically regained use of his immovable legs. He is taken under Mordo, because of whom ancient one reluctantly trains him. Strange’s egoism reminds her of Caecilius, one of her other pupils who were now after destroying the earth. He also studies in a library guarded by master wong. Strange learns about Kamar- Taj from Pangborn, who has an access to the dimensions outside of earth that protects it from outside threats. The shield is generated from three buildings called sanctums which are located in different parts of the world, New York, Hong Kong, and London. These people are conventionally called scorers and Pangborn is one of them, although he only chose to direct his energy into walking again. Strange finds a mystical book that Caecilius stole pages from and reads about the dark dimension which corrupted Caecilius. He learns about the eye of agamotto which helps in bending time. Kaecilius then attacks the London sanctum to weaken the protection of the earth. The zealots attack the New York sanctum but somehow strange keeps them off and himself gets injured, almost on the brink of death but teleports himself into hospital where he is saved by palmer. Upon returning due to some sort of wrong understanding of complete matter, strange tells Mordo, who worked in association with the ancient one and because of whom the ancient one accepted strange, that the ancient one has been drawing powers from the dark dimension to keep her life as long as now. Mordo becomes disillusioned by this and against the ancient one. Upon fighting in the mirror dimension, Kaecilius then mortally injures an ancient one and escapes to Hong Kong. Before dying, the ancient one warns strangely of Caecilius telling him to bend rules and be with Mordo to defeat Caecilius. When both of them return to Hong Kong, they find the sanctum destroyed and wong dead alongside a dark dimension engulfing the earth whole but at this point, strange uses the eye and bends time to save wong and undo the damage, he then sets a time loop and enters the dark dimension where Dormammu kills him repeatedly but due to the time loop he comes alive again every time. Tired of this Dormammu signs a deal with strange to leave earth alone in return for him breaking the loop. Henceforth the loop breaks and the dark dimension returns back along with Caecilius and his zealots.

Mordo and strange then renounce their departure. Strange pursues further studies and takes an apartment in New York while Mordo renounces due to mortification by a strange and ancient one upon defying nature’s law. In the end, we see that strange agrees to rejoin to help Thor.
Watch it anytime on Disney Hotstar!

This sequel of doctor strange (2016) is set to release in May of 2022. Although the co-director Scott Derrickson has claimed that he had wished to release the movie in 2016 but then he only returned as a director when Cumberbatch confirmed his return. Although due to creative differences Derrickson soon stepped down as director, with Waldron and Raimi joining next. Originally the film was set to release a lot earlier but due to COVID, the filming was halted alongside the postponing of the release date.
Available in cinemas from May 2022.

READ MORE | 12 Anime Like Trigun You Should Binge-Watch Right Now!

He claimed that the role resonated with him because it had to do with understanding spirituality when he joined the ancient one and he had been into spirituality since he taught once at a Tibetan Buddhist school. Cumberbatch mentioned that he took great care of his physical movements in scenes of casting spells as they had to be very precise and fine also because the audience took great notice of it. The scene wouldn’t look real if the movements weren’t as precise as they were. The movements were perfected by the dancer Jay funk.

While being cast for this role, Ejiofor mentioned that this role was quite tough for him and said that irrespective it couldn’t be nailed in any way. However, the director Derrickson felt that nobody could do it better than Ejiofor. And called his decision of changing the character from “white to black” correct. While the original character of Mordo’s written was villainous but with the casting of Ejiofor, the role was made to be a little more heroic keeping in mind the cast. After being disillusioned, the character of Mordo originally turns villainous instead of being so nice and still.

Palmer was the one who saved strange after he was on the brink of death and so he teleports himself to the hospital and was saved by palmer. Palmer also plays an extensive role of a good friend and hence Rachel McAdams is suited for this role. Also, originally in the comics, Palmer is a heroic night nurse, the part which is skipped in the movie. Also, it was important because the production crew agreed that nobody could’ve portrayed it better than McAdams.

He is a mystic and protects Kamar-taj’s most valuable books and relics. That’s why strange bends the time because the importance of him being alive is undefined after he was killed when Caecilius attacks the Hong Kong sanctum. There’s also a racial stereotype associated with the character, although it is unwanted and not as much accepted either but sticking to the original storyline, it was kept in the movie too.

Mads was suited best because the character development of Caecilius was as such where he breaks away from his original aura of being with ancient one and then parting away and getting into the dark dimension thus, getting his villainous character and someone precise was needed was this role. His make-up every day took about 3-4 hours.

• Tilda Swinton as Ancient One.

This role had to be played by a perfect female character who could portray it correctly from starting, where she refuses to admit strangely but then accepts him eventually to teaches him tricks, until the last moment where she’s about to die but before tells strange to use the eye to bend time and sync with Mordo. This was a single powerful woman character in the whole movie and hence the role carried a lot of responsibility who better than Swinton could’ve portrayed it as its best.

As the movie plays, the interest in the character grows and after a wait of such a long time, MCU is launching the sequel to Dr. Strange (2016) which will be in cinemas since May 2022 and it keeps the audience curious to watch to further know how the story progresses with each character and Dr. Strange being the lead.