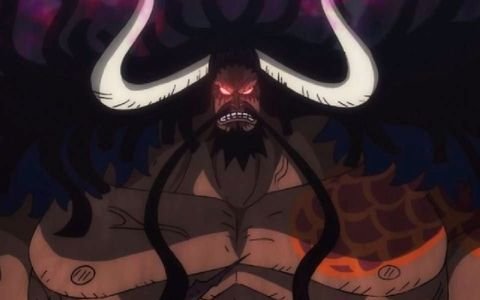 Kaido is one of the One Piece world’s Yonko, also known as the Four Emperors of the Sea, who are powerful pirates capable of ruling the New World like kings. Kaido is a monstrous creature with a reward of over 4.6 billion berries on his head. He is known to be the strongest of them all.

Kaido is one of the New World’s Four Emperors and the captain of a huge pirate fleet of over 20,000 individuals, including numerous Devil Fruit users. Kaido’s incredible strength is boosted even more by the ability of his Uo Uo no Mi, Model: Seiryu, which allows him to turn into a terrifying dragon. Finally, he has the ability to employ Haoshoku Haki, which only one in a million people have. Despite this, Kaido kept his most powerful combat technique hidden until their encounter at the summit of Onigashima, when he unleashed it on Luffy.

How Strong Is Kaido?

Until now, Kaido’s strength is unimaginable. Kaido only needed one hit to destroy Luffy in his most powerful form, and he didn’t even get a scratch after falling from a height of 10,000 meters from Skypiea Island. Kaido’s quickness is one of his greatest assets. Above all, he possesses the devil fruit of an old dragon. Kaido’s power has earned him the moniker of “World’s Strongest Creature,” indicating that he is genuinely a one-of-a-kind creature. Kaido, as befitting a Yonko, possesses a number of abilities that aid him in defeating his foes. He was apprehended 18 times. The marine attempted to kill him 40 times.

The chain broke when he was hanged, the blade fractured when he was taken to the guillotine, and the blades shattered when he was sentenced to impalement. Kaido leaped from a height of 10,000 feet after sinking nine massive prison ships. He was able to survive because every execution weapon that was used on him shattered after being applied to him. Another issue worth mentioning is that Kaido has plummeted 10,000 feet from the sky to the ground, creating massive shock waves powerful enough to sink a large ship in the area. He awoke with a throbbing pain in his back. In combat, Kaido can easily make and control lightning. Kaido has the following special powers :

What is the Plot of Kaido’s show, One Piece?

One Piece is a Japanese manga series created by Eiichiro Oda and illustrated by him. It has been serialized in Shueisha’s Weekly Shonen Jump magazine since July 22, 1997, and has been collected into 95 tankobon volumes.

Gol Roger is a man who has amassed everything and is regarded as the Pirate King. Thousands of individuals were inspired to go to sea to pursue their aspirations after hearing this statement. In quest of One Piece, they travel to The Grand Line. Then there was a new epoch!

The young Monkey D. Luffy sets off towards the Grand Line in quest of One Piece, the most powerful pirate on the planet. His eclectic crew, which includes a marksman, a swordsman and marksman navigator, a cook archaeologist, a medic, and the cyborg-shipwright, is following him on his expedition. It will be a once-in-a-lifetime adventure.

What Is Kaido’s Devil Fruit?

Kaido’s Devil Fruit was first shown in One Piece when Kaido and Big Mom reunited after Kaido defeated the Nine Red Scabbards. During the God Valley Incident 38 years ago, Kaido ate the Uo Uo no Mi, Model: Seiryu, or the Fish Fish Fruit, Model: Azure Dragon. Kaido can turn into an Azure Dragon at will using this fruit, which is a Mythical Zoan. It is one of the most powerful Zoan species.

Can Kaido Use The Elements?

Yes, Kaido has the ability to use fire, wind, and lightning. Kaido is one of, if not the strongest person in the One Piece universe, and his abilities are just as dangerous as any other Yonko’s. Kaido’s dragon form grants him the ability to hurl fire blasts through a technique known as Bolobreath. Aside from that, he can use his roar to attack with lightning and use his body to create massive dragon twisters.

Is There A Hybrid Form For Kydo?

Kaido, like all the zoan types in the series, has access to the hybrid form. He didn’t use it until recently in the One Piece manga when the Worst Generation pushed him back, and it was only then that he decided to use it. Kaido’s size increases dramatically in this form, and he has blue scales all over his body. In addition, he retains all of his dragon’s talents and is significantly stronger and faster in this form.

Is Kaido Home to All Haki Types?

Kaido is capable of using all Haki variations. Kaido has access to all Haki kinds due to his status as one of the Yonko of the Sea. When Law couldn’t move around freely in his ROOM, his Armament Haki was discovered.

Is Kaido Stronger Than Big Mom?

In One Piece, neither Kaido nor Big Mom would have it easy if they went all out against each other. Indeed, the World Government considers both pirate commanders to be exceedingly dangerous dangers. They have the highest known pirate bounties among living characters in One Piece.

Both of these monsters are renowned for their powerful Devil Fruits, Haki mastery, and massive physical numbers. Even though Kaido is the world’s “Strongest Creature,” someone like Big Mom would put his title to the test. Her tenacity makes her a difficult opponent to defeat.

Is Kaido Stronger Than Roger And Whitebeard?

At his age, Kaido is stronger than Whitebeard. At his peak, Whitebeard was regarded as the most powerful man to ever face Roger, the Pirate King. He has the power to destroy the planet with his Tremor Tremor fruit. Roger has the ability to defeat any character in the series. He clashed with Kaido at God Valley, where the Rocks crew was obliterated, despite the fact that he isn’t alive right now.

How Does Kaido Fly?

Kaido flies with the help of the homuragumo. Kaido is an eastern dragon, meaning he doesn’t have wings. Despite this, he’s been observed using his Devil Fruit for flight. Kaido accomplishes this by utilizing Homuragumo, or clouds formed by the fires he controls.

How Is Kaido’s Appearance?

Kaidou is a middle-aged guy with a commanding presence due to his exceptional height of 710 cm and the heft of his muscles, dwarfing most humans. He has a well-muscled torso with wide-set shoulders, big arms, and slightly out-of-proportion legs, which are significantly less powerfully built than his arms but around the same length (with his feet much tinier than his hands). Kaidou’s head is abnormally small (smaller than his hands) and has a large pair of gray-white, sharp-pointed horns protruding from its sides, curving slightly to the front, then upward.

He has a longish face with a strong, hairless brow ridge, a hook nose, and a big, full-lipped mouth, as well as sharp, often bloodshot eyes (parent to small, yellow irises). Kaidou is frequently seen frowning and wrinkled, with crow’s feet beneath his eyes, forehead lines, and laugh lines from his constant sneering being particularly noticeable. His black hair is untamed and mainly swept back to his mid-back, forming notably flat, rectangular strands, some of which fall near the front, over his ears, or just upward. A wavy, waist-length Fu Manchu mustache and a spiky goatee across his chin complete his facial hair.