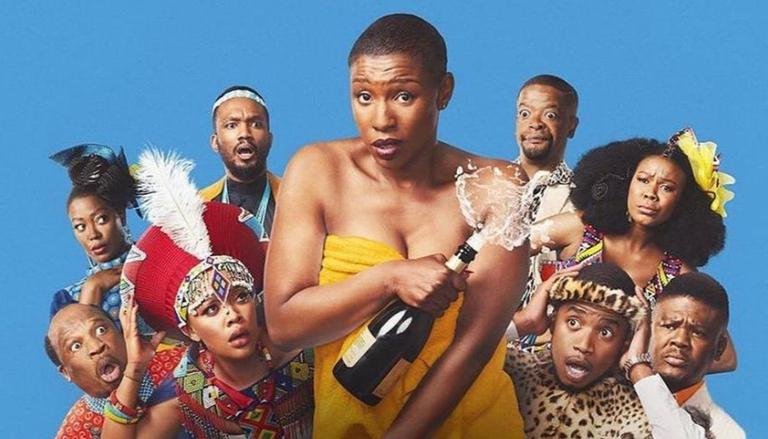 Well, guys, I want to hear a loud Hurray! The much-awaited season 2 made it today on Netflix. Fans who were waiting for a season renewal after Season 1 finally will be able to watch the show online.

How To Ruin Christmas is a South African TV series. The show made its first debut in 2020. After its 1st season in December 2020, the show had its renewal after 1 long year.

The original language of the series is in Zulu but it’s available with English Subtitles. Each season has episodes with a runtime being around 43-45 mins.  It’s a comedy-drama TV series which will surely make you roll in laughter. The show won 8 awards and 5 nominations. It’s been rated 6.1 from IMDb. It’s a perfect show to binge-watch during the time of Christmas.

Well, this page contains all that you need to know about the second season. Hence, spoilers ahead, read at your own discretion.

How To Ruin Christmas Season 2

Well after Season 1 made its debut the second season aired on 10th Dec 2021. Netflix is currently streaming the service. It was announced on Friday that the season will have a renewal. And now you can see that they kept the promise.

This season has 4 episodes, the theme is more or less the same. The runtime is around 44-57 mins.

The season promises more laugh, drama from Tumi as the family enjoy themselves on the eve of Christmas. To know more real along!!

How To Ruin Christmas Season 3 Story

Burnt Onions Production celebrates the renewal of the second season. In Season 2 you’ll get to see the return of all the characters from season 1. The possibility of some new entries can be expected. Well, you can certainly expect some twists and turns. Family members thinking Lydia is pregnant can be counted as one. Now that the family members have finally made peace with each other. They expect to have a fun heart-warming celebration. But how long will that last?  The show again welcomes you to the lives of Sellos and Twalas. We have no doubt the family will make you intrigued and keep you glued to the screen.

The season opens with the return of Tumi who hasn’t seen her family for two years. She returns in order to see Beauty’s wedding. Now that she has returned, she and Khaya together help to arrange the three-day wedding. The wedding is arranged by Sbu’s wealthy parents. But unfortunately, Tumi ruins the wedding twice, but unintentionally. Now she will have to save Beauty’s wedding but also have to figure out her growing feelings for Khaya.

At the end of Season 1, you saw that Tumi and Khaya end up together. And Beauty’s wedding was a success. But before this Tumi had something to say? What is it? You’ll find your answer here.

Well, are you guys excited? I am sure, you’re. Then what are you waiting for? Go and watch now!

How To Ruin Christmas Season 1 Recap

The first season rejoices in the wedding of Beauty Sello and Sbu Twalla. But unfortunately, it gets spoiled Tumi due to her indecisiveness and excessive planning for a perfect wedding. Her actions or rather antics will surely catch your attention. It’s going to make you giddy all over. The wedding gets spoiled due to her foolish actions. But she is able to fix them all? Her parents get angry to feel reassured. Now that everything is smooth, Tumi is in for some bad news. The series ends with Tumi learning she is pregnant with Khaya’s child. What will happen next? Shock! Shock! Everyone be prepared for comedy, suspense, romance, drama, and more.

Will Tumi learn from her mistake? Is she going to cause more blunder and shock everyone? Will she be able to save herself from all the trouble? Well, go and watch to know!!

This season has 3 episodes.

Well, to be very honest, there is no news whether there will be a new season. The story mostly gets wrapped in the second season. And with its launch only a few hours back it’s very hard to predict the next. The story is mostly covered, a new season’s expectations is a hard question to answer.

Though again, there can be a surprise new season. As per the pattern of its renewal. If there’s a renewal you may expect that next year around December. And you can binge-watch the series’ season 1 on Netflix.

MUST- READ | Harlem Season 2 Release Date: Everything We Know