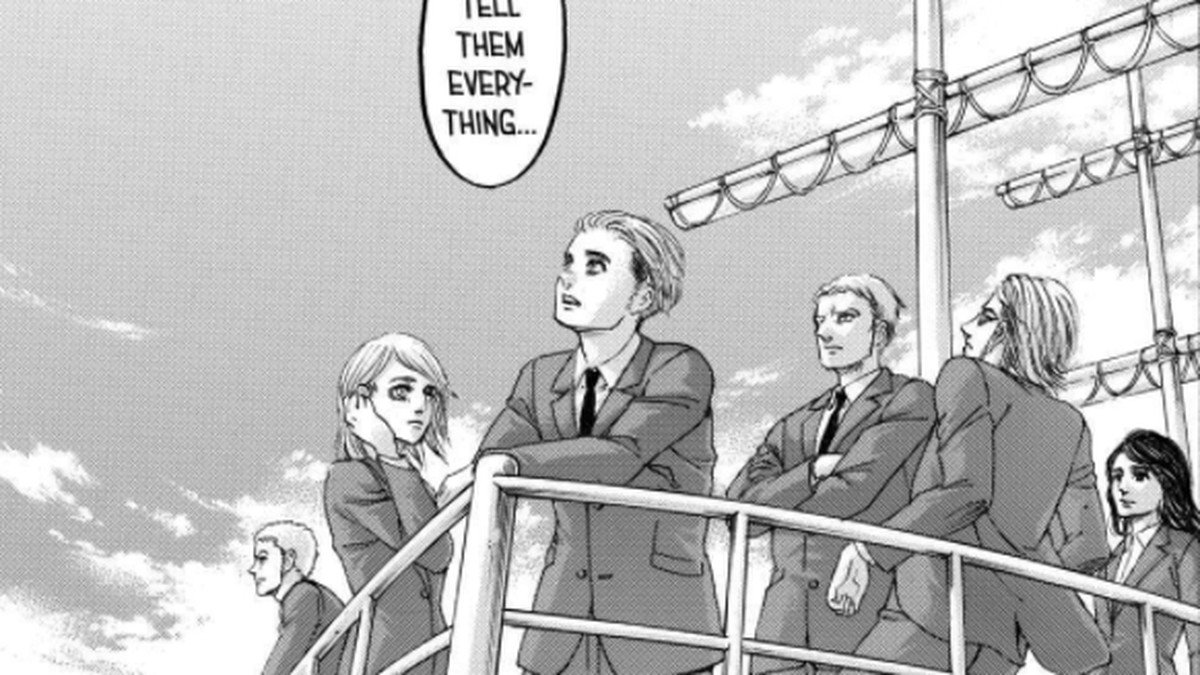 This manga never fails to get attention and love from the viewers/ readers. The readers have never failed to stay up to date with the episodes of the manga since the day it got released. Attack On Titan is a Manga series and an anime television series, it also has an anime film. This Action and Dark Fantasy manga was first published on September 9, 2009, and is written by Hajime Isayama and illustrated by Kodansha, the manga series has 34 volumes in total.

How Will Attack On Titan Manga End?

There are many questions related to the manga of Attack On Titan, I know why you all are so curious to know about the Manga, many fans predicted the end of Attack On Titan and many fans were waiting for the Manga to end so that they can read it without any issues. But now we don’t need to make any assumptions regarding the last chapter of Attack On Titan because it is already out and the manga series is now over, fans are very sad to say goodbye to such an amazing manga series but you still don’t need to be that heartbroken because there is another part of the anime series which is going to be released soon.

The title of the last chapter is Heading To The Top Of Hill. In the last chapter, we see Armin and Eren’s conversation in the first few panels. Armin asked Eren why he had to beat him up although he had seen the future with Attack Titan’s power. Eren replied that he was very desperate to push away all, which made him do that and he was sorry for it but Armin said he should say sorry to Mikasa not him. Eren did push away all to make or see them heroes who are trying to save humanity from him. By Rumbling Eren already killed 80% of the population for which the remaining population won’t be able to fight with Paradis Island.

Eren takes Armin to the place where they wanted to go and continues the story of Founder Ymir. There they saw the Fire Water. Eren continues his story that King Fritz killed Ymir’s parents and burned his home but still, Ymir stays in lower rank although having God-like powers.

READ MORE: How Strong Is Sailor Moon? Did She Revive Sailor Saturn?

The Ancestor Ymir loved Carl Fritz which made her stay for 2000 years and she kept searching for someone to free her from that suffering love that’s when the person came, Mikasa. Only Founder Ymir knew why it was Mikasa who could free her. The only thing Eren knows is the results of the choice that Mikasa will make. To get the results he keeps moving. Eren never really saw the future and his mind was messed up.

Armin asked Eren what he thinks about whether Mikasa can live happily without him, to which Eren replied maybe. Armin punched Eren saying that how can he bluntly turn down Mikasa’s feelings for him, she put her life for Eren.

In reality, Eren didn’t want Mikasa to forget about him, he wants to be with her and everyone but he can’t and for the present he just wants Mikasa to be happy.

Even without knowing the reason, Eren still wants to flatten the world and make it new. Before going back Eren said Armin will be the one to save humanity.

Back to the present in the war, Mikasa came with Eren’s head in her hand. Armin cried when he saw that. Mikasa said to Armin that he got back his memories too when Eren came to see them. Armin replied yes and also said about the results that Mikasa decided.

Everyone became human, came back to life, and reunited. Levi said his farewell to his Comrades that this is the outcome they have offered from their hearts. They did ‘Shinzo Wo Sasageyo’.

Mikasa took Eren’s to give him a proper burial. In one panel three years after the battle, Historia is seen with her kid. Eldian expands their military forces to fight with the other side of the world as the fear of retaliation exists.

In the end, Mikasa is seen sitting under a tree where Eren rest.  She wishes to see him again and thank him for wrapping the scarf around her.

Characters and Voice Actors of Attack On Titan

Where To Read Attack On Titan Manga Online?

Where To Watch Attack On Titan Anime Television Series Online?

READ MORE: Is Kawaki Naruto’s Son? What Is Their Relationship?