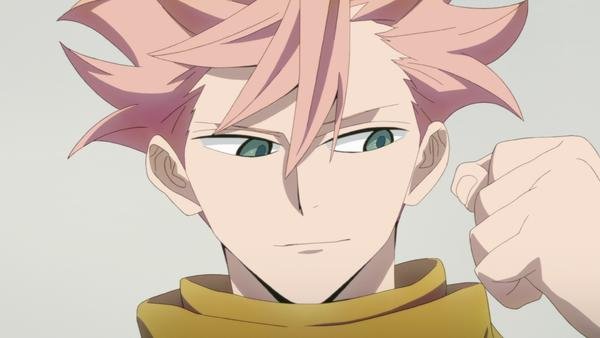 An anime named ID-Invaded Stunned everyone with its marvelous performance. It is one of the detective-type anime and one of the best in its year of release (2020). This has left its fans waiting for the next season for two years now. Fans are now demanding for ID-Invaded season 2. Even though the creators have already teased it several times about it, the official announcement has yet to come. So let’s begin our topic.

ID-Invadedis a Japanese anime with the genre being sci-fi and mystery. The author of this story is Otaro Maijo, while the animation for television is handled by Studio NAZ. Ei Aoki plotted the series that had its debut on 5th January 2020. The series has 13 episodes which concluded on 22nd  March 2020. Later it premiered on Netflix and come forward as a global hit.

The first season of the anime ended with a thriller scene. This has contained a lot in itself even after the first seasons like the Mizuhanome System and the Kura Organisation’s detectives. Due to this fans are going mad to get its second season and are continuously asking about its next series from the makers. Well, the good thing is that the creators are teasing the second season. In January 2021 fans got a teaser trailer on the official Twitter handle. This teaser has revealed that the fans would get more information on ID-Invaded season 2 shortly.

On 2nd April of 2021, a picture was posted on the same Twitter account, and the followers are anticipating that it featured the working staff of the anime. In the caption of this teaser, the countdown hit 0:00, and the words were, ”to be next… wait for further information.” There is an expectation from the fans to get the show renewed soon officially.

Also Read: Find Out Here Who is Yuno’s Parents?

Even though there was a continuous post showing that the made us think that the anime might come at the end of 2021 or may come at the start of 2022, we haven’t heard about it since then. So we can only make some assumptions that we may get to see this anime this year, but I think that we should keep too much hope about it until we get any official date.

Two years have passed since the serial murderer Challenger destroyed Akihito Narihisago’s family’s happiness. Being a splendid detective, he was able to find and destroy the one who brutally killed his daughter. The wife couldn’t survive the loss of her kid, so Akihito was the one left along with his thoughts. In a large world. Which is a prison…

In a world where crazy psychopaths and murderers find their victims, over and over, there’s a tool that may sense particles of negative thoughts from a criminal. These particles remain in the body after the crime. Gathering information in pieces, experts can create a “well” – a visualization of the psyche and mind of a criminal. The chosen ones can dive into such an area – people who were once killed…

Akihito Narihisago is serving a prison term, but his former partner and friend, Investigator Funetaro Momoki, constantly hire professional help. Akihito is thought of as an excellent detective, and also the incontrovertible fact that he became a killer allows the guy to urge into the “well of reason” and collect information about the killer. But there’s one thing: plunging there, he becomes a detective Sakaido, who doesn’t remember anything but one name – Kaeru…

There is no announcement about season 2 as for season 1. Ei Aoki first began developing the concept of what would eventually become ID: INVADED around 2012-13. along with producer Yasuo Suda, who would last to found NAZ, they conceptualized an artless show starring a “dark hero”, however, the project soon stalled after scriptwriting meetings fell through and Aoki moved on, founding Troyca and dealing with Aldnoah.Zero. However, the project wasn’t forgotten, and by December of 2015, Ōtarō Maijō became attached to the project.

Things caught up again while Aoki was directing Re: Creators before production finally began in spring 2018. The show is noted for its exceptionally smooth production; it only had a median of twelve animators and three animation directors per episode (much below the industry standard), all of whom only worked during the daytime.

Where To Watch ID-Invaded Season 2?

Even though it was released on television but later it was available on Hulu, Gogoanime, and Netflix, which also was the cause of its popularity so we may as well get to see its season 2 on Netflix.

There is no official trailer of ID-Invaded Season 2 to this date.