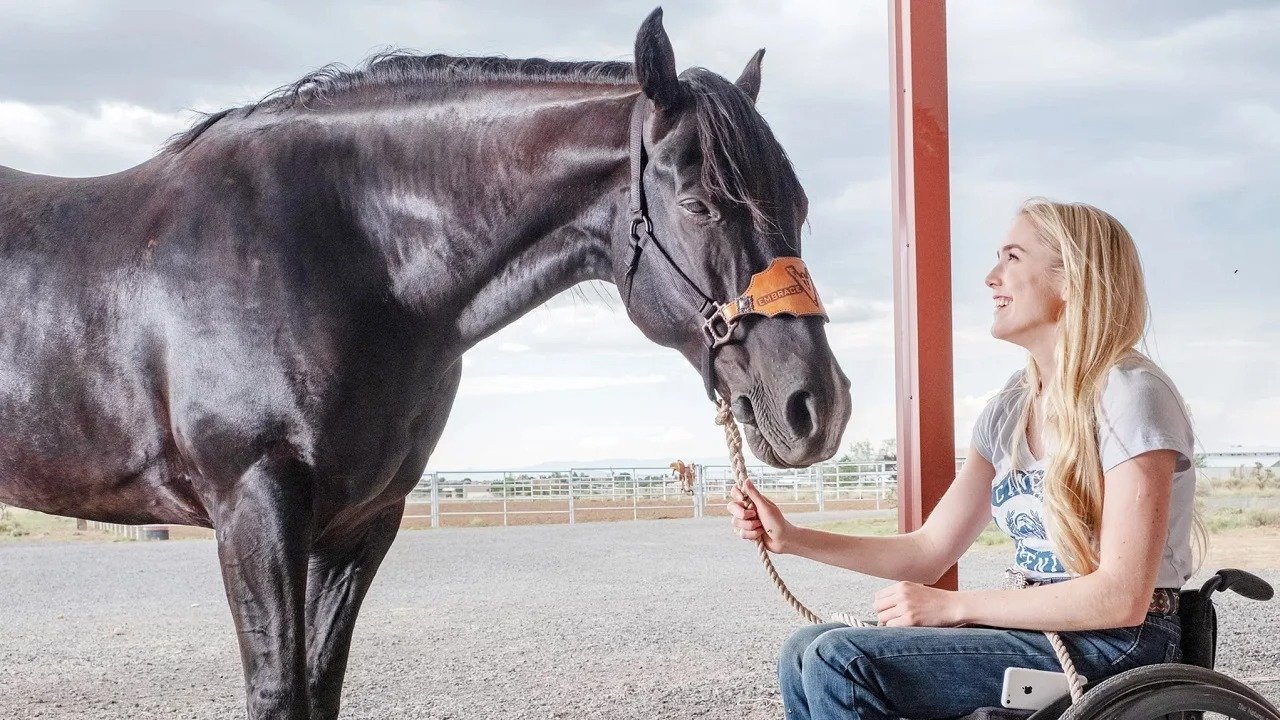 Amberley Snyder is a very popular championship barrel racer who has also competed in pole bending and breakaway roping. The Rodeo competitor had suffered a car crash in 2010 that left her paralyzed from the waist down. She never let her injuries come in the way of her career and kept competing. She competed at a high level in 2015, when she won a fan exemption to compete at The American Rodeo.

Considering her inspiring personality that she is, Snyder has now become a motivational speaker who inspires and encourages people with her words.

Born on January 29, 1991, in California to Tina and Cory Snyder, Amberley is the second-oldest out of her five siblings, Ashley, JC, Taylor, Aubrey, and Autumn.

She first rode a horse when she was just three years old and started competing in rodeo barrel racing at the tender age of 7. She then spent her summer weekends barrel racing, pole bending, and breakaway roping. It’s a matter of pride that she won the 2009 All-Around Cowgirl World Championship in the National Little Britches Rodeo Association and was also the 2009–2010 Utah State FFA President.

Her life changed when she encountered a car crash in 2010. The accident happened while she was driving from Utah to the National Western Stock Show in Denver, Colorado. She didn’t fasten her seat belt after she stopped at a gas station in Rawlins, Wyoming. The accident had crushed her T-12 vertebra and left her paralyzed from the waist down.

Determined to resume riding, a year and a half later, she started riding and competing in rodeo with the help of physical therapy, and a seat belt on her saddle. She then got transferred from Snow College to Utah State University where she attained the position of captain of the school’s National Intercollegiate Rodeo Association team. She was also able to win the Shane Drury “Nothin’ But Try” scholarship in 2014.

ALSO READ: Is Marlyne Barrett Pregnant? Is She Leaving The Show? Find Out Now!

The rider has many gems embedded in her crown. In 2015, she won a fan exemption to compete in RFD-TV’s The American Rodeo at AT&T Stadium in Arlington, Texas, where she made a time of 15.3 seconds with her horse Power. Interestingly, her time was 0.6 seconds slower than the winning time. This left everyone amazed and stunned!

She also bagged a spot in the top 5 for the Rocky Mountain Pro Rodeo Association in 2016. She had also won her Women’s Professional Rodeo Association card in the same year and now competes in the RAM Wilderness Circuit.

Amberley now works as a motivational speaker and posts a weekly “Wheelchair Wednesday” video on social media to talk about the everyday tasks that have become more challenging over time. Another interesting fact about her is that she has also written an illustrated children’s book Walk Ride Rodeo which talks about overcoming adversity.

The Netflix movie Walk. Ride. Rodeo. is based on her story. The movie starred Spencer Locke as Amberley Snyder and received an impressive IMDb rating of 6.4/10.

Among the many things that people want to know about her, one is her marital status. Her fans want to know if she is married, has a boyfriend, or intends to marry someone.

We would like to inform you that Amberley is single and is not married. She is also not dating anyone. There were rumors that she is dating the real-life equivalent of Tate Watkins, who is Amberley’s love interest in the movie. The real name remains unknown as the makers had changed the name of the movie.

There is nothing confirmed but as far as her relationship status is concerned, she is single.

Some people also wanted to know if she has any children. Amberley does not have any children and there is no information available regarding her future plans to begin her family.

Amberley has a very active social media presence on all platforms. She keeps posting motivational stuff and things that give her fans a glimpse of what’s going on in her life.

She is indeed a very inspirational personality who published her first book “Walk Ride Rodeo: A Story About Amberley Snyder”. It is an illustrated book that was released in 2017. Amberley hopes to write more books in the future.

ALSO READ: Who is Chiney Ogwumike’s Partner? Here’s What We Know!