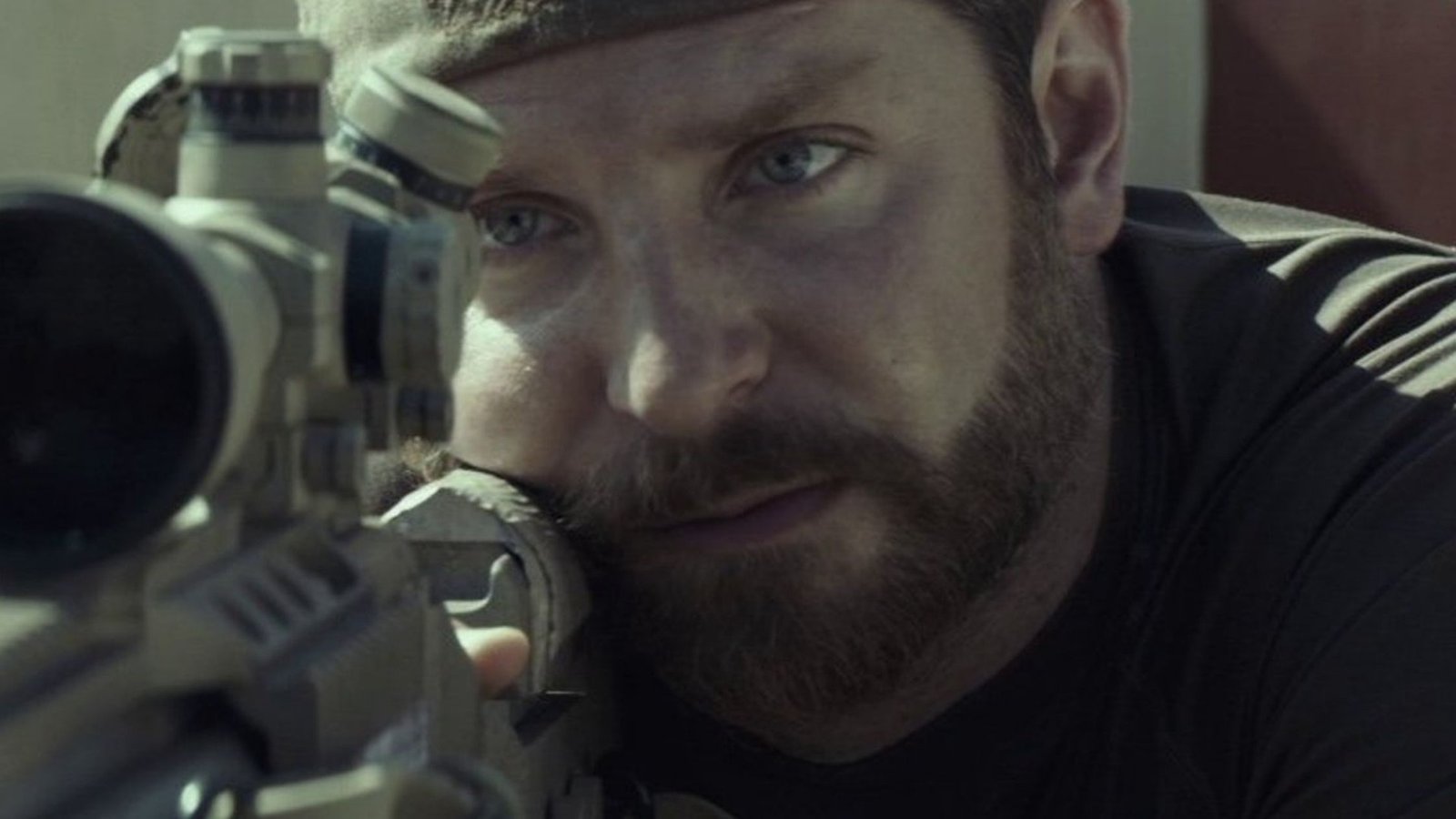 The movie “American Sniper” is based on the book “American Sniper” which is an autobiography of the deadliest sniper in American history, Chris Kyle. The movie was released on 16th January 2015 (in India) and is directed by Clint Eastwood. Bradley Cooper and Sienna Miller played the role of Chris Kyle and Taya Kyle respectively. The movie was very well received and is considered one of the highest-rated war-based films.

However, there are certain controversies that lurk around which not only questions the authenticity or loyalty of the movie towards the actual events also the facts that were spoken by Chris himself in his book. The story not only follows Chris Kyle, the SEAL operative but also Chris Kyle, the father, the husband, the American civilian. The movie majorly shows the impact Chris was left with from the war when he returned home, back to his family. Family issues, his behavior as a civilian after returning are all reflected in the movie.

However some claim that the movie has been whitewashed to portray Chris as a hero, there is a debate on that which hasn’t reached its conclusion yet. However some incidents in the book surrounding Chris as a civilian has been claimed to be fabricated such as him shooting down two criminals attempting to hijack his car and him punching down Jesse Ventura for speaking ill about the war in a bar, which has raised the question of the truth behind the facts which Chris has stated in his book, the facts regarding his achievements during his service which cannot be confirmed by any means possible as of now.

Is American Sniper A True Story?

Christopher Scott Kyle, born on the 8th of April, 1974 in Odessa, Texas. He was first deployed in the year 2003 in the Iraq War under the unit SEAL Team 3. In total, he went on 4 tours. At first, he was just a usual soldier in the front lines but on his first tour, he was handed a sniper with the responsibility of covering his squad as they proceed. With time he gradually grows into a skilled sniper and by his second tour, he had received sniper training and had become a highly skilled sniper. He said in his book that he has over 150 kills (approx.).

He is considered as the deadliest sniper ever been deployed under any American unit and his brothers in arms started calling him “Legend”, though started as an inside joke the thing started to get a mass of its own and gradually the term “Legend” became a good luck charm for his comrade as it was like reassurance for them in combat that the “Legend” himself is looking after them. One of the controversial points in his book is the part where he dehumanizes his enemies. According to him, the Iraqis were savages, and the enemies he was fighting there were just barbarians or sub-humans.

Some people called him out on this for his racial comments and his repulse towards a different civilization but people in his defense said that it was just a coping mechanism for him to fulfill his duty, to free him of his consciousness of having taken away so many lives. After some time, the war become more diverted to a religious aspect rather than a political aspect for Kyle, as stated by him in his book. He started to see himself as a modern-day crusader who is here to fight off evil. He was so ruthless in the combat field that his enemy started to refer to him as “The Devil of Ramadi” based on his actions when he was deployed in Ramadi, a city not much far from Baghdad in Iraq.

However, the story of Chris Kyle takes drastic turns as he loses his comrades in battle. Watching over his targets through a scope from a certain distance and observing them on their last moments before snatching their lives away made a deep impact on him, much more he was ready to admit.

Just like any soldier his fight didn’t end on the battlefield, when he returned home, he had a hard time coping with the life outside of the battlefield, in his home in California with his wife Taya Kyle and his children. He was facing issues like high stress, PTSD. He even resorted to alcoholism to cope. Later with the help of his wife, he decided to write the book which is now called “American Sniper”.

He even started to donate to a lot of charities supporting needy war veterans like him. He started meeting up with other fellow veterans who were dealing with the same issues as him, which allowed him to recuperate. However, it was this endeavor that unfortunately called for his demise. In order to help out another veteran who was dealing with serious mental problems, he took him to a firing range for a friendly good time but the disturbed veteran shot him.

It’s kinda ironic to see that the deadliest sniper in American History, the “Legend” himself who survived the brutal war in the hostile foreign land of Iran surrounded by his enemies but was killed by someone supposedly on his side, that too on the soil of own land.

MUST-READ|| 13 Animes Like Castlevania You Should Watch Right Now!