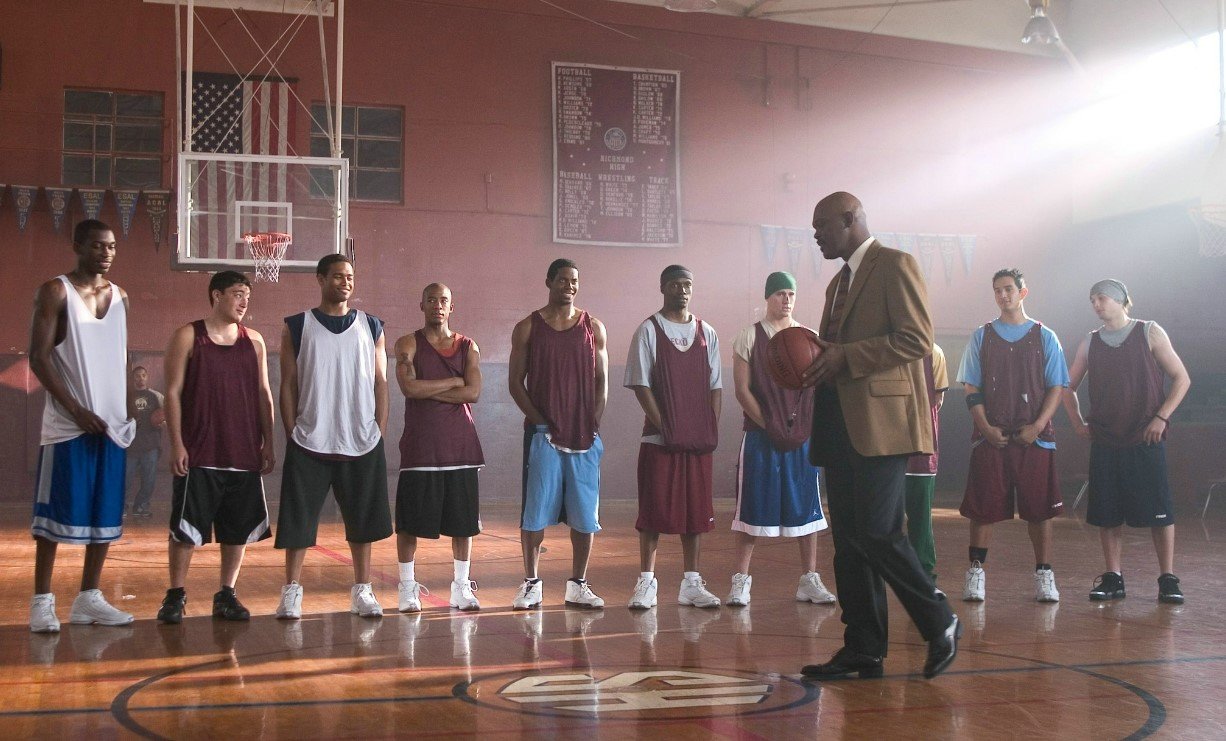 If you are someone who loves sports and sports-based movies especially if it is based on a biography then you must have your eyes on this movie named Coach Carter. The movie was released back in 2005 and is an American-based biographical drama movie that has been concentrated on teens who are into sports.

The movie was a sensational hit after its official release. However, the sports teen was something that was very much inspiring for many of the teens and also other youth people. The reason behind the movie’s sensational hit was the star cast of the drama movie, where we got to see Samuel L Jackson who appeared in the movie as the main role. Also, the movie was officially directed by Thomas Carter.

Also, the movie was co-written by two-story writers which include John Gatins and Mark Schwahn. This was not the entire cast list but in fact, this movie also includes other cast members including Rob Brown, Channing Tatum, Debbi Morgan, Robert Ri’chard, and singer Ashanti.

The movie has been co-produced by two motion picture production houses which include big names like MTV Films and Tollin/Robbin productions. This was all about the basic introduction to the movie, if you are someone who has been among the people who have been looking to know more about this movie and know about whether this movie’s plot is based on a true story or not? Let’s take a deep look at the facts about the movie.

Is the plot for Coach Carter based on a true story? And what is the plot?

When we talk about the plotline of Coach Carter, the first and foremost thing which will be coming into our mind is whether this movie has been based on a true story or not let’s take a look at it.

Starting with a basic synopsis or the plotline of the movie, here the movie gives its major focus on the main icon star named Samuel L Jackson who will appear as the high school basketball coach named Ken Carter.

Here the plotline will be giving its major focus on how the coach has worked towards helping and changing the entire lives of the basketball team students in the high school he is working. He was working in the city high school located in Northern California.

As we have mentioned on the cast list, the movie also features Ashanti who will be appearing in the role of the girlfriend of one of the basketball players in the movie. Here we will get to see Ken Carter making up his mind to make a return back again to high school and work for the position of a basketball coach.

Previously, he was actually a basketball star who played in many tournaments during his school days and after his school days now he is back to find talent in the world of Basketball. Even though he was a superb player at school, the boys mostly on the squad originally actually treated him with skepticism.

He paddles them in and out of shape via intensive exercises as well as demands students to sign contracts guaranteeing them to achieve a GPA of at least 2.3 as well as to comply with a stringent code of morality.

He usually takes players off the field whenever they keep refusing to fulfill that promise, notwithstanding the team’s winning record. Maintaining them dedicated inevitably leads to his athletes thriving not merely on the court but also in their entire lives. At the end of the story, everything turns out to become a great victory for the team player. This movie gives a message about how a person can actually measure a massive success in their life no matter what they are doing.

Is the movie based on a true story? Talking about the true story element, it’s been said that the plot details in the Coach Carter movie have been inspired by a true story. Actually, there is a real person with the name, Ken Carter who is actually existing and also worked the role of a bank tell coach for Richmond High School located in the same Northern California.

READ MORE: Is Old People Based On A True Story?

What happened after making a massive victory in the game?

Following the game’s enormous triumph and providing excellent lessons for all fans. Following the game, the coach apparently continued to coach for the high school until 2002, and after that, he also departed to coach the LA Rumble, a prominent slamball team. We were recently spotted carrying the Olympic torch for the 2022 Winter Olympics, which were hosted in Salt Lake City.

How popular was the Coach Carter movie?

Talking about the Coach Carter movie’s popularity. The movie was finally released on January 14, 2005, and it received overwhelmingly good reviews from the movie series. In terms of movie aggregators, the film now has a positive rating of up to 64%, and it has made a total of $76 million on a global scale.

Below we have given you the proof for the ratings of the movie. On IMDb, it got 7.3 ratings out of 10.

Q1. Is the movie Coach Carter based on a true story?

Yes, it is the story of Ken Carter.

Q2. Did anyone in Coach Carter qualify for NBA?

Chris Ford was qualified for NBA.

Q3. Did anyone in the movie Coach Carter qualify for International Pro?

READ MORE: Is Man On Fire Based On A True Story? Here’s The Answer.