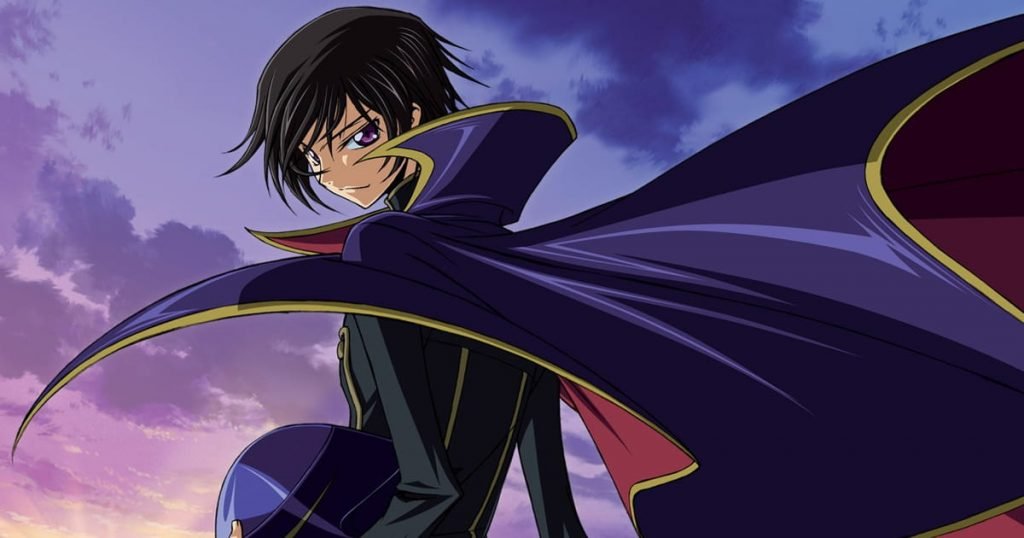 Code Geass: Lelouch of the Rebellion, or simply Code Geass, is a Sunrise-produced Japanese anime television series. Gor Taniguchi directed the film, which was written by Ichirkouchi and featured Clamp’s original character designs. It continues to follow the banished prince Lelouch vi Britannia, who receives the “strength of total obedience” from a mystical woman named C.C. in an alternate timeline. He leads a rebellion against the sovereignty of the Holy Britannian Empire, leading a series of mecha fights, using this supernatural power known as Geass. From October 2006 to July 2007, MBS broadcasted Code Geass in Japan. From April through September 2008, Code Geass: Lelouch of the Rebellion R2 aired as a simulcast on MBS and TBS. The series has also been converted into a number of manga and light novels, the latter of which depicts different situations from the TV show.

The Holy Britannian Empire, the Chinese Federation, and the European Union are the three primary superpowers in Code Geass, which is set in a fictional chronology and universe. The plot revolves around a pivotal event in the mythical timeline that shattered modern-day Japan. In 2010, the Holy Britannian Empire invades Japan and uses its ultra-strong weapon, the Knightmare Frames, to enslave the Japanese nation-state. With this sudden turn of events, Japanese civilians have their rights taken away and are subjected to unfathomable crimes. The story follows the main character, Lelouch Vi Brittania, to the current day, when the Japanese are leading a significant resistance effort against the Britannian Empire. Their efforts, however, are generally outmatched, forcing them to rely on guerrilla tactics. The plot moves at a steady and equal pace, allowing viewers to appreciate the complexities of each character and absorb what is happening in each episode. It’s full of fight scenes and brutality, which add to the story’s sense of urgency and excitement.   Also, proceed with caution if you find the violence and bloody horrific scenes unsettling and emotionally disturbing. There is a lot of dead, injured bodies heaped on top of each other in this series, as well as frequent character deaths and blood. For some who despise gore, it might be a major turnoff, while for those who enjoy it, it can be a welcome addition. The anime has a dark, gruesome, and violent tone throughout. His encounters at school, where he masks his identity as the leader of the resistance movement, provide humorous relief that allows viewers to breathe a sigh of relief.

Lelouch Vi Britannia is a remarkable and intriguing character. He is an expert at thinking and fighting his opponents as if he were playing chess. As the anime progresses, we meet a diverse cast of characters, ranging from classmates to mad scientists, who eventually become both allies and adversaries. The decision of Lelouch’s character to rebel against his own father’s dominion portrays him as someone who values morality and righteousness over familial ties. One of the most unique aspects of Code Geass is that characters are not classified as “good” or “evil.” Their personalities’ Yin and Yang parts are equally highlighted. This component of the anime contributes to its emotional depth and adds much-needed philosophical qualities to the numerous questions it poses to the audience.

The strange proportions and outlines of the characters are one of the most irritating aspects of their design. Even some characters are sometimes identical, with the only difference being the color of their hair or their hairstyles. The complete location and sculpted terrain are meticulously drawn and serve as the ideal backdrop for the next events. Also, the character designs for the mecha robots are fantastic, and witnessing their fight with fascinating superpowers is one of the anime’s main draws! The anime does have some unique and interesting concepts and plots that lend credibility to it. Its raunchy and frantic battle sequences are hilarious. The theme song and soundtrack serve as ideal brackets for each episode’s coverage of specific events. You’ll enjoy Code Geass if you can stomach all the blood, destruction, and brutality while still addressing philosophical problems.