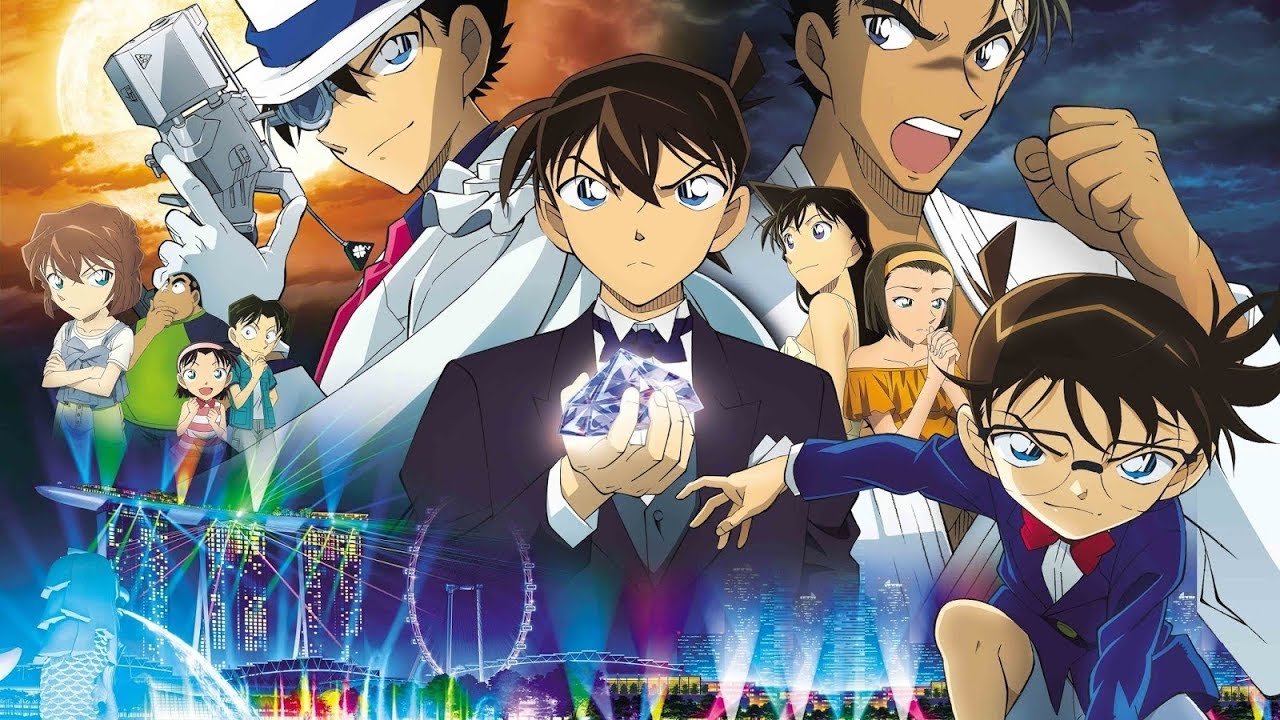 The cases of Detective Conan have been rising for a vast period of time. It started on January 19, 1994, as an anime written and efficiently illustrated by Gosho Aoyama then this thrilling set of cases was turned into an anime series by TMS entertainment. It has been categorized under the shonen genre and is published in Shogakukan’s shōnen manga magazine Weekly Shōnen Sunday. The manga has also received notable awards. It had a list of 100 tankobon volumes till October 2021.  The manga was highly renowned as it became the fourth best-selling manga with a sale of 250 million copies worldwide.

The anime series hit the screens in January 1996 and has been going on ever since. The show is also known as ‘Case Closed’ because it was licensed Funimation in North America under that name. The directors of this show were multiple and different under sets of episodes in the following sequence: Kenji Kodama from episode 1 to episode 118, then there was Yasuichiro Yamamoto followed by Masato Satō and Kōjin Ochi. Finally, the episode from 975 until now is directed by Nobuharu Kamanaka. It has very successfully viewed and regarded 1037 list of episodes. It has two major producers which are TMS entertainment and Yomiuri TV.  The manga saw several other extensions such as movies and video games.

The cases of Detective Conan have been steadily going on for a long time. Hence, the cases have not closed as of now. The story revolves around the impeccably smart and high-witted high school kid who plays the part of a detective named Jimmy Kudo. He helps the cops in solving cases but then a member from the enemy team feeds him a poison to dangerously harm him but it ends up giving him a new identity. Jimmy tactfully uses this identity to solve further cases. He lives with his friend from elementary school called Rachel Moore and her father called Richard Moore. Richard Moore is a private detective. Hence, the inquisitive and intelligent ways of Jimmy and Richard wind up together to show entertaining unriddling of cases.

Gosho Aoyama created this manga which has been published in Weekly Shonen Sunday. It started being published on January 19, 1994. The publishing of its volumes has been so long and consistent that it became the 24th longest-running manga series. The chapters were sectored under volumes and the first volume was launched on June 18, 1994. The series reached the launch of one hundred volumes on October 18, 2021. Viz Media helped the launch of the manga in North America from June 1, 2004, as the name ‘Case Closed’ with the first volume releasing on October 2021.

Also Read: Will Reiner Braun Die At The End Of Attack On Titan Anime?

There are four major protagonists in the story. The first one is called Shinichi Kudo called Jimmy Kudo in English. He studies in a high school and collaborates with the police members. He faced struggling pressure and was forced to consume an external poison by a member of a Black organization. An unconventional side-effect of this poison is the way it made him shrink and turned him into a child. Being the smart individual, he turns this position attack into his strength as makes his new identity a part of his game plan and called this identity ‘Conan Edogawa’. He was voiced by two different actors namely Kappei Yamaguchi for Jimmy and Minami Takayama for Conan in the anime. His love interest is Rachel Moore but he is too reserved to convey his feelings to her. She is capable enough to protect herself physically because she is the leader of the Karate team and regional champion. She also has feelings towards our main protagonist, Jimmy Kudo but is too shy to admit it. She has been with him since elementary school. Another two major protagonists are called Ran Mouri and Kogoro Mouri.

Where to Watch Detective Conan?

The Detective Canon cases are currently streamed on Netflix and the trailers of all the cases and interesting cases are viewed by YouTube. Hope we will hear about your views on this manga. Check out our other articles on manga on our website.