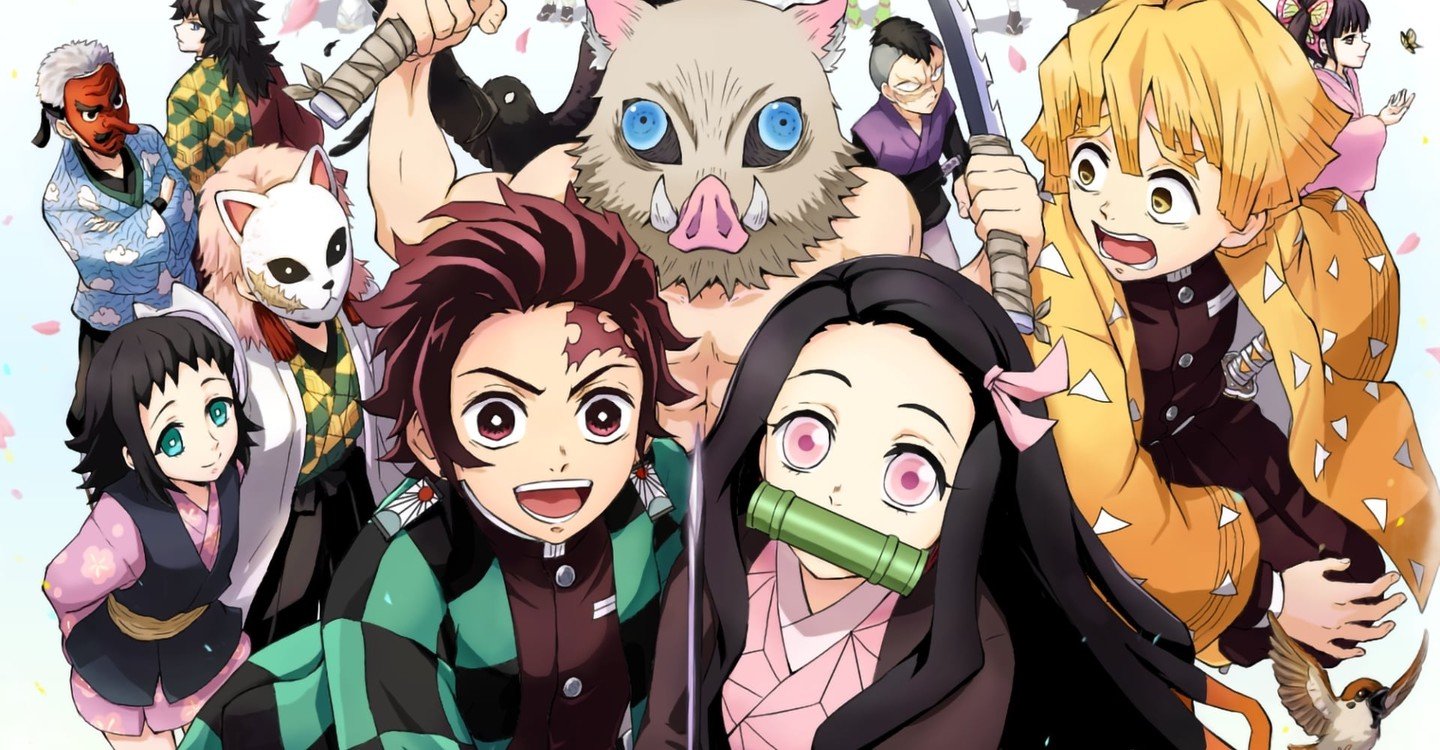 Tanjiro Kamado, a teenage boy, is at the center of this popular series. Demon Slayer is Tanjiro’s journey to strive as a demon slayer. His family got slaughtered; his younger sister turned into a demon. As a result, he decided to become a demon slayer.

Before we get to the main question, those unaware of this show can read the introduction to know the basics of the Demon Slayer universe.

Doma and Akaza both have earned Upper Ranks out of the Twelve Kizuki. They are the antagonists to Tanjiro Kamado in the Demon Slayer.

Both the demons are strong and have immense abilities throughout the Demon Slayer show. But when the question is asked: Is Doma Stronger than Akaza? We have a clear answer.

Is Doma Stronger than Akaza?

Doma defeated Akaza in the blood battle when Akaza had the UM2 rank. This victory earned Doma UM2 rank, pushing Akaza down to Upper Rank 3.

Doma is powerful in long and short-range combats; Akaza has close-range moves. Doma is also faster than Akaza. His speed makes his movements look like he is teleporting. Doma thinks one of the reasons for being powerful is eating more women than Akaza.

Doma’s power is unimaginable. In the final arc, they needed three demons (Shinobi, Inosuke, and Kanao) and a whole lot of poison to finish him.

Although Akaza is strong, Doma has a higher rank, dangerous powers, and super-advantageous traits that give him a superior edge.

What Are Doma’s Strengths?

Doma earned Upper Moon 2 by defeating Akaza. He is the second most powerful demon in the Twelve Kizuki and the third after Muzan.

Doma’s Blood Demon Art is Cryokinesis, one of the most dangerous powers. Doma can turn himself into an ice clone, that is, as dangerous and harmful as the original. The ice can break the lungs if inhaled by any human. Doma can make innumerable ice clones through his flesh and blood, having the same capabilities as the original Doma.

Kanao and Shinobu both fought these cryokinesis powers of Doma. Doma also uses a martial art style, tessenjutsu, at the same time with the ability to turn into an ice clone.

The powerful Doma has incredible speed and reflexes. With a blink of his eye, Doma can take away the sword of Kanao. He also causes deadly wounds to Shinobu, one of the fastest Hashira.

Doma has unlimited durability, stamina, endurance, along with regenerative capability. He can adapt to any inner or outer wound. This demon can fight without getting tired.

The most impressive power of Doma is not being affected by any pain. Even deadly injuries do not cause him any pain. Doma fights relentlessly without giving a thought to the injuries he suffers. He displays no emotions towards anyone or anything.

MUST READ| 14 Most Powerful Demons In Demon Slayer!

Akaza was defeated by Doma, pushing him down to Upper Rank 3. Akaza is the third most powerful demon in the Twelve Kizuki and fourth after Muzan.

Akaza can resist Muzan’s mind control. It is one of the biggest strengths that Akaza has.

Akaza’s unshattered willpower helped him regenerate half of his head when Tanjiro beheaded him in a fight. This power gives him an upper hand while fighting with Doma.

Akaza showcased his strength of reflexes fighting with two of the fastest demon slayers, Rengoku and Giyu.

Akaza has a hard rock body. As he has undergone intense pieces of training, he evolved into a demon with a rock-hard neck.

Akaza mastered Soryu, a bare-fisted martial arts style, as a human. He retained the skills even after turning into a demon. Akaza can combine shockwaves with these martial arts.

Akaza’s other strength is his Blood Demon Art, i.e., Destructive Death. It is in conjunction with the Soryu martial art style, making Akaza powerful in short-range combat.

MUST READ| Who Is Kokushibo In Demon Slayer? Know Here

Is Doma Stronger than Kokushibo?

No, Doma is not stronger than Kokushibo. Kokushibo has earned the Upper Moon 1. That means Doma is a rank below Kokushibo. It might seem like the difference is just of ranking, i.e., UM1 AND UM2, but it makes a lot of difference.

Kokushibo is much more powerful than Doma. Kokushibo’s combat experience, skills, and powers are superior to Doma’s. Fans might argue about Doma’s ice clone technique making Kokushibo’s Moon Breathing useless, but that is a hypothetical possibility.

Doma is not as fast as Kokushibo. Kokushibo’s powers can awaken a Demon Slayer Mark to enhance his abilities. His powers also give him the ability to look into the Transparent World.

Kokushibo is so strong that he can fight with four marked Hashira altogether. Kokushibo has more years of experience and has won many Blood Battles compared to Doma. One of the biggest strengths of Kokushibo that his enemies should never underestimate is his Nichirin katana.

Owning a Demon Slayer helps him gain knowledge to fight demon slayers. Because of this knowledge and experience, he can even predict the moves of demons.

Is Doma Stronger Than A Hashira In A 1v1 Fight?

Yes, Doma is strong enough to beat a Hashira in a 1v1 fight. Doma has proved it by defeating Kanae Kocho, the Flower Hashira. Doma also managed to escape multiple times from Shinobu Kocho, the Insect Hashira.

There are multiple scenarios where Doma is fighting against a Hashira. Doma was powerful enough to beat Sanemi, Gyomei, Muichiro, and Genya.

Doma would have continued fighting if the poison from Insect Hashira Shinobu did not kill him.

Is Akaza Stronger Than A Hashira In A 1v1 Fight?

Yes. Like Doma, Akaza is strong enough to beat a Hashira in a 1v1 fight. Akaza can easily be victorious in fighting against Kyojuro Rengoku, the Flame Hashira. Although, some Hashiras can defeat Akaza in his base form. These Hashiras include Sanemi and Giyu with their Demon Slayer Marks.

But even Sanemi and Giyu cannot kill Akaza in his evolved form. In Akaza’s evolved form, he does not die even after beheading him.

In the final battle, Akaza is defeated by Awakened Tanjiro and Awakened Giyo in the Infinity Castle arc.

Demon Slayer is an adaptation of Demon Slayer: Kimetsu no Yaiba, a Japanese manga series written and illustrated by Koyoharu Gotouge. Tanjiro Kamado is the lead character in Demon Slayer. He is a teenage boy whose family got slaughtered. His younger sister Nezuko turned into a demon. Tanjiro Kamado has decided to become the Demon Slayer.

On 6 April 2019, the first episode of Demon Slayer got released. Since then, the craze for this show has gone to the next level of heights. It is not so easy to get such love from the audience.

The show successfully grabs the viewers’ attention and engages them right from the start. The animation is top-notch. The storytelling cannot be any good than it already is. The writers have worked hard on the build-up of the characters. Each character has a unique personality and unforgettable presence.

This anime is a masterpiece. Great Story. Nice visuals. Amazing animation. There is not a single negative aspect of this show. The show wholly deserves the love and praises it is getting.

Demon Slayer anime show consists of approximately 24 minutes per episode. Till now, the show has had three seasons. The show Demon Slayer Season 3 has received immense love from the audience again.

The show has received a good rating of 8.7 from IMDb. MyAnimeList. New has rated the show with an 8.6 rating. Demon Slayer is a must-watch show that you cannot miss. If you have not watched it yet, why are you still waiting? Watch and get amazed.

Where To Watch And Read Demon Slayer?

Demon Slayer is an anime show adapted from the Japanese manga series Demon Slayer: Kimetsu no Yaiba. The first episode of Demon Slayer got released on 6 April 2019. Since then, the audience has been showering their love for this show.

The show has been available for streaming on Netflix and Funimation. To watch Demon Slayer on Netflix, you need a Netflix account and subscription.

The original Japanese manga version of the series is available on the official website and several other websites on the Internet.

MUST READ| Anime In June 2022: Upwaited Anime Coming Up?