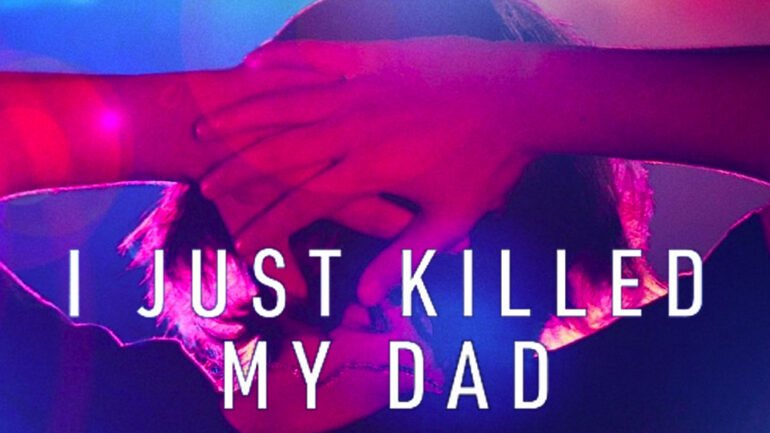 Netflix has been one of those platforms that have given its users some unnerving, untold, unknown truths, incidents, and, facts that have created a stir every time. Almost every now and then the OTT platform releases a documentary that has so much impact on the viewers and society. When talking about documentaries Netflix has come up with several documentaries in the genre with the last one being Girl In The Picture which has grabbed a lot of attention and it has received a lot of acclaim and good reviews for its extensive research and presentation.

In Fact, it became such a hit that it went on to get a position in the list of Netflix’s Top 10. But you must be thinking that why am I really talking about documentary and crime? I am talking about it because today the article is covering an upcoming crime documentary series that will leave you on your toes.

The docuseries that I am talking about is none other than I Just Killed My Dad, which is all set to be released on Netflix. The name is intriguing right and might be putting so many questions in your head, right? Let me tell you the story is exactly as the title sounds. Someone really killed their father and the story is not simple, there are a lot of things that need to be untwisted in order to understand what exactly happened. The docuseries is directed by Sky Borgman and produced by Half Yard Productions with Nicole Sorrenti as its executive producer.

You might find Skye Borgman’s name quite familiar and it is not wrong because he has another very famous crime series under his name that was released on Netflix called Abducted in Plain Sight, Girl In The Picture, and many more. The docuseries since its trailer release has raised several questions and debates everywhere making it one of the most trending topics, and, why so, because the one who reportedly has killed their father is not denying the crime committed. Shocked? Well, we were too. And that is why the documentary cum series has grabbed all the attention and gripped many eyeballs.

Now the biggest question that has been raised since the release of the series’s trailer was whether this series is based on a true story or not and I am pretty sure that you are thinking the same thing. Well, this article will give you the answer to this and will tell you even more about the upcoming series. So, let’s get started with the discussion.

Is I Just Killed My Dad True Story?

The audience is waiting to witness the crime story directed by the award-winning director Skye Borgman which is all set to be released on- Well, you will get to know the date in the article further. The trailer of the series has already raised a lot of voices because of the intriguing title and after reading the synopsis and watching some snippets of the upcoming series.

But one question that everyone would like to know the answer to, is that this docuseries is based on a real incident. Did someone really kill his father and if he did then why? Well, the answer is that the docuseries I Just Killed My Dad is really based on a true story. The whole incident is actually true and took place on June 3, 2019, when a young boy actually reportedly killed his father ‘dad’.

This truth about Anthony Templet and his family has never been made public or discussed openly. But has affected him and his family deeply. The ‘real’ factor of the story adds that extra curiosity increasing the thrill to watch the series even more.

READ MORE: Pose Season 4 Release Date Is Announced Or Not?

I Just Killed My Dad Story

Now since we know that the story is based on a real incident, you must be thinking that what exactly happened and what will you get to know in the docuseries, right? Let me explain what exactly the story is.

The docuseries is going to explore the psychology of Anthony that actually led to such an incident and what he had to go through after that. As per the WAFB reports the boy aged 17 at the time of the incident on which the docuseries is based called Anthony reportedly killed his father named Burt after the two of them had an argument. The reason for the argument was Anthony’s phone.

According to the reports, it is said that Anthony’s father aka dad named Burt went through his son’s phone. He did this in order to find out if Anthony, his son has contacted his mother named Susan who happens to be Burt’s ex-wife. Anthony caught his father red-handed which was followed by something that changed everything and gave the reason for a docuseries.

As Anthony said, his father was quite drunk and, in that state, attacked Anthony which was followed by a fight between them. Anthony then ran to his father’s room. In the room, he found a gun. According to Anthony’s description of the incident to 911 he actually locked the door behind him when he entered his father’s room and then found a gun. After finding the weapon he opened the door and found his father who was trying to do something (not mentioned or known yet) followed by Anthony shooting his father.

According to the reports Anthony made efforts to shoot his father in the head. He shot his dad three times as he couldn’t understand whether he has shot his father or not. But when he witnessed the blood on the floor, he made an assumption that he had been shot. Apparently, Anthony’s father did not die immediately after he was shot but died a few days later in the hospital.

In the trial for the death of his father Anthony claimed that his father was abusive towards him and finally in 2021, he was found not guilty of the negligent homicide that took place in 2019. He received supervised probation for five years. He is also said to have his name cleared from the record if he actually manages to get a degree of GED, agrees to get counselling, and manages to find a job or gets himself enrolled in a full-time course.

In the docuseries, the viewers will get to see and listen to the emotional and psychological state of Anthony both before the incident that led him to take such a step and in the aftermath. And a lot of answers have become the cause of debate. In short, you will have to watch this series in order to find out everything that you want to find out and understand.

I Just Killed My Dad Cast

The series is a documentary that will show Anthony talking about the incident and the experiences that he is having in its aftermath. Apart from this, there are several other people who will give insights into this incident. But they will be introduced in the series itself. Thus, there is no star cast apart from experts and family members, and others who have shared their words with the audience.

READ MORE: Can You Guess Who Does Mel End Up With In Virgin River?

When Is I Just Killed My Dad Releasing?

The docuseries based on the actual crime story are actually knocking at the door. Thinking, why am I saying that? Because the series is actually releasing really soon. It is releasing on August 9, 2022. So, mark the date to find out everything from Anthony himself.

I Just Killed My Dad Trailer

The trailer of the docuseries by Skye Borgan was released on July 28 where we can see Anthony Templet himself all set to talk and share his experience about the incident. It can be heard in the trailer that he does not deny his doing and say that he has done nothing wrong. The trailer itself is enough to make you understand how complicated the situation is and will force you to find out everything he has to say. Since the release of the trailer, there has been a lot of discussion on social media on deciding whether what he did was right or not.

But it is known that the court found him not guilty which means that we need to see to find out the answers from the mouth of the one who was there in that situation. If you haven’t watched the trailer yet then you can watch it as it is available on Netflix’s official YouTube channel and on Netflix.

Where To Watch I Just Killed My Dad?

Did you get intrigued after reading the story above and would like to watch the docuseries? Then let me tell you that this series is exclusively available on Netflix. It will be divided into three parts which means that we will be getting three episodes of the series. So, get prepared to find out the answer to this unnerving incident, why exactly Anthony shot his father and what were the repercussions of it.