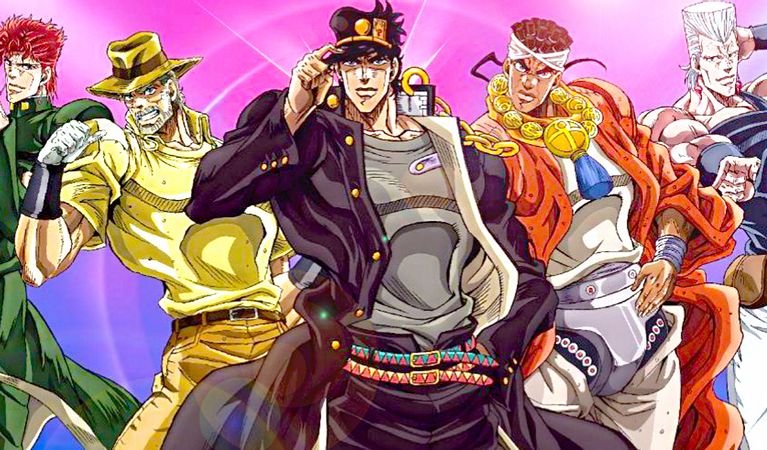 Jojo is the abbreviated version of the name Jonatha Joestar, a fictional character from the anime series called ‘JoJo’s Bizzare Adventure.’ This article will give you a deeper insight into the character and show itself so we can decisively conclude if the show and the character are worth watching and deserving of your precious time. ‘JoJo’s Bizzare Adventure.’ as the name suggests is an adventurous show with supernatural elements and brilliantly bizarre enough to keep the viewers addicted to the show. This mystic has all the colors of action, comedy, and a smart plot on its palette. The manga created by Hirohiko Araki that goes by the same name has inspired this anime series which was 137 volumes starting from 1987 till now. It was produced by David productions and streamed initially on Tokyo Mx. Then it was followed by Animax, 4NN stations, and BS 11. It has a total of five seasons. The first episode of the first season aired in October 2012 and the last episode of the fifth season aired on December 2021 and was also streamed on Netflix.

‘Jojo’s Bizarre Adventure is an amazing visual treat to the eyes when one looks over the character designs and animated effects. The plot majorly revolves around a psychic family that is enormously built with magical and supernatural power. Almost every episode is jam-packed with actions as the characters used their creative mystic powers to achieve their goals and required mottos. The show takes the viewers on an ancestral ride where they show the fight of a particular descendant against evil. The evils and villain roles are also marvelously executed because they are created as twisted as an individual to make the hero seem powerless. This acts as another factor that makes the show extremely gripping on many levels through all the seasons.

The first narration begins with Jonathan who belongs to England and has problems with his adopted brother, Dio Brando. The plot proceeds to show the change of Dio turning into a dangerous vampire who must be controlled and stopped at all costs. Jonathan takes up the role of defeating Dio as masters a new skill called ‘Ripple ‘ that typically helps to destroy vampires. This keeps going on in all the other seasons too though the thrilling display of rivalry with extraordinary powers is shown in a more evolved and exciting environment setting with each passing season. Each season is just made to seem strung together but they all have unique and refreshing storylines to provide a new obsessive flavor to the audience. Each plot has different protagonists such as Jotaru Kujo followed by Joseph then Josuke who is the son of Joseph. All these characters are immensely powerful and their own special abilities are something you can look forward to. Although it is indeed a very heavy series with violent twists and carefully sorted psychological bends that can take up a lot of one’s mental energy. The whole show has a flare of the 1980s which is quite natural when considering the era when the manga that inspired it came out. It does have gap areas that might be difficult to make sense of from a strictly logical perspective. On the other hand, this series is a delight to watch for fashion lovers because they have a sense of extravagance as the costumes are mostly custom made keeping the concept of their individualistic traits and superpowers in mind. They all look very stylish, appealing and are definitely note-worthy! There are also many strong female characters that overcome the cutesy, vulnerable female presence as shown in most old animes. It does have remarkable inclusion of feminism.

Also Read : Is My Hero Academia Worth Watching?

There are numerous and confusing characters in the show ‘Jojo’s Bizarre Adventure’. The title of ‘JoJo’ who is the protagonist in each season remains intact but the title is owned by different members of the same family throughout generation after generation. The list of the characters’ personal names chronologically is- Jonathan Joestar then Joseph Joestar then came Jotaru Kujo followed by Josuke Higashitaka then ultimately comes Giorno Giovanna in the last season. David Vincent along with Daisuke Ono did a brilliant job of voicing as the narrators.

The trailers of all the seasons of the show are a quick sneak peek into this exciting series. They are all available on Youtube. Click on the link below for another insight into an appealing anime. Or if you want to watch this series on Netflix then click here.