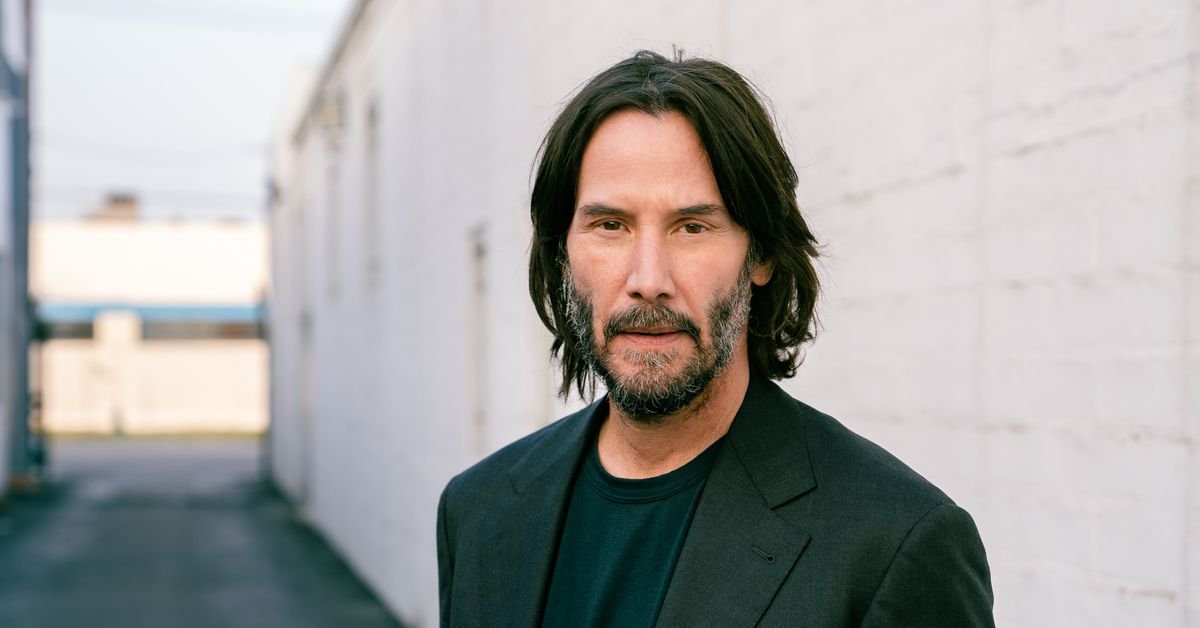 Keanu Reeves, who you all might not know pretty well from the movie Youngblood, The Matrix, Speed Constantine, and many more. Born on September 2, 1964, the actor is a renowned actor in the film industry for all the genres of films that he has been part of. He has been part of films from a very young age but he is not just known for his films but also for his philanthropic work, his writings, his direction, and also for playing the guitar.

However, for a very long time, one thing that has been confusing all the fans of Reeves is his presence on Tik Tok.; After seeing some videos, many fans are confused as to whether Reeves is really on Tik Tok and posts videos or is it just another case of look alike which is very common nowadays. Thus, we are here to give you the answers. So, start reading.

Is Keanu Reeves On TikTok?

One of the most trending and confusing topics that have been existing for a long in social media, especially on Tik Tok is the presence of Keanu Reeves on Tik Tok. Fans have been confused for a long time about Keanu Reeves and Tik Tok especially after witnessing videos where the users have found Reeves in several videos. Therefore, the burning question has always been whether he is really on Tik Tok or not, and we, as we said earlier are here to clarify this confusion and answer your question.

So, the very first thing that we would like to clarify is, that Keanu Reeves is not on Tik Tok. The reeves that you all get to see is a look-alike of him. In fact, the look-alike who has garnered so much popularity has actually kept it very clear for all the users that he is not Keanu in reality. The look-alike has his account named @unreal_keanu and his bio also claims that the account is actually dedicated to making parody making it pretty clear that the user you all have been watching under this username who you have believed to be Keanu is actually not Keanu in reality but a look-alike only.

The Tik Tok user thanks his similar looks to Reeves and the funny videos that he makes have gained a huge follower base surpassing 4.2 million followers. Even the videos he makes are not something that is related to Reeves completely. So, all of you have been confused for so long not can take a breath because the real Keanu Reeves, the actor is not on Tik Tok and the one you have been watching is not Reeves but just a similar-looking Tik Tok user.

Who Is Keanu Reeves?

Keanu Reeves is the famous Canadian actor about him you all are aware of pretty well because he has given some remarkable performances on-screen that are not easy to be erased from the mind. Born in Lebanon, Keanu Reeves was born to Patricia who is a costume designer and a performer, and to Samuel Nowlin Reeves Jr. He is from a mixed descent family. At a very young age, Reeves’ father left the family, and later they got divorced. Followed by the divorce Reeves’s mother shifted to Sydney, followed by New York where she got married to Paul Aaron. Then the family moved to Canada but then got separated. At the age of 9, Reeves took part in theatre.

Paul played a very important part in Reeves’s life as he used to give him suggestions and advised him. After the divorce, Reeves’s mother got married to Robert Miller but the marriage didn’t last long and they got divorced. She married again but that also didn’t last long. Reeves also has a sister and they grew up in Toronto and were looked after by a nanny. Reeves have been part of four different schools. He then got into De La Salle College where he used to play ice hockey and was an amazing goalkeeper. He wanted to become an ice hockey player for the Canadian team but he ended up becoming an actor at the young age of 15. He then got admitted to another school where he could study as well as work as an actor but then he dropped out. After 3 years moved to LA thanks to his stepfather through which he could get a green card but then he keeps his Canadian citizenship as well.