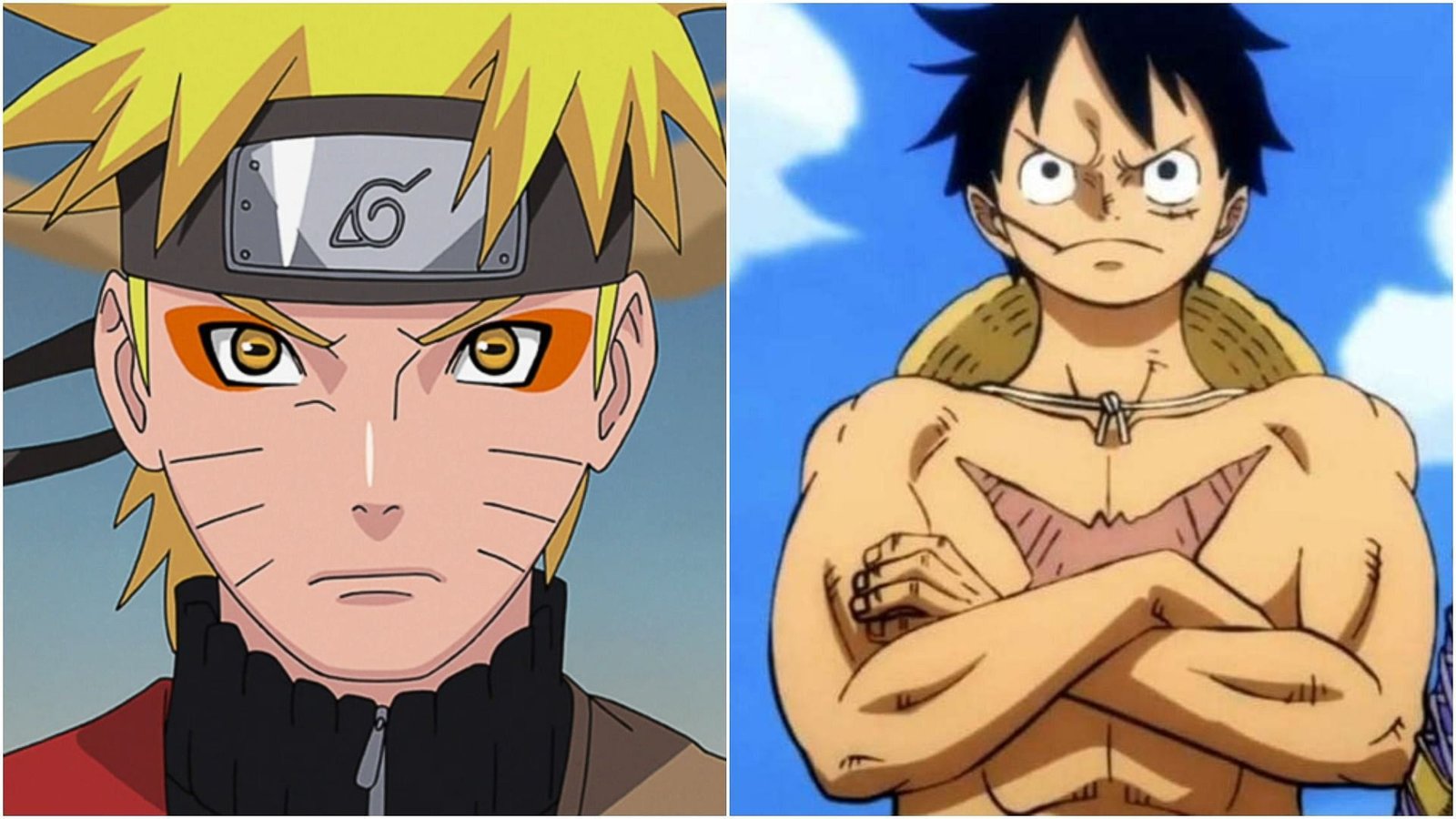 Naruto and Luffy are two of the most well-known characters in Weekly Shonen Jump.

For many years, the Shonen Jump’s Big Three titles, One Piece, Naruto, and Bleach, dominated the anime community. These characters had humble beginnings, but with each fight and adventure, they grew stronger. Many people questioned who would win a fight because of the disparity in raw physical strength between the two main characters.

Naruto and One Piece’s Luffy were rumored to face off. Naruto and Luffy’s distinct powers and abilities make determining who is stronger difficult. The analysis of both characters’ strengths and weaknesses, as well as the incredible limits they can both reach, aids in determining who will win.

Is Naruto Faster Than Luffy?

The main distinction between these two fighters is their skill set. Luffy’s elastic body can be stretched to its maximum potential after consuming the Gum-Gum Fruit. He can snap his fists like a stretched rubber band and change the density of his muscles and skin, in addition to his Gear abilities. Some of the advantages of Luffy’s Gears include super strength and immunity to attacks. When Luffy is in Fourth Gear, the friction between his fists and the air causes fire.

His command of Haki increases his power. Through the use of Haki, the all-pervading supernatural energy, Luffy gains superhuman physical and mental abilities. He’s a near-indestructible force of nature with Haki. During his fight with Doflamingo, Luffy’s King Kong Gun attack on Dressrosa was said to have caused the earth to split apart.

Naruto, On The Other Hand, Is In A Class By Himself

Even if Naruto Uzumaki is a formidable opponent, pitting Luffy against him is unjust. His chakra mastery is unrivaled in Naruto’s world. Two of his specialties are speed and energy control, which allow him to travel much faster than the average person. Naruto’s abilities are far more diverse than Luffy’s, which are heavily centered on body modification and manipulation. He has the ability to summon Shadow Clones, generate concentrated energy (as Rasengan does), and summon the Nine-Tailed Fox spirit within him (as seen in the Rasengan technique). This calculation excludes his Sage Mode, which allows him to stack even more power-ups on top of each other. Even if Naruto transformed into his most powerful form, Kurama Mode, he would still be no match for Luffy.

When Naruto and Sasuke work together, they have enough raw power to destroy an entire continent. Despite his best efforts, Luffy was knocked out in a few punches by Kaido, a Pirate Lord capable of melting mountains with his breath. Luffy isn’t particularly intelligent, aside from the fact that he has a massive power advantage. Naruto, on the other hand, is a cunning trickster who can deceive his opponents through deception and strategy. If Naruto’s overwhelming power wasn’t enough to stop him, he’d have no problem using Luffy’s weakness to water against him.

But what if Luffy could outwit Naruto’s Shadow Clones and withstand his Rasengan while evading Naruto’s incredible array of attacks? Assume Luffy possessed a few good luck charms. When it comes to Naruto, it makes no difference how powerful Luffy’s attacks are. In addition to his incredible stamina, Naruto’s vast chakra reservoir allows him to regenerate from most wounds. The Sage of Six Paths Mode is also available, in which Naruto’s abilities soar to absurd heights that he can dodge attacks moving at the speed of light. Naruto summons three different Shadow Clone avatars of Kurama, the Nine-Tailed Fox, to form one monstrous beast in the even more powerful Asura Kurama Mode. By this point, Luffy has been defeated three times.

So, Who Will Come Out On Top?

However, Luffy is a speed demon who cannot travel faster than the speed of light. Not as strong as Luffy, but still formidable. However, in comparison to Naruto, Luffy’s Haki command is unremarkable.

However, Naruto could win by simply blowing up the island on which they are fighting, allowing Luffy to fall into the sea. Luffy is a walking duck because he is immobile in water. Assuming Luffy, despite his endurance, can stand up to a stronger shinobi than anything he’s ever faced, including Kaido. It would not be an easy victory for Naruto if he were to win. For him, it would be a piece of cake.