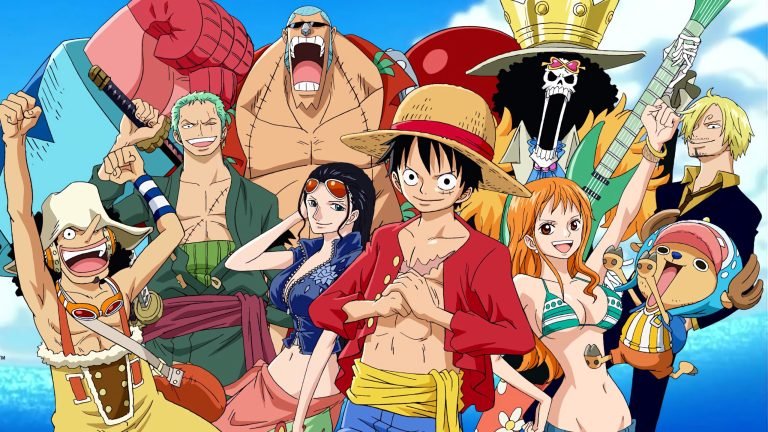 I am back again with another anime, but this time with an interesting fact and not any updates. Tell me something first, have you watched One Piece? What and how did you feel? And after watching was it worth your time? In dilemma? Well, what am I here for, if not now!

And those who are in doubt whether to watch this anime. For those, this is the place which will help you with your answer. Then folks keep reading.

The anime made its debut in 1999, yeah, I know for some even before you were born. And surprising enough it’s still on the air. The manga published its first volume in 1997 and after 101 volumes it is still published. The manga-adapted series has a total of 1011 episodes.

Rated 8.7 by IMDb, 8.62 by My Anime List (MAL), and 4.7/5 by Crunchyroll; the anime will simply blow your mind. The action, adventure, comedy, drama full of fantasy and laughter is one of the top-rated animes voted by MAL as fans’ favorite.

The anime is adapted from a manga written by Eiichiro Oda. The superpower shounen comedy-adventure anime runs for 24 mins each. You will find the anime available on Netflix, Funimation, and Crunchyroll.

The Fall anime is extremely popular as it holds #26 places according to its popularity. The manga to is a bestseller.

And according to Business Insider, this is the most popular anime and also the fourteenth most popular Tv show in this entire world.

This is where the title comes in. The name of this hidden treasure is One Piece. Everyone has eyes on this. Will they be able to get it and what will their journey hold? Watch the anime now!

This may be a huge anime to watch with one sitting. But who is asking you to? Take your time but give this anime a watch for sure. You will enjoy the story wholeheartedly.

Is One Piece Worth Watching?

Now many of you may have this question larking inside your head. The anime is so huge and also old and not to forget it is still streami9ng. So should the audience give this one a watch? Well, certainly I am quite optimistic. Don’t go by the size, it’s the taste that matters right. So similarly, this anime deserves all the love from its viewers. I will say only one word: it’s a masterpiece ladies and gentlemen.

Even if you are still struggling to run this, then you can go for the manga volume.

From the viewers, who have already watched the series they recommended this one to everyone and they too certainly enjoyed it as well. And cummon guys, each episode takes only 20 mins of your time, so you can watch it for sure.

The show offers the theme of friendship, action, emotional conflicts, suspense, thrill, action, and one of the most important things, and that is laughter.

This is one of those series that shows that the hero is not always loved and the antagonist is not always hated. With each passing episode, you will crave more and more.

What Difference Does It Make?

I will agree with you on this that the show gets pretty boring and monotonous at one point in time. But in spite of all these the show makes your time worthwhile as each episode has something new and different to show.

With its high and low, still, the anime sticks to you and you can relate and who knows to some it’s a perfect binge-watcher as well.

Whether it’s the anime or the manga it’s up to you, which one you would prefer over the other. And at the end of the day, my suggestion is whatever be it. This is definitely not only worth your time but also your interest.

So keep watching, keep reading while we get back to you with yet another interesting fact or update. Keep following the pages and stay tuned for more!