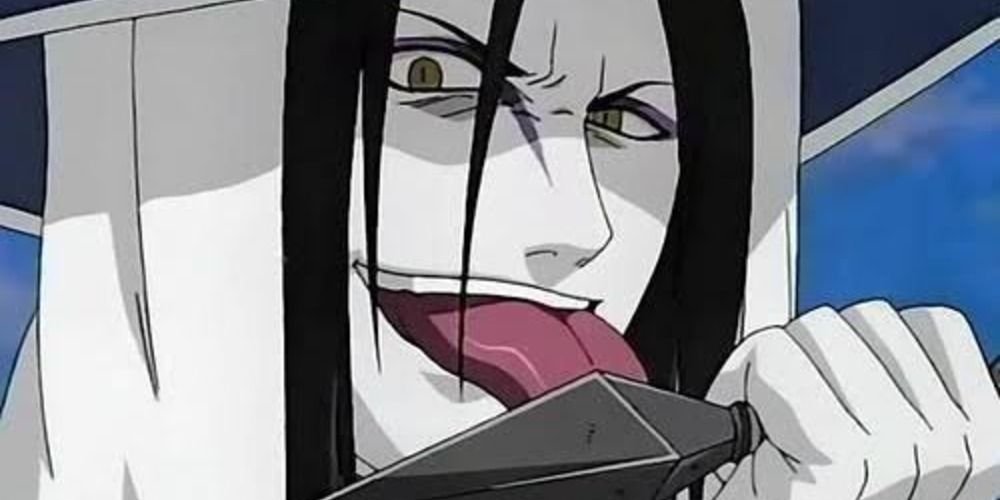 Orochimaru first appeared in Naruto Chapter 45, and since then has had a rocky history with Naruto fans. He was an orphan who, together with Jiraiya and Tsunade, became students of the third Hokage (Hizuren Sarutobi). Hizuren regarded Orochimaru as a once-in-a-generation prodigy because of his intelligence. Despite his abilities, intellect, and determination, he had a reputation in the Naruto series for having a warped mentality, which even Tsunade acknowledged. His sadistic behavior was attributed to his parent’s deaths. Characters like Jiraiya and Naruto fans alike theorized that Orochimaru studied ninjutsu to forget his horrible history.

Is Orochimaru Good In Naruto?

Orochimaru was the infamous enemy of Naruto, carrying a heavy burden from his history and not fully understanding how to deal with grief healthily. He was known for putting many noble ninjas to death. For personal gain, he even sacrificed some of his people. No one was safe, including his beloved acolytes. The threat of violence accompanied him wherever he went. I’m not sure if he’s being good now or if the leaf is keeping a close eye on him so he can’t do anything terrible.

Orochimaru did not get along with the formidable ninjas Sasuke and Naruto during the series. When Orochimaru sought to make him a new vessel, Sasuke utilized him to gain greater power, then rejected him. Naruto just regarded him as the cruel Sannin who took Hokage’s life. These are only the tip of the iceberg in terms of what he did to them. Orochimaru has done a lot more to damage Naruto and Sasuke’s life.

Fans had an entire series to identify Orochimaru with being a stone-cold villain as Naruto developed. They had no idea that when he fathered Mitsuki in Boruto: Naruto Next Generations, his character arc would begin to shift.

Is Orochimaru A Bad Villain?

Orochimaru in Naruto is a complicated character. He was once a compassionate individual, but his desire for power and immortality has tainted his principles over time. He was a good person with personal strife, as the tragedy of battle and witnessing the hatred in the Shinobi society had altered him. Orochimaru is likely one of the more legitimate inclusions on this list, as he is deservedly despised for his horrible deeds, such as murdering orphans to become immortal. However, it would be more proper to despise him because he has been entirely pardoned for the awful crimes he has perpetrated.

Is Orochimaru Evil or Good in Boruto?

In Boruto, he is not wicked; in fact, he was never evil; instead, his desire to perfect all Jutsus led him down the wrong path. He didn’t want his son to walk Orochimaru’s Path for the same reason. Orochimaru, the deceitful serpent who was prepared to do everything for his power and immortality, was always one of the best Naruto villains. By the time Boruto and his son are in elementary school, Orochimaru isn’t exactly a good man. There are signs that he is no longer a raving monster.

Is Orochimaru Still A Villain?

Orochimaru, they claim, is not bad; rather, he enjoys killing and snatching children’s bodies to explore the limits of mortality and accomplish his purpose. They have cast him off as a villain after observing his activities in Boruto, such as his attentiveness to Mitsuki and cooperation with Konohagakure.

He was never wicked in Boruto, but his desire of learning all Jutsus led him down the wrong path. He didn’t want his son to pursue Orochimaru’s Path for the same reason!

Why Is Orochimaru A Good Guy Now?

Orochimaru is a complicated character. He was once a compassionate individual, but his desire for power and immortality has tainted his principles over time. He was a good person with personal strife, as the tragedy of battle and witnessing the hatred in the Shinobi society had altered him.

This imprisoned Kabuto in a looping Genjutsu that would keep repeating until he modified certain acts, which would force him to modify himself with inflection to the amount required. Following that, it appeared that Kabuto had fully transformed into Orochimaru and that this is the so-called “good guy” Orochimaru that has resulted from all of this.