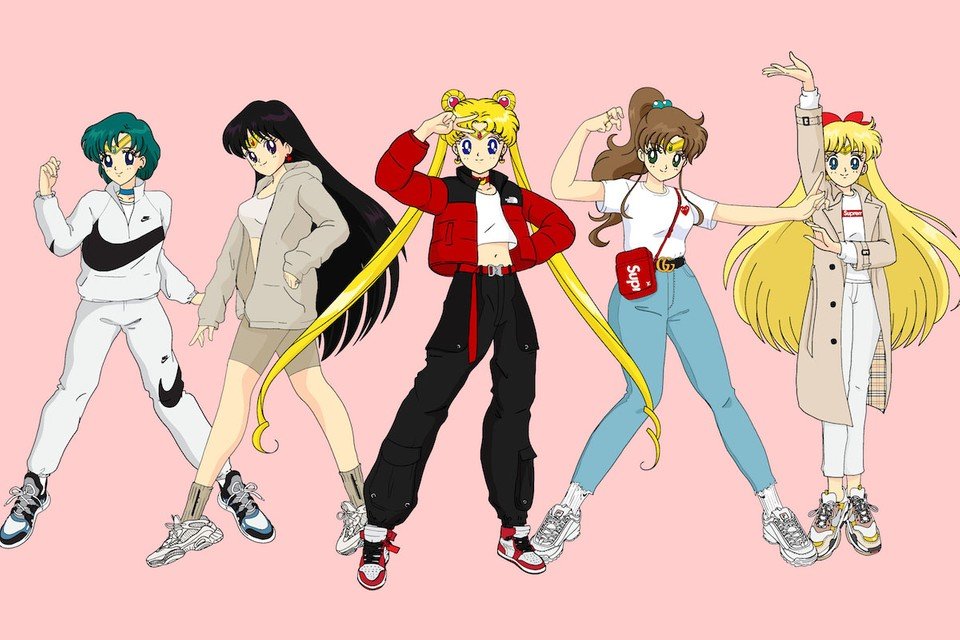 Sailor Moon is a Japanese manga animated series that has been directed by Kunihiko Ikuhara. It is stated as one of the longest series of all and under action genre as well. The series has a total of 5 seasons with more than 200+ episodes so far which is huge. It is all about the magical action adventures of a teenage girl who came to know of her destiny as the legendary warrior, Sailor Moon. Later, must band together with the other Sailor Scouts to defend the Earth and the Galaxy. The story also centers around an air-headed crybaby named Usagi and her friends, Ami, Rai, Makato, and Minako. Altogether it’s a story of a young school-going girl who explores her destiny over a passing period.

The manga was 1st adapted into an anime series and got premiered and broadcasted from 1992 to 1997 in Japan. After receiving big success from its first release, the makers developed three animated feature films, a television special, and three short films as the after sequel of the Sailor Moon. The live-action television adaptation which was named ‘Pretty Guardian Sailor Moon aired from 2003 to 2004. Then, again in the year 2014, the second anime series began simulcasting in the name of Sailor Moon Crystal. As a whole, if we rearrange the series Sailor moon according to its release date, then it comes with Sailor moon at first in the year March 2, 1992. Then comes the Sailor moon R on March 6 of 1993. Following the serial order next is, Sailor moon S on March 19 of 1994. Sailor moon super S in 2002 and finally, on May 16 of 2014, the entire anime series (including all 200 episodes with all three movies and TV specials) was re-licensed for an adapted English language release which is considered to be the fifth and the last part of the series so far.

Is Sailor Moon Worth Watching?

According to many sources, the news of the next sequel’s returning is brewing in the air. Even though it isn’t confirmed yet, the next sequel of the series that is Sailor Moon Crystal Season 4 could come out in 2022. Although there could be another multi-year wait as well.

If the question of worth watching the series ‘Sailor Moon’ ever pops up?

The reason why it is the longest and popular most series is that, ‘The Sailor Moon Franchise has had a huge influence on girls and women which is not limited only to Japan, this craze is all among the world of females. The show’s depiction of strong but relatable girl characters along with its’s stunning artwork has made it a longest-lasting favorite. Which helped it to shape the standards for manga anime that have come after.

MUST-READ: Black Clover Filler List And Everything You Should Know!

As it is mentioned before, this is an elongated series, so it is expected to have an elongated crew of casting as well. Here’s starting with the lead character that is Sailor Moon by Kotono Mitsuishi. His immense contribution brought both the character and the series to another level. Following the list, other major characters, whose names are also associated with the name of the character Sailor moon are Sailor Uranus by Megumi Ogata, Sailor Mars by the pitch-perfect Katie Griffin, Susan Roman by Sailor Jupiter, Karen Bernstein as Sailor Mercury, and Cherami Leigh as Sailor Venus. Coming to some of the well-known actors who are big faces of the anime franchise is Kate Higgins as Ami Mizuno, Nephrite by Katsuji Mori, Mika Doi as Queen Serenity, Diana by Kumiko Nishihara, and many more.

In the last sequel, the final moment of ‘Sailor Moon Eternal’ shows up that, Usagi and Mamoru transform into Neo-Queen Serenity and King Endymion and no longer stay prince and princess. On the other hand, this leads Luna, to exclaim in surprise that they are king and queen, or this is their coronation.

Where to Watch Sailor Moon?

Currently, Sailor Moon’s all the seasons and episodes are streaming for free on Hulu. Though its season 1 in English dubbed is now streaming on Prime video as well. Apart from it, a few years later, Sailor Moon’s season 4 is presented on Netflix too.

Every time, the series comes up with a new sequel its trailers have always been justified its roles by adding a crazy hype among the audience.

MUST-READ: 12 Shows Like Over the Garden Wall Read Now!