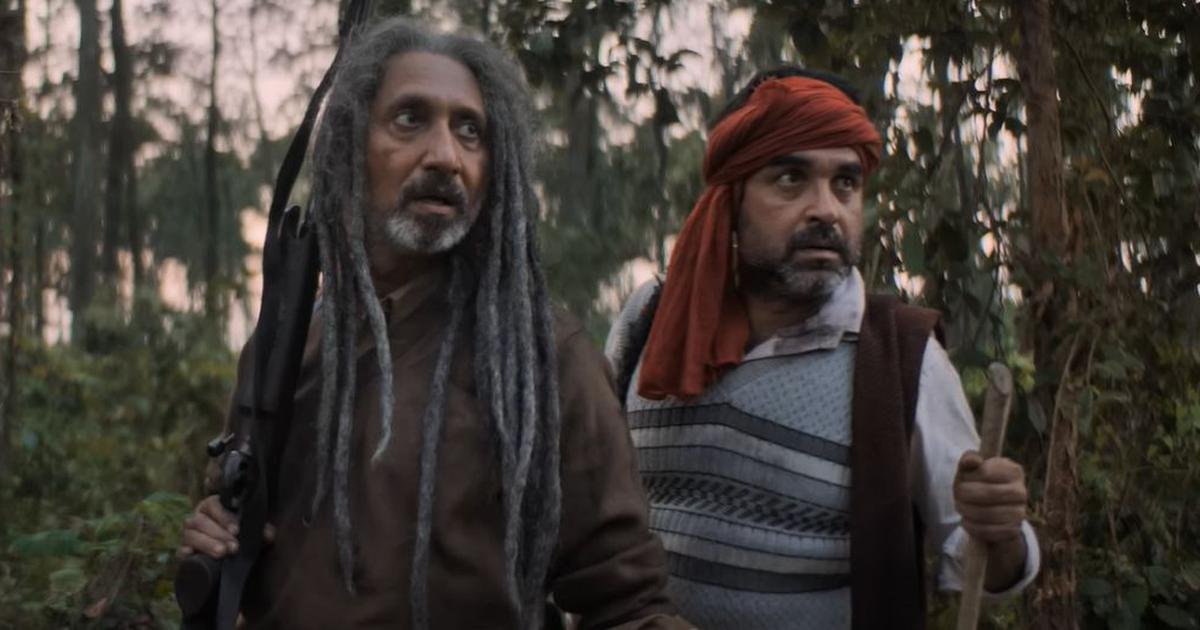 Well to answer the question that has popped into your mind, yes. Sherdil: The Pilibhit Saga is based on true events that have exposed the brutality of human lives and man-animal conflicts. The movie has covered several undiscussed aspects of society and we believe that through bigger screens, and favorite actors conveying a story, this is going to be a hell of a cinema.

In 2022, director Srijit Mukherjee has come up with a unique satirical family entertainer Sherdil- the Pilibhit Saga to the silver screen. This Hindi movie is all set to release in Indian Cinema houses on June 24th, 2022. Well, as promising as the cast of Pankaj Tripathi, Sayani Gupta, and Neeraj Kabi, this movie would also bring up a very crucial and must-have discussion to the surface to raise awareness and provoke thoughts the people.

Well, what is that? In the year 2017 and many years before that year, there has been news regarding man-animal conflict, the negative impact urbanization has, and the effects of poverty on the mental state of humans. This promising movie is written by Srijit Mukherjee, Sudeep Nigam, and Atul Kumar Ray. The movie is known to be produced by Bhushan Kumar and Krishnan Kumar and edited by Pronoy Dasgupta. The cinematography is done by Tiyash Sen. The movie is set to release on 24th June 2022 as a production of the T-Series and is going to be distributed by Reliance Entertainment.

Is Sherdil The Pilibhit Saga a True Story?

Sherdil: The Pilibhit Saga Story is a compelling story that had its inception five years before the time of making. It’s a story that has the potential of bringing up crucial subjects of discussion like man-animal conflict, urbanization, its gruesome impact on farmers, and the inexpressible impact of poverty on the mental health of humans. Often cinema is viewed as a medium that helps traverse ideas and provokes thoughts. Sherdil-The Pilibhit Saga is one such creation. After several incidents surrounding the UP tiger reserve, Pilibhit, the director of Mr. Mukherjee was equally intrigued and curious to make a film about it. This long-term dream was seen five years before this date and finally, the movie is released on your nearest big screens.

And if we talk about the main question, Is Sherdil The Pilibhit Saga a True Story? then the clear answer is Yes, the movie is based on the true events of Pilibhit where some elders went to the Forest to get killed by the tigers to take compensation from the government for their families.

It is the story of the villagers who are suffering from crop failure and famine in their village. Then after some useless visits to government offices, the leader of the village sees the poster which stated that the family of the prey of the deadly tiger would get compensation of 1,00,000 Rs. from the government. In order to take compensation from the villagers, Gangaram (leader of the village, played by Pankaj Tripathy) went to the forest to get killed by the tiger and on his journey, he met with a poacher and they become partners in this.

As mentioned earlier, the director of the Hindi Movie Srijit Mukherjee, who is also an elaborate screenwriter has announced the release of the movie this June. The movie is covering crucial topics that require proper discussion and prevention. How poverty leads to people’s indulgence in several practices which not only spoil the environment and human lives but are also responsible for disrupting the ecological balance which prevails in our environment.

This story which has been created and diligently registered by the director was a long-awaited wait for getting converted into a movie. After the release of the trailer and the date for the premiere of the movie, there was a press conference held where the director agreed that he has been able to create the cinema of his registered idea and story after 5 years of its curation. He even said that he is grateful and happy to present the audience with the story of Gangaram.

After having worked for more than 60 movies and television shows since his debut in 2004, Pankaj Tripathi is a well-known Indian Actor. He was born on September 28th, 1976 and his breakthrough in the world of Indian Cinema was through his role in the antagonistic role in Gangs of Wasseypur film Series. He hails from Bihar, India, and is critically acclaimed for multiple movies. Not just movies, Pankaj Tripathi has also established himself as a web series biggie with several amazing web series like Mirzapur, and Criminal Justice among others.

Indian Actress Sayani Gupta who was born on October 9th, 1985 has appeared in path-breaking roles in several movies and series. She made her debut through a feature film called Second Marriage Dot Com in the year 2012. She hails from West Bengal, India, and completed her education at the Film and Television Institute of India. One of her breaking the stereotype kind of roles was when she played the role of Pakistani-Bangladeshi lesbian activist Khanum in Margarita with a straw.

The trailer of the Hindi movie Sherdil: The Pilibhit Saga is already premiered on the official YouTube channel of the T-Series label and the movie is released on 24th June 2022. This challenging and compelling topic movie is worth the wait and we can anticipate, Mukherjee as a director has done a marvelous job in portraying the true sense behind the raised topic.

Where to Watch Sherdil- The Pilibhit Saga Online?

Well, the movie has been released in the theatres by the makers but it did not do satisfactorily, so the makers decided to release it on the OTT platform, Netflix.