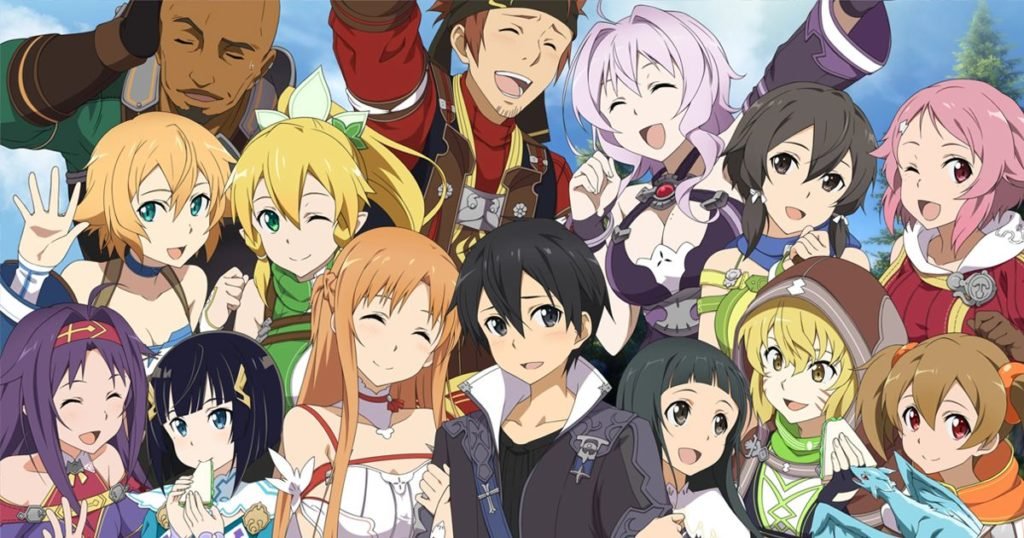 Sword Art Online is a Japanese light novel series, which is written by Reki Kawahara and illustrated by ABEC. It includes adventure and science fiction. The series takes place shortly and kept on focuses on protagonists Kazuto “Kriti” Kirigaya and Asuna Yuki throughout the series. This is because they play through various virtual reality MMORPG (Massive Multiplayer Online Role-playing Game) worlds. This science fantasy has received huge and widespread commercial success, along with the light novels having over 20 million copies to be sold throughout the world. Sword Art Online has a deep and engaging story with some of the great characters who carried the story forward. It is all about the gamers to have lined up on the launch day of Sword Art Online that lets players connect to a virtual reality world with special helmets called Nerve Gear.

The series was first originally written by Kawahara as a web novel on his website within the span of 2002 to 2008. The novel began publication and imprint on April 10, 2009. But it took a spin-off when the series launched in October 2012. At the end of season 1, the anime television series was confirmed for a second season, which was named Sword Art Online II and got premiered on July 5 of the year 2014. Following the series, the third season which was titled Sword Art Online: Alicization began to air on October 7, 2018, and continued till March 2019. Then again, on February 6, 2022, Sunday, Netflix brought its 4th season titled Area of a Starless Night without making the fanbase wait for too long! Now, considering the patience and keeping the enthusiasm intact, the franchise announced to launch the date of season 5, and finally, Netflix has issued a degree that it will release on November 6, 2022.

Is Sword Art Online Worth Watching?

The plot stood with the fact that this world is full of fantastic medieval weapons, monsters, and uncounted hidden adventures. But, later, it is shown that due to unfortunate circumstances, the players soon realize they are stuck in a game and cannot log out at any cost. By showing the use of ‘Never Gear’ technology players have the option to control their avatars within the game by using their thought and by using anything else.

In Sword Art Online everything is well done and drafted. The series has an entertaining story that comes up with great character developments along the way altogether. The series has everything to worth watching off. It is blessed with some beautiful animation along with containing some commendable action sequences, which are enough for an audience to be eye stuck. Coming to the work, the lead characters that are Kirito and Asuna were impeccable. Overall, It consists of everything that could give, Sword Art Online the tag to be a worth watching series.

Recap of the Last Season

It planned in all great tricks. Among all those, one is, the game’s maker trapped the gamers in his world until they are done with all one hundred levels of the game. It ended at a point, to escape Aincrad, the protagonist Kirito has joined and has to bond with other players to make them have the same fate as him. It has also introduced with Aasuna Yuuki in its last season. She was portrayed to be a leader of a leading group who used to command the followers and attempt to escape from this ruthless game. This is exactly, where the fanbase has kept being on hold for it is to come back.

The series has a long list of a fanbase, along with a long list of casting. As it is running for a long period now, since, almost for five years so far, due to which it had given rise to many newcomers as well. Among this huge casting, some of the remarkable characters are, Yoshitsugu Matsuoka as Kirito, who is the main of the series who is also one, among all of few enthusiasts who made it manageable to get their hands on the shipment of the game. Next, coming with a popular character named Asuna by Haruka Tomatsu. Then it is Kanae Ito as Yui who is also another famous character. Other supportive actors, who also made it this wide such as Rina Hidaka as Silica, Hiroaki Hirata as Klein, Kayli Mills as Alice, and many more.

Where to Watch Sword Art Online?

Sword Art Online is available on Hulu, Crunchyroll, and on Netflix.

Being this popular, a trailer always played an important role in every season. The trailer has always been added a cherry on the top to the fanbase’s immense wait and love before every sequel to release.