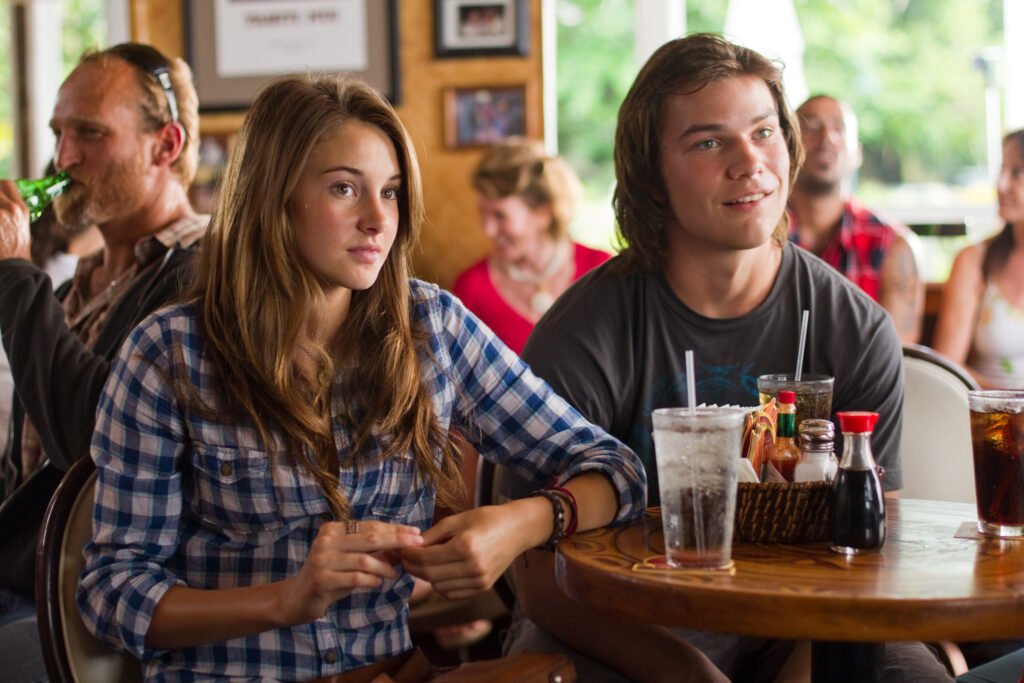 Which of us hasn’t dreamed of a holiday in the paradise land – Hawaii? Sipping coconuts while dancing on the beach wearing shells in our hair sounds like the perfect way to spend the summer. But not many have been able to fulfill this dream yet. It remains stuck in their imagination, wondering when they’ll get to go to that amazing island and have the best time of their life!

Well, worry not, because we are bringing Hawaii to you today. The Descendants, released in 2011, is a movie base on a Hawaiian family and how it deals with the highs and lows of life. The chirpy and colorful setting of the place doesn’t protect you from fate’s blows after all and the — family was no different. Following the plot of a novel — from which the movie has been adapted, the story introduces us to Matt King and his family. Following his wife’s accident, all the responsibility for the family falls on his shoulders. What’s more, he has some difficult professional decisions ahead as well.

‘The Descendants’ deals with common familial themes with such efficacy that the movie was not only critically acclaimed but also won the cast countless awards for its emotive acting.

But there is one question that’s been eating away at everyone’s minds – ”Is The Descendants based on a true story?” It has the makings of it, given the fact that the original author of the story was a politician too. Well, let’s read on to find out.

MUST-READ| Is Luckiest Girl Alive Based On True Story?

Is The Descendants Based On A True Story?

The director, Alexander Payne, did not base the movie on Hawaiian History exactly. So it’s not historical fiction. But the history of present-day Hawaii still seems to linger throughout the movie. The story of Matt’s family is purely imaginative. Still, it’s very possible that the makers drew inspiration from the real-life Princess Bernice Pauahi Bishop. She owned vast amounts of land in the place and was a very wealthy and influential figure in the area. This seems to overlap perfectly with the movie’s plot as well in which Matt, our protagonist, is a member of a wealthy family with generational lands.

So although it’s not completely based on a true story, the movie still drew inspiration and hints from real-life people living long ago at a time when kings and queens were still going strong. But, whether or not it was Payne’s intention for the story to resemble the history of a Hawaiian princess and her successor, the movie is certainly a classic that will be enjoyed for years to come!

What happened in The Descendants?

Crushing the misconception that Hawaii is a paradise through and through at the beginning itself, the story opened with Matt’s family shaken to its very core by his wife Elizabeth’s terrible accident. A fun-loving and bubbly woman, Elizabeth found herself in the hospital. Matt’s state of mind at that moment was something all of us could relate to. In a second his life had come to a halt.

How do you even cope with something so drastic and sudden as that? The movie played to these questions very subtly in the background as Matt comes face to face with the fact that he might have to say a final goodbye to his loving wife. She fell into a persistent coma, only kept alive by the machines. It was disheartening to see her in such a state as that. She was always a fun person who loved to be around people and now to see her lying alone – pale and fading – was much more than Matt could bear.

The family’s dilemma increased tenfold when they were notified of Elizabeth’s will and what it entailed. She did not want to be kept on life support indefinitely and her will clearly stated her wish to have her removed from all support. On the one hand, the family knew she was right in her decision. But on the other, it’s not as black and white as that after all. And to have to make such a decision affected him more than he allowed.

Losing his wife made him appreciate what he had even more. The lands that had passed down from generation to generation and now onto his hands were all set to be sold. And although before Elizabeth’s death, it didn’t matter to him much, now Matt was determined to protect the land at all costs.

The character development Matt underwent was phenomenal to watch. And coupled with a solid script and beautiful cinematography, it became an unforgettable experience. As the struggle to protect the land became harder and harder, Matt found strength and dedication in him toward his family name that he never knew before. It’s like they say, sometimes you don’t know the value of something until you lose it. And in this case, until it is threatened.

As the story progressed, we saw Matt going from one heartbreak to another. the fear of losing his wife was certainly a blow. But then he came to know that Elizabeth hadn’t exactly been happy with him. Sure, their marriage wasn’t a bed of roses and he knew that well enough but to be told that his wife was unhappy enough to want a divorce? That did not only hurt him but us as well. George Clooney played the role of Matt in pristine perfection. We were able to relate to his character in a way that is becoming increasingly rare in movies today.

The movie ended on a beautiful note with Matt having reconciled with his wife before she died. the whole family got to spend a little time together before her death. It was a precious saga of humans and their emotions and how they survive them.

MUST-READ| Is Old People Based On A True Story?

The Cast that brought The Descendants to life.

Our guess is that Alexander Payne knew what he was doing when he chose the cast because every single character was fleshed out beautifully in the movie. Matt, as you are well aware, was played by the legendary George Clooney and that man never skips a beat. Every single emotion of his character was played to perfection by him. It was an absolute delight to watch him on-screen again.

Elizabeth King, Matt’s Wife, the character was played by Pattie Hastie. Her character had a lasting impact on all the others as well as on the movie as well. Sure, it was obvious from the beginning that she was going to die eventually but it was this very event – the onset of her death – that nudged all the rest of the characters toward their sub-plots. And we must say, even after it was revealed that she hurt Matt badly by cheating on Brian, Hastie’s incredible portrayal of the character evened it all out.

Then we had everyone’s favorite Shailene Woodley as Elizabeth King, Nick Krause as Sid, and Amara Miller as Scottie King. In short, these very talented actors proved that it’s the acting that makes a movie worth watching!

Having watched the movie from start to finish and lived the King family’s story through their eyes, it truly does not matter whether the movie was based on a true story or not. What’s more important is the way it changed us by the end. It’s a gem of a movie and it will stay with us for a long time.

MUST-READ| Is The Pharmacist Based On A True Story?

3 thoughts on “Is The Descendants Based On A True Story?”