An English epic historical movie Last Duel. The movie is created by Ridley Scott. Ridley Scott, Kevin J. Walsh, Jennifer Fox, Nicole Holofcener, Matt Damon, and Ben Affleck are the producers of the movie. The enchanting cinematography of this historical drama is done by cinematographer Dariusz Wolski and music given by Harry Gregson-Williams. The screenplay of the movie is done by Nicole Holofcener, Ben Affleck, and Matt Damon. With a budget of $100 million the movie earned around $30.2 million, which is quite less than the budget, and it had a debacle at the box office. The running time of the movie is 153 minutes, roughly 3 hours. On September 10, 2021, at Venice(Venice International Film Festival) the movie premiered, moreover, the movie was released in theatres on October 15, 2021, in the United States of America and the United Kingdom. The movie is set in medieval France, with the stars of the movie Matt Damon, Adam Driver, Jodie Comer, Ben Affleck, and some other actors. The National Board of Review selected it as one of the best movies of 2021, having said that it is still a damp squib at the box office. Nevertheless, it got an IMDb rating of 7.5/10 whereas 85% by Rotten Tomatoes.

Warning: The following content contains spoilers about the movie. However, we are going to read whether movies are based on true stories or not.

The plot of the movie is quite awe-inspiring, and it is loved by a bunch of people from all over the orb. The movie has already got 1 award and 5 nominations.

Is The Last Duel Based On The True Story?

This astonishing movie is adapted or based on The Last Duel: A True Story of Trial by Combat in Medieval France, a non-fiction book which is written by Eric Jager. The story of the book is about the case that leads to the last legal duel in the history of France.

Matt Damon, Adam Driver, Jodie Comer, and Ben Affleck are the main protagonists of the movie. The movie does not match the book completely. Moreover, it is co-written by Matt Damon and Ben Affleck. It’s about the war which midway through a hundred years, several conflicts between France and England, for the French crown.

The cast of the movie plays a major role in the whole movie. The actors did a great job and gave their best in the movie, consequently, the movie was loved by a bunch of people. The cast of the movie are as Sir Jean de Carrouges by Matt Damon; Jacques Le Gris by Adam Driver; Marguerite de Carrouges by Jodie Comer; Count Pierre d’Alençon by Ben Affleck; Nicole de Buchard by Harriet Walter; King Charles VI by Alex Lawther; Queen Isabeau by Serena Kennedy; Crespin by Marton Csokas; Le Coq by Željko Ivanek; Marie by Tallulah Haddon; Alice by Bryony Hannah; Thomin du Bois by Sam Hazeldine; Bernard Latour by Michael McElhatton; Jack Smith by Md. Tayeen Khan; Elizabeth by Caoimhe O’Malley; Ceila by Clare Dunne; Priest by Bosco Hogan; King’s Uncle by Clive Russell and numbers of other casts.

Where to watch Last Duel?

The movie is available on the internet but not for free. You have to pay some charges for watching the movie. Some sites and apps with stream Last Duel are Video, Vudu, Microsoft Movies, YouTube channel, Amazon Prime, and Apple TV (iTunes). What are you waiting for, go and watch you’re gonna love it?

READ MORE | Who Is Avery In Yellowstone? Everything We Know 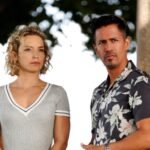 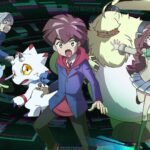