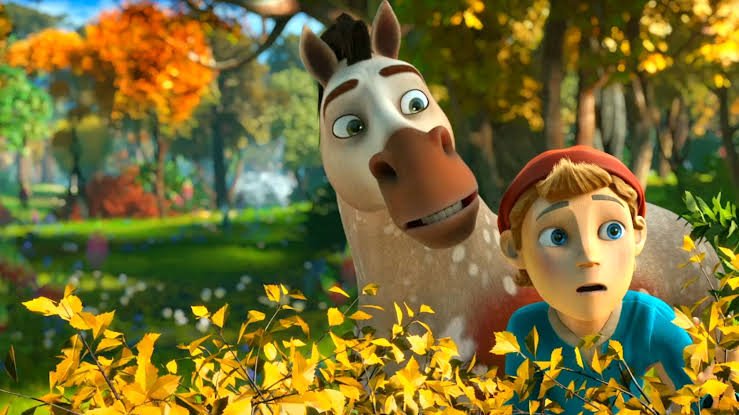 We have all grown up reading the story of Pinocchio. We have learned to adore the wooden puppet who came to life. For very few of those who do not know about Pinocchio here is a short history.

Pinocchio is an Italian fictional character. He is the protagonist of the children’s novel The Adventures of Pinocchio. The novel is written by Italian writer Carlo Collodi.

A Tuscan woodcarver Geppetto made a wooden puppet that he named Pinocchio. Although he is just a wooden puppet, he dreams of becoming a real boy. An unnatural feature of Pinocchio is that his long wooden nose keeps growing when he lies.

Undoubtedly, Pinocchio is a cultural icon. It has been widely adopted as a character in children’s literature. The most notable Pinocchio movie is the 1940 Disney film.

Now coming back to 2022 four different Pinocchio films are set to release this year. But the first Pinocchio trailer that was launched in January 2022 has caused a huge commotion among the netizens. Lionsgate’s new Pinocchio movie titled Pinocchio: A True Story has just released their trailer. And it has become the only talking topic in the town. You must be dying to know why. So let’s get right into the topic.

Is The New Pinocchio Voice Real?

The answer to this question is yes. The voice behind Pinocchio in Pinocchio: A True Story is very famous too. The wooden puppet is voiced by veteran comic and voice actor Pauly Shore. This 54-year-old legendary actor and comedian are known for his slew of the nineties hit from Biodome to Encino Man. Shore has certainly outdone himself in his latest voice work. He has however given us all an excellent meme.

Now you must be curious to know why everyone is talking about this new voice of Pinocchio. To know the reason you must hear the voice yourself. The hilarious clip from the trailer has been making the rounds on Twitter and TikTok over the weekend.  Even the official Lionsgate TikTok account has caught on with the trend. They have posted the clip with the caption, “the massification of #pinocchio”. I hope you can understand what this means.

This voice was a far cry from the original high-pitched, childlike sound of Disney’s 1940 Pinocchio.

You almost get taken aback when Pinocchio says his first words in the trailer. It’s very difficult to process this classified voice with the wooden puppet we all know and love.

This classified version of Pinocchio has almost instantly gone viral. And almost immediately LGBTQ celebrities have picked up on the character’s seemingly effeminate undertone.

This might work in Lionsgate’s favor. Having to compete against three other Pinocchio movies this year they needed something that would make the trailer stand out. And they have gotten just that. Thanks to Pauly Shore, Lionsgate’s Pinocchio: A True Story has almost instantly caused a ripple through the world wide web.

Lionsgate’s studios have also latched onto an ingenious publicity stunt to shine with the new film. The classified Pinocchio clip was first posted on the Cringetopia Subreddit. From there it has only gone uphill.

This year we will get to see four new Pinocchio movies. Apart from Pinocchio: A True Story we will also get to see Guillermo del Toro’s Pinocchio. It is set to be a stop-motion animation coming to Netflix later this year. Disney has joined the race of releasing Pinocchio movies this year too. And they have entered guns blazing with stars like Tom Hanks and Joseph Gordon-Levitt. If that wasn’t enough we will also get to see the much anticipated Russian animated feature, Pinocchio and the Water of Life.

It’s going to be a very Pinocchio-filled year.

Who Is The New Voice Of Pinocchio?

Let’s know a little bit more about the man behind the voice.

Paul Montgomery Shore is a well-known American actor and comedian. He is also an excellent filmmaker. His fame is all credited to his roles in several comedy films in the 1990s. His most known films include Encino Man, Son in Law, and Bio-Dome.

When Shore was approached for this role he was as surprised and excited as ever. The recording for his part was done over Christmas last year. The voice has an undeniable Weasel-esque quality. But Pauly Shore has said that he was only trying to make the character silly, wacky, and fun.

The Story Of Pinocchio: A True Story

The director of this year’s first Pinocchio movie is the very famous Vasiliy Rovenskiy. If the voice wasn’t hilarious enough the story adds to it even more. The story pretty much follows the classic tale up until Pinocchio is created by Gepetto. Then everything becomes wildly bizarre. The filmmakers have added twists and turns and surprises in almost every aspect of the story. After being created and magically becoming human Pinocchio only wants to see the world. Young Pinocchio’s desire to see the world is so intense that he runs away from his creator Gepetto. However, he’s not alone. He is accompanied by the horse Tybalt. On his mission to enjoy the wonders of the world, he joins a circus. The circus is run by hustler Modjafocco.

Pinocchio had tried to save a girl from falling off a carriage and that had made him catch the eyes of a circus’s ringmaster. And as the circus wasn’t doing so well the ringmaster instantly agrees to take Pinocchio with him. After all, who wouldn’t pay to see a wooden boy on the back of a horse doing acrobatics.

As if that wasn’t enough he also falls in love with Bella-the most beautiful girl in the circus whom he had also tried to save earlier. It turns out that Bella is also the ringmaster’s daughter. The filmmakers do not stop at that. Soon Pinocchio learns the circus is a cover-up for robberies and that Bella is in danger. And thus Pinocchio sets out on a mission to save Bella and stop the wrongdoings. In comes another twist in the form of a magical fairy who might be able to turn Pinocchio into a human. Thus according to the filmmakers, this version of Pinocchio is a magical adventure filled with love and bravery.

When Will Pinocchio: A True Story Be Released

Pinocchio: A True Story will be first released in Russia in February. Lionsgate will then release it on DVD and Blu-ray on 22 May 2022.

Where To Watch Pinocchio: A True Story

The overall criticism of the trailer has been disastrous. People loved the classified version of Pinocchio’s voice as a good joke. But the trailer did not receive that much love from the netizens. It can be expected that the movie theaters won’t be filled up too much. Many feel there is nothing new to the story. The same old story of a good-hearted boy who falls in love with someone way out of his league. Then goes on a mission to save everyone’s lives and in this case become human too. This is however the first Pinocchio movie to be released this year. Let’s see if the others will be any better or maybe worse.

Read Also: 17 Movies Like Top Gun Maverick You Should Watch!