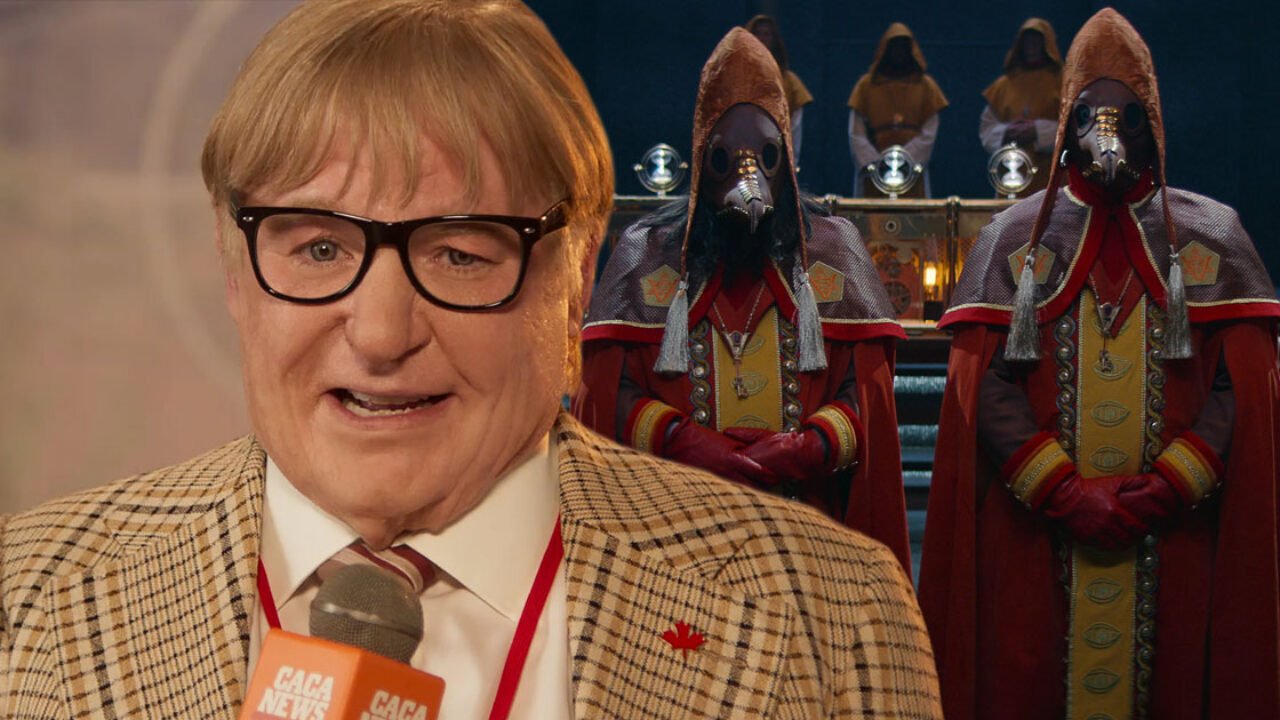 The Pentaverate is a web series initiated by Netflix based on a short-term contract. According to reports, the pre-production works for the series were started in early 2019. But after one year it got even delayed as the pandemic disrupted so badly. However, by late 2020, the cast and crew were fixed and consequently, the production works were started. Pentaverate was a title that was decided after several discussions. They had no idea whether it was the right name and even took two years to finalize that. Another notable feature of the show is that it is Mike Myers who is also the creator of the show is appearing in multiple roles.

Apart from acting, he is one of the main producers as well as the screenwriter of the series. Moreover, Mike Meyers portrays eight-character in the series which will be a different approach that will be new to the industry. Furthermore, Jax Media and Netflix undertake the project but are not expected to stand for a very long time. The trio’s Mike Myers, Roger Drew, and Ed Dyson had been working on the screenplay for almost a year from now. Netflix had confirmed that they will be releasing all the six episodes of the first season on May 5, 2022, itself. At the same time, being a limited edition, the show may even end with the first season and its future will depend on its success.

There are only some small pieces of information available relating to this series. It is because the show hasn’t been released yet and therefore the information available is also limited. However, according to sources, it is a humor-oriented series where a hypothetical situation is evaluated. The Pentaverate is a secret society that consists of a total of five members. By the looks of the nature of the organization, some might feel that they are similar to the Illuminati group.

But actually, they were established after the so-called Black Plague that occurred in the year 1347. These acts are suspicious and sometimes foolish at the same time dangerous. Furthermore, a Canadian journalist named Ken Scarborough tries to expose this group. He found their work extremely bad for the world but working against the Pentaverates is no easy task. Nevertheless, he keeps moving to keep his life for the sake to save the world.

Is the Pentaverate Based On a True Story?

The Pentaverate is the latest web series that is yet to be released on Netflix. It is based on an American film written by Robbie Fox. The movie, however, turned into a disaster and has now been re-created by one of the actors of the movie Mike Myers. “So I am Married an Axe Murder” on the other hand managed to attract a smaller portion of people who like the black comedy. Moreover, The Pentaverate was developed from a small portion of the movie which focused on a conspiracy theory.

Mike found it an interesting yet mysterious topic that had some elements to present it in a different dimension. In conclusion, The Pentaverate is not based on a true story but is just an adapted version of a movie released in 1993. The Weekly World News which discussed supernatural phenomena first revealed the theory behind the show solely based on fiction.

Mike is one of the popular actors who work in the film industry all around the globe. In addition, the fifty-eight-year-old Canadian is well known for his contributions as a director, writer, producer, and actor. Furthermore, he had received numerous awards as an actor, director, and writer. Mike had debuted through the show titled “King of Kensington” and had even written, directed, and produced three movies at the same time.

Kendrick Kang-Joh Jeong also known by his short name Ken Jeong is an American comedy actor. He was recognized after acting in the film ”The Hangover”. Ken also managed to act in the Tom and Jerry animated film released in 2021. While pursuing his medical studies he studied acting at the University of California, Los Angeles as well as Duke University. Moreover, Ken Jeong contributed to fifty movies and sixty television shows.

Where to Watch The Pentaverate?

All the six episodes of the show will be available to stream online on Netflix. Jax Media signed a short-term contract with Netflix in 2019.

MUST-READ: 14 Shows Like Van Helsing You Should Watch Right Now!