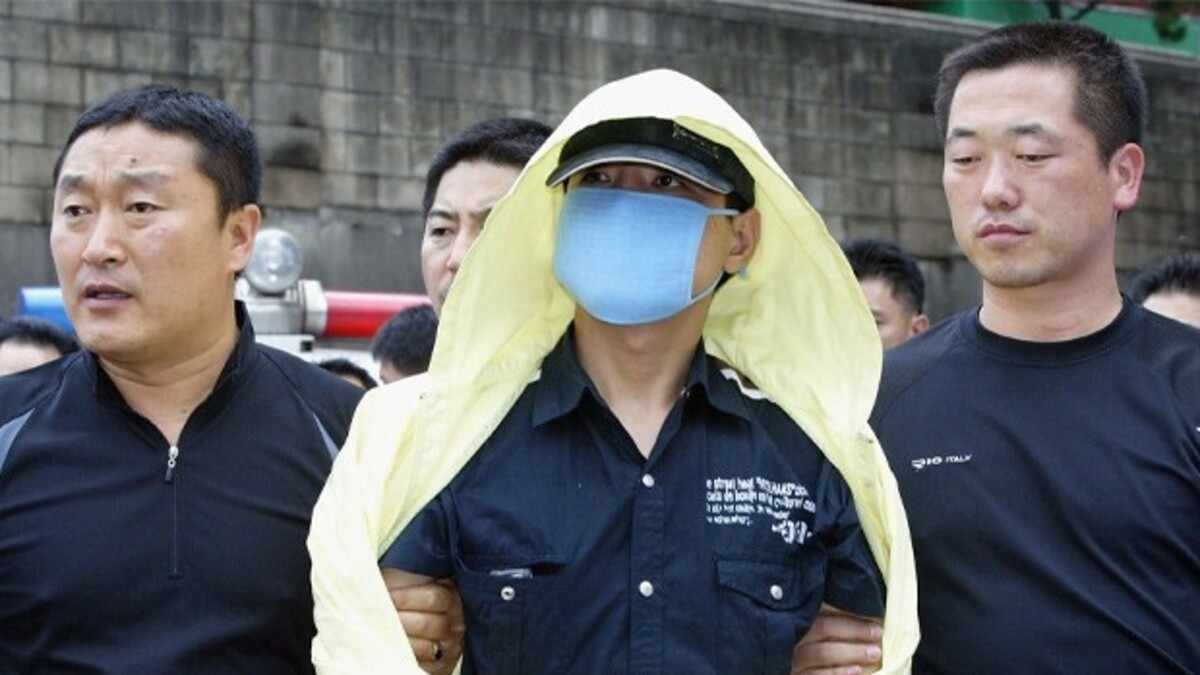 The Raincoat Killer is a South Korean Netflix series, which is based on a true ‘serial killing’ murder mystery. It is a crime documentary about the case in the early 2000s. It is directed by John Choi and Rob Sixsmith. The real name of the raincoat killer is Yoo Young-Chul. This series is about chasing that predator and hunting him down. He is also claimed to be a sex offender and a cannibal and was born on 18 April 1970, in the village called Gochang-gun of South Korea. He is reportedly 51 years old and has one child. Most of his victims were sex workers and old rich men. The murder pattern included killing the victims with a hammer and then mutilating them. The city of Seoul was in terror because of the killings happening at that time. The span between which he committed 21 murders was September 2003 to July 2004.

Finally, on 15 July, Yoo got caught, the police found phone cards and a fake police badge with him. Yoo admitted that he had mutilated 11 people and also burned 3 people. As he stated, he was inspired by a serial killer named Jeong Du-Yeong, who murdered 9 rich people in the city of Busan between 1999-2000. He also said that he resented the ‘female sex workers and the ‘old-rich men. But after his immediate confession, ‘the Seoul Central District Court’ charged him for the murder of 21 people and he was imprisoned in 2004 with a penalty of death. Till this date, he is in the prison of Seoul waiting for his execution.

This crime documentary was released on Netflix on 22nd October 2021. Season 1 Currently has 3 episodes each of 40 to 50 minutes. It is available in two languages on Netflix, English, and Korean. This mini-series has a rating of 6.8/10 on IMDb.

In the Raincoat Killer, we will be able to witness footages and interviews that have been conducted with the people which were involved in the case and the family of the victims. In Episode One – ‘New Breed of killer’, we see the violent murders around the city of wealthy victims. The police notice the killing is not for money, as it has not been taken from the victim. They also notice the matching footprints found at each site where the bodies are found, suggesting a serial killer. We see the investigation of cases that happened between 2003-2004. This episode is of 43 minutes. In Episode Two – ‘Killing Grounds’, we see that a complaint has been filed about the missing sex workers. This report leads to the arrest of Yoo Young-Chul. We also witness his confessions, which he made during interrogation. This episode is of 47 minutes. In Episode Three – ‘The Hammer Comes Down’, we see that Yoo’s victims were found buried under the group, mutilated, and burned. As told in the trailer, he buried them on the mountain of Seoul. When the media gets to know about this, their anger comes out on the case. To find the evidence to show to the media, police go to the apartment where he lives. The third and last episode is of 53 minutes.

This show is a mix of documentary and series, a new word formed called ‘docuseries’ for this show, as mentioned on Netflix. So, most of the series includes footage or clips of this investigation with acting involved. The actors in this series are Kim Hee Sook, Park Ri Hyun. It also features, detectives, police inspectors, and families of the victims. Kwon Il-Yong is a South Korean Social psychologist, is the profiler who examines the mental state of Yoo. The main criminal character of Yoo is the original Yoo shown through clips.

The trailer is currently available on Netflix only. The official Netflix channel on YouTube has not posted it yet. It is also available on the website of Netflix.