Peter Sutcliffe, the Yorkshire Ripper and one of the UK’s most notorious convicts, died at the age of 74 after testing positive for coronavirus. Sutcliffe, a former lorry driver, was serving a life sentence for murdering 13 women in Yorkshire and the North West between 1975 and 1980 during a five-year reign of terror.

Police believe the Yorkshire Ripper’s horrific toll of female victims is likely to rise – not least because numerous lost opportunities allowed Sutcliffe to continue his deadly spree. One of his surviving victims said she was still “living with” the injuries she got during his attack, while the son of his first murder victim, Wilma McCann, said Sutcliffe’s death had given him “a degree of closure.”

“HMP Frankland prisoner Peter Coonan (born Sutcliffe) died in hospital on November 13,” a Prison Service spokeswoman said. The Ombudsman for Prisons and Probation has been notified.”

Is The Ripper Still Alive?

Sutcliffe was being treated for coronavirus at the University Hospital of North Durham, which is three miles from the maximum-security HMP Frankland jail, where he is an inmate, it was revealed this week.

He had been treated at the same hospital two weeks prior for a possible heart attack. He suffered from a number of ailments, including heart disease, diabetes, and obesity.

He died, according to Sky News, after refusing treatment.

Who Was Yorkshire Ripper?

Sutcliffe, who was born in 1946 in Bingley, West Yorkshire, dropped out of school at the age of 15 and worked in menial occupations before becoming a gravedigger. He started his murdering rampage in 1975, pounding Ms. McCann, a 28-year-old sex worker, to death on October 30, 1975, after three non-fatal attacks on women earlier that year.

Because he mutilated their bodies with a hammer, a sharpened screwdriver, and a knife, he was called the Yorkshire Ripper. Sutcliffe remained undetected for years due to a series of police oversights. In 1981, he confessed after a police check discovered stolen number plates on his car.

Why Was Yorkshire Ripper In Prison?

Sutcliffe was convicted in May 1981 at the Old Bailey of murdering 13 women and attempting to murder seven others. The judge suggested that he serve at least 30 years in prison. Despite his 24-hour confession to the murders, Sutcliffe rejected the charges when he was indicted in court. He said he was on a “mission from God” to murder prostitutes, despite the fact that not all of his victims were sex workers.

After being diagnosed with paranoid schizophrenia, he was transported from Parkhurst jail on the Isle of Wight to Broadmoor secure hospital in Berkshire in 1984. A confidential report released more than two decades later suggested that Sutcliffe most likely committed more crimes than those for which he was condemned. Sutcliffe, who afterward insisted on being referred by his mother’s maiden name of Coonan, was reported to have written to the Home Office appealing to be released in 2005.

Sutcliffe’s name was not on a Home Office list of 35 murderers receiving “whole life” terms issued a year later, and he was given no official minimum time – the least a prisoner must serve before becoming eligible to petition for parole. In 2008, it was revealed that he was attempting to gain his freedom through a court claim that his human rights had been violated, with his attorneys planning to argue that the Home Office violated his human rights by neglecting to fix a tariff for his term.

Sutcliffe was sent to HMP Frankland in 2016 after being found stable enough to serve time in jail following a lengthy stay at Broadmoor Hospital in Berkshire. The Police Federation’s chairman, John Apter, encouraged people to remember Sutcliffe’s victims.

“The 13 women he murdered and the 7 who survived his horrible crimes are in my thoughts,” he tweeted. Indeed, 44 years later, one of the Yorkshire Ripper’s surviving victims stated that she was still suffering from the impact of his attack in Leeds in May 1976. 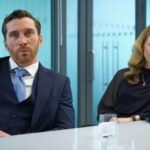 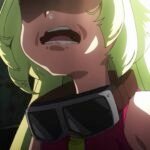