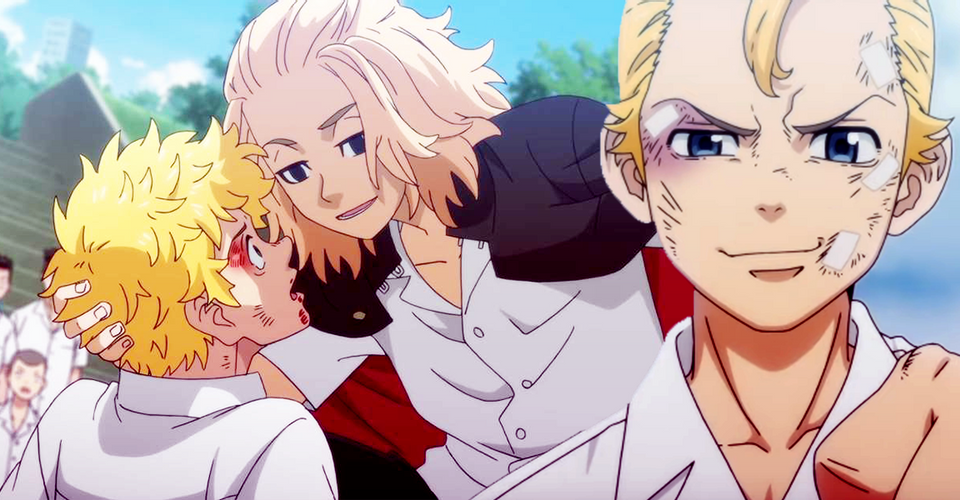 Tokyo Revengers is a Japanese anime series that premiered on April 11, 2021. The show was directed by Koichi Hatsumi and written by Yashuyuki Muto. It ended on September 19, 2021. The anime version has 24 episodes in total.

The show has managed to get amazing ratings on various platforms and is loved by all age groups around the globe. It even became the 7th most discussed TV Show in 2021 on Twitter.

The plot of the show revolves around Takemichi Hanagaki who is 26 years old freeter. One day, he learns that his ex-girlfriend, Hinata Tachibana, in middle school has been killed by the Tokyo Manji Gang. His ex-girlfriend’s younger brother also has been killed by the gang. Takemichi has been pushed in front of the train, he teleports 12 years into the past in 2005. He relieved his middle school days and met Naoto where he learns the exact date when he and Hinata will die. They both shake hands and Takechimi comes back to the present. Naoto discovers that every time they shake hands Takemichi transports into the past. He decides that using his knowledge he will save Hinata. Takechimi’s friends are forced into underground matches led by Kiyomasa and the determination of Takechimi to protect them and gain the respect of the gang’s leader. Takemichi makes friends with Mikey and discovers that this friendship saved his one friend, Akkun from going to jail in the present. However, Akkun commits suicide out of fear. Takechami realizes that the Tokyo Manji Gang is declaring war against Moebius. The show is very interesting to watch. It would be interesting to know if he will be able to save Hinata. There are so many questions and to know the answers you have to watch the show. So, no more spoilers now. If you want to know what happens next, all you have to do is to watch the show.

Since it’s a work of animation there are no actors who portrayed the roles but there are characters and voice artists who gave their voice to these characters. These characters include Takemichi Hanagaki who is the primary protagonist of the show and he finds out that his ex-girlfriend has been murdered. The other characters include Manjiro Sano, Ken Ryuguji, Masataka Kiyomizu, Atsushi Sendo, Tetta Kisaki, Takuya Yamamoto, Makoto Suzuki, Kazushi Yamagishi, Shuji Hanma, Haruki Hayashida, Nahoya Kawata, Kazutora Hanemiya and many more.

Is Tokyo Revengers Worth Watching?

Since the release of the show, it has managed to create a buzz among the fans and the audience. However, fans are still wondering if the show is worth the hype or should they just leave it. Well, we will give you all the information that you should know. The best part of the show is that it definitely is a time travel show but it focuses on short-distance time travel. As the anime progresses, each character of the show continues to grow as an individual. Each character is interesting and fun to watch. However, the first few episodes of the show go too slow which might bore the audience and the viewers. However, overall the show is fun to watch and worth the hype. The show even has great music and production with events that will leave you shocked. You should definitely give it a watch.

So, as we already told you that the show is worth your time and the hype. Currently, only one season of the show has been made and there has been no official announcement from the makers of the show regarding the second season. However, fans can expect the second season very soon as the source material is enough for the next season. We looked through YouTube and were able to find the trailer of the show. If you want to take a look at it, just click on the link which is given at the top of the article. If you liked the trailer and the plot of the show, you can watch it on Netflix with a subscription account. As of now, happy watching and we will meet you very soon with another piece of article.

ALSO READ: 8 Best Masterpiece Anime Of All Time You Need To Watch!