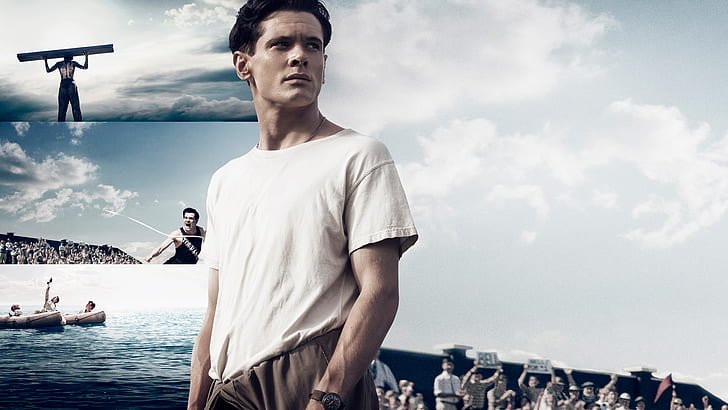 Angelina Jolie, one of the most famous actors and filmmakers produced as well as directed a war film in 2014 called ‘Unbroken’. It has actually been adopted from a 2010 non-fiction novel ‘ Unbroken: A world War-ll Story of Silence, Resilience, and Redemption’. It was written by Laura Hillenbrand an American author and is based on a war-time survivor Louis Zamperini. A USA Olympic track star, an army officer, and also a survivor of three prisoners of war camp in Japan. In the film, Louis Zamperini’s role was played by Jack O’Connell of the Skin Flames.

Is Unbroken Based on a True Story?

Yes, unbroken is based on a true story it covers the life events of Louis Zamperini who died on July 2, 2014, at the age of 97. Unbroken movie covers the first part of Louis’s life and the movie ends with written text related to Louis’s life ahead. A sequel has also been made which is called Unbroken: the path to Redemption. It is an amazing film that is motivating and shows us how with a little hard work we can achieve great heights.

The film starts with a flashback showing that Louis was a carefree and somewhat directionless boy who didn’t believe he could o something great. He smiled and drank alcohol at a very young age and spent most of his time daydreaming. One day, a cop breaks up a fight and takes him back home to his mother who admonishes him obviously and his father spanks him for drinking and asks him why he invited such negative attention to their immigrant family. Later on, he is caught drinking at an athletic event and sprints across the grounds with such speed that his elder brother Pete is left astounded and also impressed. He then trains his little brother and tries to help him overcome his negative habits of drinking and smoking. He also motivates him to change his life for the better instead of ending up as a drunk homeless person. Louis takes it to his heart and in no time becomes a champion in athletics. He then represents the USA on track at the Berlin Olympics of 1936 and although he stands in an eighth-place he sets a new record for finishing the 5000-meter race. His family is of course delighted on hearing the news on the radio back in America. We are then cut to the present where Louis’s plane which was damaged during the mission safely lands due to the pilot’s expertise. As some crewmen die, they are later sent on a search and rescue mission with a B24 which is barely airworthy as it has already been scavenged for spare parts. He survives an incredible 47 days of drift in a raft, and then he is captured by the Japanese navy. He is sent to a POW camp, he becomes the favorite target of a cruel prison commander.

Also Read: Is The Playlist Based On A True Story?

Unbroken: A Path to Redemption Story

This film begins when the movie Unbroken concludes, sharing the next chapter of the story of the olympian and world war 2 veteran Louis Zamperini. He is haunted by the nightmares of his torment and sees himself as anything but a hero. He then meets Cynthia who captures his eyes and his heart. Louis’s quest for revenge drives him towards despair and pushes the couple to the brink of divorce and then Cynthia experiences Billy Graham’s Los Angeles Crusade, where they both find faith in Jesus Christ and a renewed commitment to their marriage. Louis then finds forgiveness for his wartime captors.

Where to Watch Unbroken Online?

Also Read: Is Worst Roommate Ever A True Story?