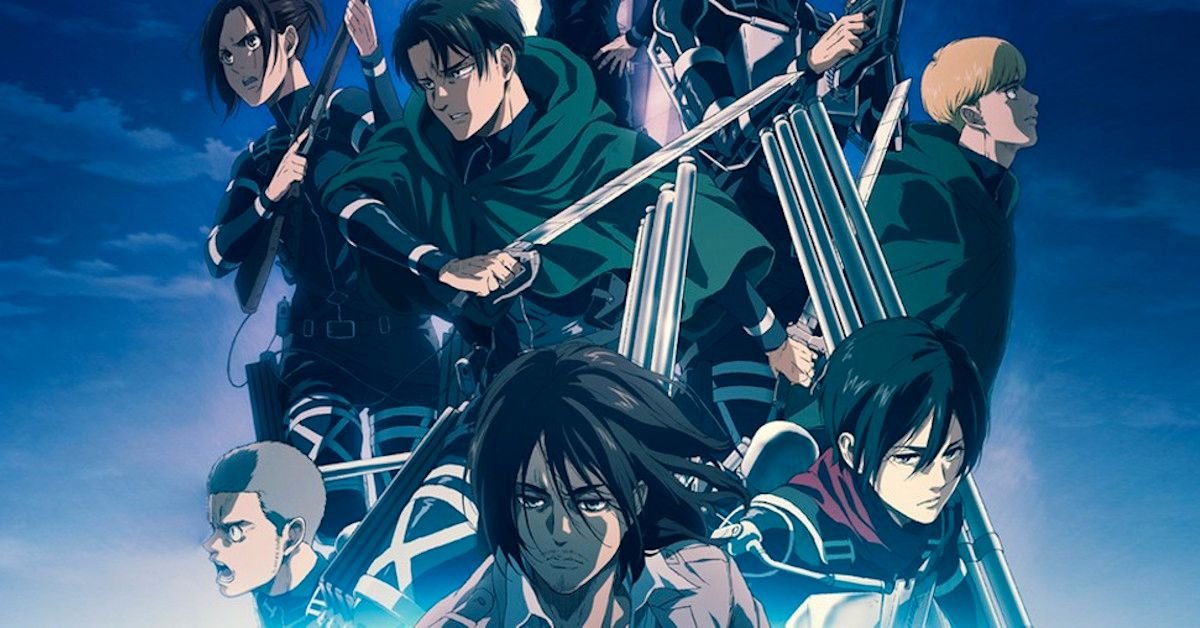 Attack on Titan is a Japanese anime based on action and dark fantasy. Directed by Tetsuro Araki Masashi Koizuka. Produced by Tetsuya Kinoshita George Wada Toshihiro and written by Yasuko Kobayashi. The plot revolves around a constant indecisiveness between mankind and a man-eating creature referred to as Titans. Later a major turn was introduced by the 3 concentric walls of 5 meters which worked as a defense for a very small number of lives that have been survived.

After the release of the 1st season that is on April 7th, 2013 in Japan. It got so likable and famous that it was dubbed on May 3rd, 2014 in English for a Hollywood release. Then along with its highly growing demand, the highly anticipated second season premiered on April 1st, 2017. Along which the release of the 3rd season was announced. It came to the public hand on July 23th, 2018. After 12 straight episodes, it resumed on April 29, 2019. And then the fourth and the final season was about to take start on NHK General. Finally, the season got premiered on December 7th, 2022. This happened even after 16 episodes straight was on a halt and resumed on January 10th, 2022. And it is still in the process with the hope of an enormous climax.

Is Zeke Dead or Alive in Attack on Titan Season 4?

As it is the most-watched anime of all time and is considered one of the best animes. It is obvious for viewers to wait until part 2 to get the full story. Attack on the Titan season 4 part 1 ended with the portrayal of Zeke being badly injured that left with a question of whether Zeke has died or not? But in season 4, episode 18 named ‘Sneak attack,’ he does survive the attack. Titans lastly show him the path (where neither life nor death exists. This is how Zeke has been alive so far.

MUST-READ: 12 Anime Like Violet Evergarden That You Must Watch

Season 3 binds the entire story in one string. It has shown all the electrifying actions and went deeper into the story. Many questions and curiosity that sparked in the previous two seasons get confronted in this season. It ended on a note that even if the scouts are back in their town, the world is at threat of the Titans.

Attack on the Titan Season 4 Characters

Attack on Titan is a show that boasts quite a variety of characters with their unique abilities and personal traits. Throughout the entire anime, which has turned into a success with its cast gave rise to many characters year after year with its franchise to the audience. Every character left some footprints in the heart of the viewers. Some of the characters such as:

Eren Yeager is the main character of the anime, portrayed as a straightforward character in the entire anime. After losing his mother helplessly, naturally, the boy vows to destroy all the Titans, and this is where his character stood out.

Mikasa Ackerman is a protagonist character playing the role of Erin’s right hand. It ended up being the fan favorites. After defending Erin, in their youth, the character stole the show.

Armin Arlert Armin Arlert claimed to be one of the important characters of the show as it plays the role of Erin. Throughout the attack, he has always been alongside Mikasa and Erin. Despite not being the strongest combat, his skills made him an asset to the survey corps.

Levi Ackerman Levi Ackerman arguably is the most loved character of the anime. He played the role of a squad captain. Being a blood-soaked soldier carries the entire weight of the world on his soldier as he knows that nobody will come up with the burden.

Hange Zoë Hange Zoë is one of Attack on Titan’s best secondary characters. Whether providing some much-needed comedy relief during the early parts of the anime, Hange is enigmatic and magnetic. Zoe is considered to be the most intelligent character. Despite flaws, she stood out by the cops to help.

Zeke Yeager Eren’s half-brother, Zeke is introduced as the Beast Titan and the captain of Marley’s Warrior Unit. Highly intelligent, brutal, nihilistic, and manipulative, Zeke is a threat whether in his Beast Titan form or not, and nobody is safe from his wrath.

Attack on the Titan Season 4 Trailer

After the trailer release of the final season that is Attack On Titan season 4, the audience was super excited as it leaves a sense of suspense to the viewers.