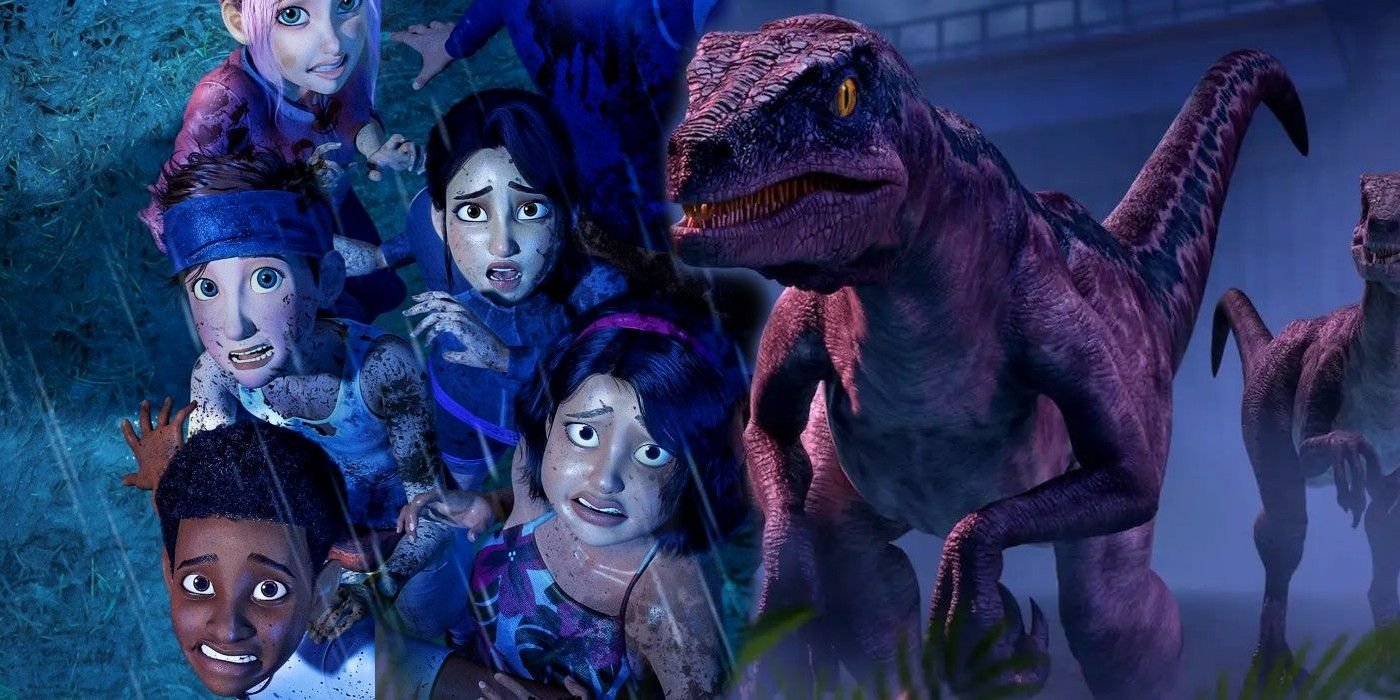 The Jurassic Park trilogy has always inspired amazement and wonder in audiences, serving as a bridge between Earth’s preserved past and modern sci-fi fiction. The Jurassic Park and Jurassic World novel series, written by Michael Crichton in the 1990s, has been highly successful in their own right, and their popularity soared when they were converted into live-action movies. Jurassic Park, based on the first novel, was released in 1993 by Steven Spielberg. It was a huge hit, winning three Academy Awards along the way, and paving the way for the ever-growing dinosaur series. So far, we’ve seen three Jurassic Park films, two Jurassic World films (with a third on the way), and Jurassic World: Camp Cretaceous, an animated television series.

Jurassic World: Camp Cretaceous, which was published under the Netflix Family name in September 2020, is largely aimed at a younger demographic, although it also manages to please adults. It strikes the perfect balance between a family-friendly take on the Jurassic Park franchise’s legendary terror and awe, as well as stomach-churning anxiety, high-stakes, genuinely spectacular visual adventures, and some really strong character journeys.

Since its premiere in 2020, there have been three seasons of Camp Cretaceous, which is set during the events of the 2015 hit film Jurassic World. DreamWorks Animation has already announced Season 4, and fans are anxiously anticipating it. Let’s take a detailed and complete look at what we know so far regarding the forthcoming season.

Scott Kreamer and Colin Trevorrow, the showrunners for Camp Cretaceous, had expressed interest in producing future seasons. The duo indicated to Comic book that they “have a lot more story to tell with these characters” and that they “had built up stuff going back to Season 1 that we certainly want to pay off.”

When is season 4 of Jurassic World: Camp Cretaceous releasing?

According to a DreamWorks Animation statement, Season 4 of Jurassic World: Camp Cretaceous has been published on Netflix on December 3, 2021. The news was announced on DreamWorks’ social media channels in October 2021, along with a motion poster. Seasons 1-3 are now available on Netflix to view.

A tweet was also posted in which the day’s count was added till the release of Season 4 of the Jurassic World: Camp Cretaceous.

Steven Spielberg, Colin Trevorrow, and Frank Marshall are the show’s producers. Scott Kreamer and Aaron Hammersley, who previously collaborated on the Nickelodeon cartoon series Kung Fu Panda: Legends of Awesomeness, are also producing the project. Amblin Entertainment, Universal Pictures, and DreamWorks Animation are behind the project. Kirby Howell-Baptiste and Haley Joel Osment are among the newcomers.

As Season 4 has been just released on Netflix, it is hard to say anything about season 5. But the next Season depends on the reactions and rating of the audience towards the Animated TV show.

Season 1 of the series was quite not up to the mark, but the creators were able to take place in the heart of the audiences with the release of seasons 2 and 3. However, the trailer of season 4 of the said series was quite appreciated by the audience. So, let’s hope that Season 4 will do much better on the charts so we can hope for season 5 of Jurassic World: Camp Cretaceous.

What to accept in season 4?

Season 4 of Jurassic World: Camp Cretaceous will place the main characters in yet another risky predicament, but this time in an entirely new environment that the Jurassic World films have yet to explore. The trailer gives us a glimpse of what we may expect in Season 4.