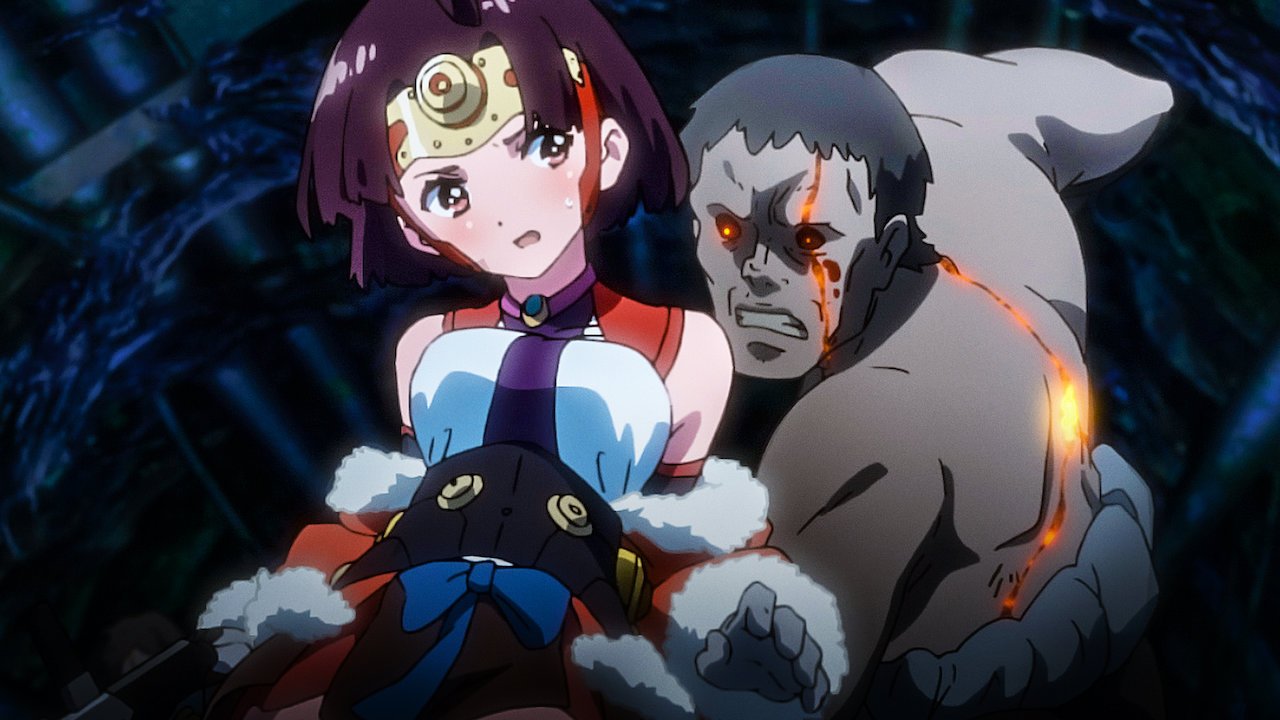 Kabaneri of the Iron Fortress uses an old theme but with a new edge and taste. The unique plot setup is what makes the anime stand out. The zombie apocalypse theme gets a new edge when it’s wrapped with the steampunk genre and a unique concept that is quite entertaining to watch. The characters of the series are well written and almost every character receives a fair amount of screen time and exposure.

The proper pace of the story, intriguing plot points, interesting characters, and their way of dealing with things have got almost everything. If you are looking for action, a teensy bit of horror wrapped up in a fresh new concept then this might be the thing for you. The series is produced by Wit Studios, the same studio with a high reputation behind the first three seasons of the legendary anime Attack On Titan. The frequently asked question as of now, is, Will Kabaneri Of The Iron Fortress Season 2 Be Released? But we will give you all the answers here. Here’s everything we know about Kabaneri Of The Iron Fortress Season 2.

The series was well-received upon its released and it acquired high popularity. The franchise has three movies which released after the release of the first season. Unfortunately, so far Wit Studio has shown no potential regarding Kabaneri Of The Iron Fortress Season 2 of the series. But fans are still holding high hopes for a new installment.

The plot is set in a post-apocalyptic world and humans are almost on the verge of extinction. Humans are threatened by a grave danger where living a sustainable peaceful life is matter out of question even day to day survival is never guaranteed but still, humanity or what’s left of it is trying their utmost to make the best out of things that they get which includes specialized equipment, weapons, transport facilities, defense mechanisms, etc. The plot is set during an industrial revolution era where the world is getting accustomed to new technological advancements intended to aid their lifestyle however this progress was absolutely obstructed by an unfortunate event leading to a mass impactful catastrophe that rewrote the fate of humanity. An unknown (so far) virus emerged out of nowhere affecting humans and turning them into monstrous creatures who are dead yet capable of moving.

However, these creatures are extremely dangerous since they hold an insatiable hunger for human flesh. These flesh-eating monsters who were once sane humans are called “Kabane”. Their appetite for human flesh is endlessly making them the grave threat they are and making matters worse is the fact that this condition is contagious. If an affected Kabane even slightly bites a normal functioning human, the human is done for since sooner or later the person will turn into a Kabane as well and will be turned into a half-dead walking human flesh-eating monster. Questions like How this virus originated? Is this a natural mutated virus or a man-made one intended to cause this catastrophe for a personal vendetta? Is there any cure? And if there is what it is then? , are still unknown leading to a more perplexing situation.

Having no details whatsoever about the virus has made it more complicated for humans to deal with this virus due to the lack of biological information so humans, for now, have resorted to defending themselves as much as they can from this grotesque threat of Kabanes. However, this is where the industrial and technological aspect kicks in. Humans in order to survive from this grave situation have made the best they could out of the technology they have. From building enormous walls to protect the only few last surviving fragments of humanity to the best possible equipment to adapt to this situation of turmoil. Even though most of the human civilization is devastated, some civilizations with extremely high defense initiatives were able to survive barely.

One such place is the fortified island of Hinomoto where they did the best they could and are trying to do better to combat the massive hordes of Kabanes which appear to be endless. However, to travel through these gigantic fortresses, they would have to rely on something sturdy, durable and at the same something with extremely high velocity, or else commuting through the massive hoarse of Kabanes would be next to impossible.

So they ended up with the idea of armored trains which are designed for heavy-duty. However maintaining such technologically advanced trains with weaponry, armor, defense mechanism and many more is not a piece of cake. Skilled drivers to skilled engineers are needed who can manage these trains and since these trains are now the only medium of transportation they will have to be more careful. Ikoma who is among the young people who provide services for these trains has come up with an invention, which according to him might turn the tide of the battle between humans and Kabanes. The only weakness Kabanes have is their heart which is coated with iron and hard to destroy but to kill the Kabanes for good, destroying their hearts is the only way out.

Ikoma- Tasuku Hatanaka from Kanagawa Prefecture, Japan provides the Japanese voice for Ikoma in the anime series. He is also famous for his role as Kaminari Denki from My Hero Academia.

Kabaneri of the Iron Fortress Season 2 has no trailer or teaser available as of yet. The show is available on Netflix.