ALSO READ| How To Watch Anime On Anime Planet?

Wu Clan Head: The Master of Phantasms- Wu Xing appears and declares that he would seek vengeance for the one he loved. He also claims that the geezer who assassinated his uncle Fabio Wu is no longer alive. Edward goes on to describe his situation and encourages Wu Xing to forget about everything and join him. Eroih and Wu Xing, on the other hand, didn’t hesitate to fight. Then there’s a three-way fight to see who can defeat who. Eroih emerges behind Edward, breaking Wu Xing’s blade even more. Wu Xing had also vanished, which caught him off guard. Edward strikes Wu Xing with a powerful blow. Edward goes on to remark that these two are a pair of old styles that have yet to get above that level. Eroih and Wu Xing both land on the ground on the opposite side of Edward Wu, but far apart. The two had been brutalized to the point of exhaustion without landing a single clean hit. Edward Wu shreds his t-shirt and removes his glass, declaring that he has no time for unworthy opponents. He then transforms into Edward Wu, the King of Hades, and smiles at them with red eyes. They were made to recognize that they were losers who had failed to evolve by the King of Hades.

The conflict between the Kure and the Wu Clan is revealed. Solomon Wu and The King of Brutality: Fabio Wu assists Edward Wu in punishing Kure Raian, who then defeats Fabio and Solomon with Removal. The 2v2 battle began after Erioh was able to kill Solomon. Kure Erioh also informs Edward that it will be two versus two because a member of the Wu Clan has been killed. Edward then smiles and believes that geezer has left. Fabio lunges at Erioh, who dodges the blow before it lands in his face. By killing Erioh, Fabio hopes to revenge his brother’s death. Fabio advises Erioh to prepare for death, but Erioh responds that he isn’t a string chicken. Erioh also considers the Westward Faction, which he considers to be distinct from the Kure Clan. Erioh pierces Fabio’s heart with a powerful blade. Erioh attacks Fabio from behind, slicing him in two. In Hell, he says to Fabio, he’ll meet up with his brother. Edward Wu’s head belongs to “him,” says Erioh, pointing to Edward Wu with his blade. While Edward tosses a cigarette towards Erioh, who punches him, two members of the Wu Clan are slain. 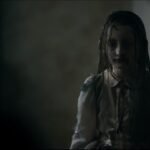 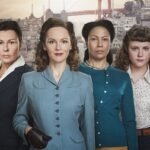