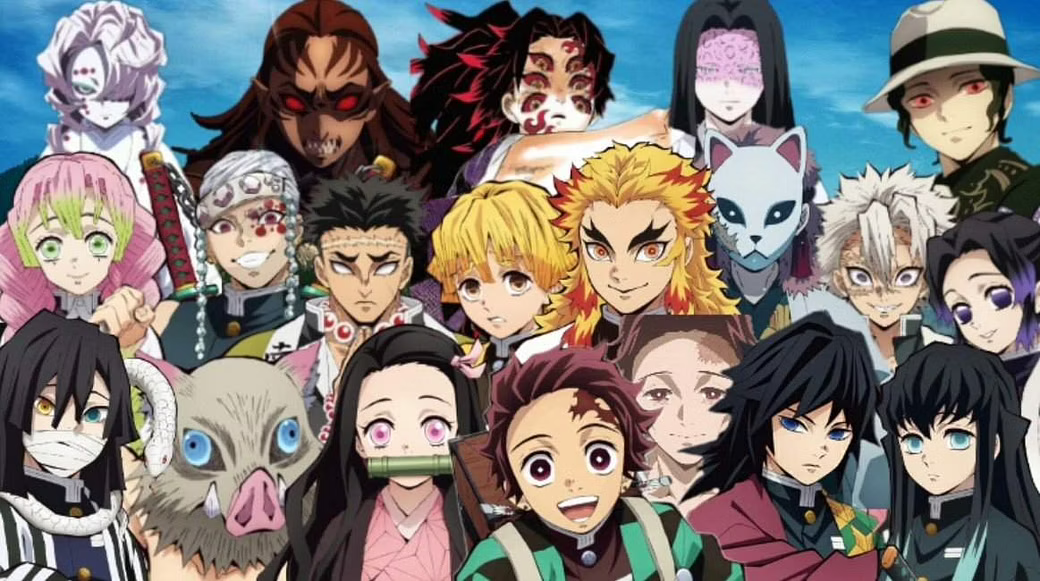 Demon Slayer is an anime that nowadays many anime lovers have been talking about. This manga-based anime has been making new fans every day with its impressive storyline. Demon Slayer: Kimetsu no Yaiba is a Japanese manga that is created by Koyoharu Gotouge. The story tells us about a teenage boy who fights to save his sister and take revenge for his family’s death. The story stands as perfect fantasy manga that is filled with all types of action, thriller, and drama.

However, when we talk about Demon Slayer, you can leave the topic without talking about Demons. Muzan, the demon king is the main antagonist of the series. He is a ruthless demon who is greedy for more power. There is another demon named Kokushibo who is one of the demons and is considered one of the most powerful demons to exist.

So what would be the results if they would ever face off each other. What do you think would be the answer if there’s Kokushibo Vs Muzan?

Muzan is the main antagonist of the series. Muzan is the one who is solely responsible for all the demonic chaos that happens in the story. He is also known for being the head of the Twelve Kizuki, a twelve demons organization that serves him. Many years back, when Muzan was suffering from a terminal disease. To remove the disease, he was turned into a demon under some experiment that was able to keep him alive. Since then, the demon was determined to gain power over the world and keep himself truly eternal. Muzan makes his army of demons by injecting his blood into the humans that would turning them into demons and giving them a stronger body. Muzan also tries to find the medicinal flower named The Blue Spider Lily that was used as his medicine during his illness. The flower was able to give him a strong body and was able to save him from death. However, the demon is not satisfied with his regular strength, he yearns for more and more power that will make him invincible. He tries to capture Nezura Kamado to gain her ability to survive under the sun which is very rare among the demons.

What are Muzan’s Strengths?

Muzan is described as one of the greatest and most powerful demons to exist. After being cured by the magical flower, Muzan was able to gain supernatural powers that were able to make him live but with a demonic body. The supernatural power that he possesses has biological absorption that makes him able to absorb any organic or inorganic object. That’s how he can take in any sort of power source in him. His combat form brings in the extra strength that makes him unbeatable. The power of the Blue Spider Flower brings a special power to his blood which makes his blood act like a demonic substance by which he can make more and more demons Muzan has a demon manipulation strength that makes him able to control the demons to some extent. His genius intellect, impressive speed and reflexes, immeasurable strength, and high absolute regeneration are the other powers that he possesses.

Kokushibo is one of the important supporting antagonists of this anime series. He is one of the demons affiliated with the Twelve Kizuki. He also holds the highest position or also known as Upper-Rank One. Kokushibo was once a human named Michikatsu Tsugikuni. He was a former demon slayer before he turned into a demon himself who ends becoming the strongest demon to exist. Kokushibo was the first demon slayer to become a demon and has a rough relationship with his human past. He is described as a humble and kind man who loved his family and his twin brother the most. After turning into a demon, he turns out to be more aggressive because he didn’t want people to turn him into a pushover. He is highly concerned about his ugly demonic appearance and thinks that it will affect his twin brother the most. He grows stronger and stronger, using his previous samurai skills and making himself the Upper-Rank One.

Kokushibo is another demon that survives as one of the most powerful demons after Muzan himself. His powers, just like Muzan, are incomparable to the strength of the other demons. He possesses powers that are very similar to Muzan’s power. Biological absorption helps to gain what humans have in them. He takes in their abilities which makes him stronger. The demon slayer mark remains with him even after he becomes a demon. This mark gives him the strength that will help to use his pre-demon powers. He has flesh manipulation as one of his strengths. His will is strong as steel which makes him ambitious and aggressive to reach his goal. His other strengths that can be seen are immense strength, stamina, intelligence, speed, and reflexes. These strengths are very similar to what Muzan has.

Now we get back to our real question. Who would win if Kokushibo and Muzan had a frightful?

After comparing both of them, we can get finally analyze their strengths together. Both the demons are recognized as powerful demons in the anime series. Despite the difference in appearance and age, they have somewhat equal strength to fight their enemies. Both of them are extraordinarily powerful. However, the difference comes in close when we talk about this in a depth.

Kokushibo is recognized as one of the strongest demons after Muzan himself. And when said after Muzan that shows Muzan is much more powerful than Kokushib. Muzan is the one who created these demons with his infective blood. That means the supernatural power that Kokushibo holds is another part of Muzan that lives inside him. Not only this but Muzan is also seen as the demon who has more power and abilities than the other demons. Kokushibo has combat strength that makes him unique in a different way, yet he is still nowhere near the demon king himself. As mentioned before, Muzan can also control the demons as they possess his blood that made them demons. He can control them, manipulate them and give them order without any complications.

So, if we were ever to witness a fight between the two most powerful demons of Demon Slayer, it would be an interesting fight to see. The two demons have a different idea of combat which brings in the amusing factor which makes the fight almost unpredictable. But we can see the results that Muzan will defeat Kokushibo very easily with his demonic strength and manipulation.

Based on the Taisho era, in Japan, a boy named Tanjiro Kamado lived a very decent life with his family in the mountains. He is described as a kindhearted boy who is hardworking and has a sense of how to take care of others in a very pleasing way. He is friendly to the entire village people. Tanjiro becomes more hard-working and the breadwinner of his family. He lives with his mother and his other siblings. Tanjiro is also shown as the humble and caring older brother and son who is obedient and faithful to his family.

While being out for his daily wages, he comes back home to see that his family has died under the attack of the demons. These demons transform humans into their kind. These demons have special powers. These demons attack humans to get their food and are quite full of rage every time. Tanjiro finds his sister, Nezuro who has now turned into a demon.

At first, she tried to attack her brother, and somehow, she still manages to keep the human alive in her, despite her supernatural powers. Looking for different sorts of demons, Tanjiro and his sister come across a demon slayer named Giyū Tomioka who almost ends her sister’s life. After finding something unusual in Nezuro, the demon slayer advises Tanjiro to find his master, Sakonji Urokodaki who would help him and his brother in this case.

Tanjiro finds the old master and asks him for his help. The master accepts and helps Tanjiro to become a demon slayer himself. After taming his sister, he sets off to his training to become the demon slayer to get behind all these demons and find the one who is responsible for all this and is burning to take revenge for his family’s death.

The story is original, amazing, and thrilling in every way possible. The anime gives the extra taste of the plot through all the animation and the excitement. Each episode brings something new to the series and makes the anime even more interesting than the previous.

The anime has gained lots of love all over the world for its plot, animation, and all other great aspects of the anime. It has gained positive feedback from the viewers and it continues to shine as one of the great anime shows that the world has seen.

Where to Read and Watch Demon Slayer?

Demon Slayer is a Japanese anime series that is based on a manga series named Demon Slayer: Kimetsu no Yaiba. The anime has been continuing since April 2019 and it has been gaining attention from viewers all around the world.

The manga series, Demon Slayer: Kimetsu no Yaiba has been famous ever since its release. The manga has been available all over the internet. These comics series are available on various websites that provide Japanese manga with English translations.

The anime series is available on both Netflix and Crunchyroll for easy access for international viewers. You can find all the seasons and episodes of the series available on these platforms.