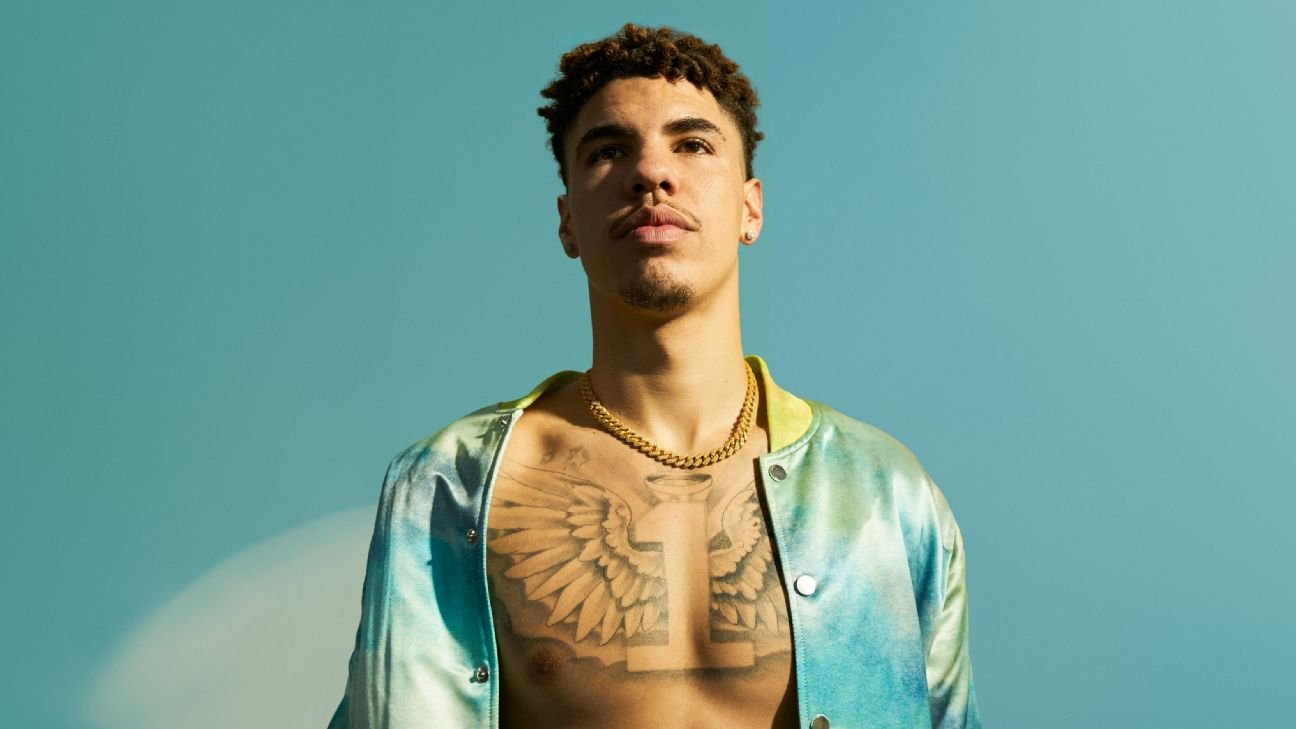 LaMelo Ball (full name LaMelo LaFrance Ball) is a 20-year-old American professional Basketball player. He is an NBA (National Basketball Player) and plays for the Charlotte Hornets. The ball was chosen by the team in 2020 for the overall pick-up of the 2020 NBA draft.

Playing since HighSchool, where he was a part of the school’s basketball team with his two older brothers (LiAngelo and Lonzo) after leaving the team due to a coaching dispute he signed with ‘Preinai’, a professional Lithuanian team. Thereon, in 2018 he participated in the JBA (Junior Basketball Association). The league was a creation of LaMelo’s father. Basketball is a family affair in LaMelo’s family.

He continued his studies and attended Spire academy (in Ohio) as a Highschool senior. After graduation he attended UCLA, he was a five-star recruit, but he did not play for the college due to eligibility concerns, instead, he joined the ‘IIIawarra Hawks’ of NBL (National Basketball League), where he won ‘NBL Rookie Of The Year’ 2019. Shortly after he was chosen for the Charlotte Hornets for NBA in 2020.

Since playing in Junior Basketball League (JBL) in 2018, Ball has won various awards: in 2018 he won the JBL All-star and JBL champion awards. In 2020 after joining NBL, he won the NBL rookie of the year. And then Joined the NBA team ‘Charlotte Hornets’, he won the NBA All-Rookie First Team and NBA Rookie of the year award in 2021. Recently in 2022, he won the NBA All-Star award. LaMelo is a promising youth and it can be seen that he is going to be big in the basketball scene. Since Highschool he has been attracting people with his talent. He is one of those who were just born with talent. The thing that made LaMelo popular among the general public was his role in a reality show called ‘Ball in the Family’ on Facebook Watch.

Read on to find out more about LaMelo Ball below and if you would like to keep yourself updated on your favorite celebrity news, then do not forget to follow @Poptimes.

The basketball player has an estimated net worth of 20 million dollars as of 2022. He is is a successful young man. It is also reported that he signed a 100 million dollar shoe deal with Puma and now he is a brand ambassador for the brand. And his contract with Charlotte Hornets is for 2 year period for 16 million dollars.

READ: Ashanti Net Worth: How Much She Earns?

LaMelo Ball was born on August 22, 2001, in Anaheim, California. A ‘millennial baby’, he is currently 20 years old.  His parents are LaVar Christopher Ball (father), an American businessman. The CEO of a sports clothing brand called ‘Big Baller Brand’. LaMelo’s mother is Tina Ball. It is known that both his parents used to play basketball while at college. Therefore it is no surprise that LaMelo was taught to play basketball since he started walking. His older brothers also have the same story.

He has focused on basketball since then. At age 13, he joined Big Ballers VTX with his brothers, a team launched by his parents. The team was not sponsored by any big company therefore they could only compete in local competitions. But through all that he finally reached the National Basketball Association and he is a player there now. It has all worked out fast for LaMelo. And since he is still young, we hope to get to see more of him in the future.

As for the young man’s love life, he is currently dating a model named Ana Montana who also goes by the name ‘Analicia Chaves’. Ana has about 2.4 million followers on her Instagram account. As a model, she is currently the brand ambassador for a clothing brand called ‘Fashion Nova’. She also appeared in a music video for the song ‘Dope’ by T.I (a rapper).

LaMelo and Ana live together and now and then, they post pictures of each other on Instagram and even leave lovely comments on each other’s posts. Ana recently left a comment on LaMelo’s Instagram post where he had on an all-black outfit with pink shoes and to no one’s surprise, a basketball hat. For now, it seems, he is happy in his relationship with Ana. We wish the couple happiness.