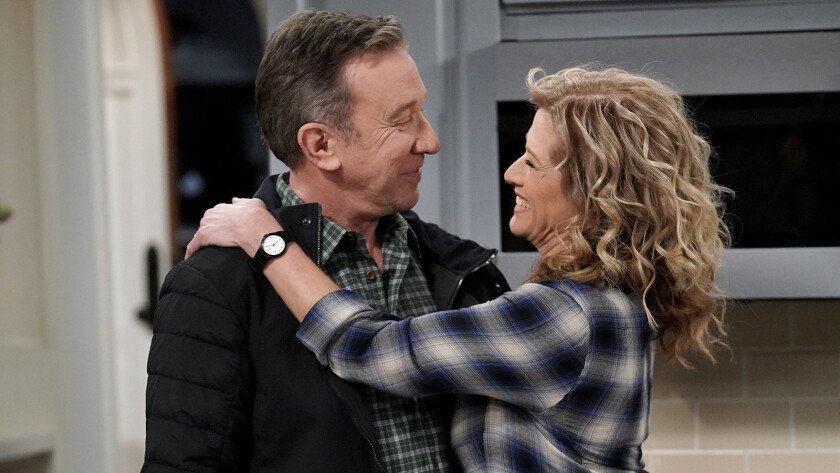 Last Man Standing sitcom series is widely wholeheartedly embraced by the audiences. This series is something that you would love to watch with your family and it teaches you about family values too. The Last Man Standing is a hidden gem that will never fail to make you laugh and at the same time, it’s kind of addictive and highly worth watching. Let’s read out this article to learn more about Last Man Standing!

An American sitcom series Last Man Standing, created by Jack Burditt. John Amodeo has produced in the series whereas executive producers of the series are Tim Allen, Kevin Abbott, Richard Baker, Shawn Levy, Matt Berry, Kevin Hench, Marty Adelstein, Michael Shipley, Becky Clements, Jack Burditt, John Pasquin, Tim Doyle, and Rick Messina. The series starts with Tim Allen, Héctor Elizondo, Molly Ephraim, Jordan Masterson, Nancy Travis, Jonathan Adams, Amanda Fuller, Molly McCook, Christoph Sanders, Kaitlyn Dever, Flynn Morrison, and Alexandra Krosney. To date, Last Man Standing has a total of 9 seasons which comprise 194 episodes. The series first season premiered on October 11, 2011, which broadcast on ABC. And till the 6th season, the series was being broadcast on the ABC channel only. From Season 7 onwards, ABC refused to broadcast the show despite its ratings, and almost 1 year later, Fox announced that it will broadcast the series from season 7 onwards, which premiered on September 28, 2018. This series has been broadcasted for 9 seasons and all the audiences are eagerly waiting for season 10. Continue reading this article to know everything about season 10 of Last Man Standing!

The production companies of the series such as 21 Laps-Adelstein Productions, Double Wide Productions, Mr. Big Shot Fancy-Pants Productions, Lyonsberry Productions, 20th Television, and NestEgg Productions have done a phenomenal job and that is the reason this series is loved by audiences across the globe. The series ran for almost 10 years with nine seasons from October 11, 2011, and wrapped up on May 20, 2021. Almost a year has passed since season 9 has ended and all the viewers are waiting for season 10. We have some updates related to the season 10 premiere date, so, unfortunately, the network has already announced that season is the last and final season. Then there won’t be any further seasons of Last Man Standing.

There is an official announcement that season 10 of this series is not happening, and the sitcom series ended with season 9 only. So there won’t be any storyline for season 10. However, let’s read out the storyline of previous seasons: the series follows the life of the director and senior executive of marketing for an outdoor sporting goods store that is based in Denver. He has a small family which includes his wife, three daughters, and grandson. But in the future, some young men joined his family while dating his daughters or some married to his daughters. This storyline will make you laugh until your eyes become teary.

The series has a great cast list that perfectly blends with the scenes. The casts of the series are Michael Martin (father of three daughters) by Tim Allen; Vanessa Baxter (wife of Michael Martin) by Nancy Travis; Eve Baxter (youngest daughter) by Kaitlyn Dever; Amanda Elaine (middle daughter) by Molly Ephraim and Molly McCook; Kristin Beth Baxter (oldest daughter) by Alexandra Krosney and Amanda Fuller; Victor Blake by Kenton Duty; Bud Baxter by Robert Forster; Justin by Tye Sheridan; Cammy Harris by Sarah Gilman; Joe Leonard by Jay Leno; Bonnie Davidson by Susan Sullivan; Wendi Gracin by Joely Fisher; Jen by Krista Marie Yu and many more. There is no character list for season 10 because season 9 was the final season.

There will be no trailer for season 10 as the network has announced that season 9 was the last season of the series. If you haven’t watched previous seasons of Last Man Standing, then you can watch it on Disney+ Hotstar. After watching Last Man Standing in previous seasons do let us know your reviews in the comment section. Stay connected with us for more articles on your favorite shows!