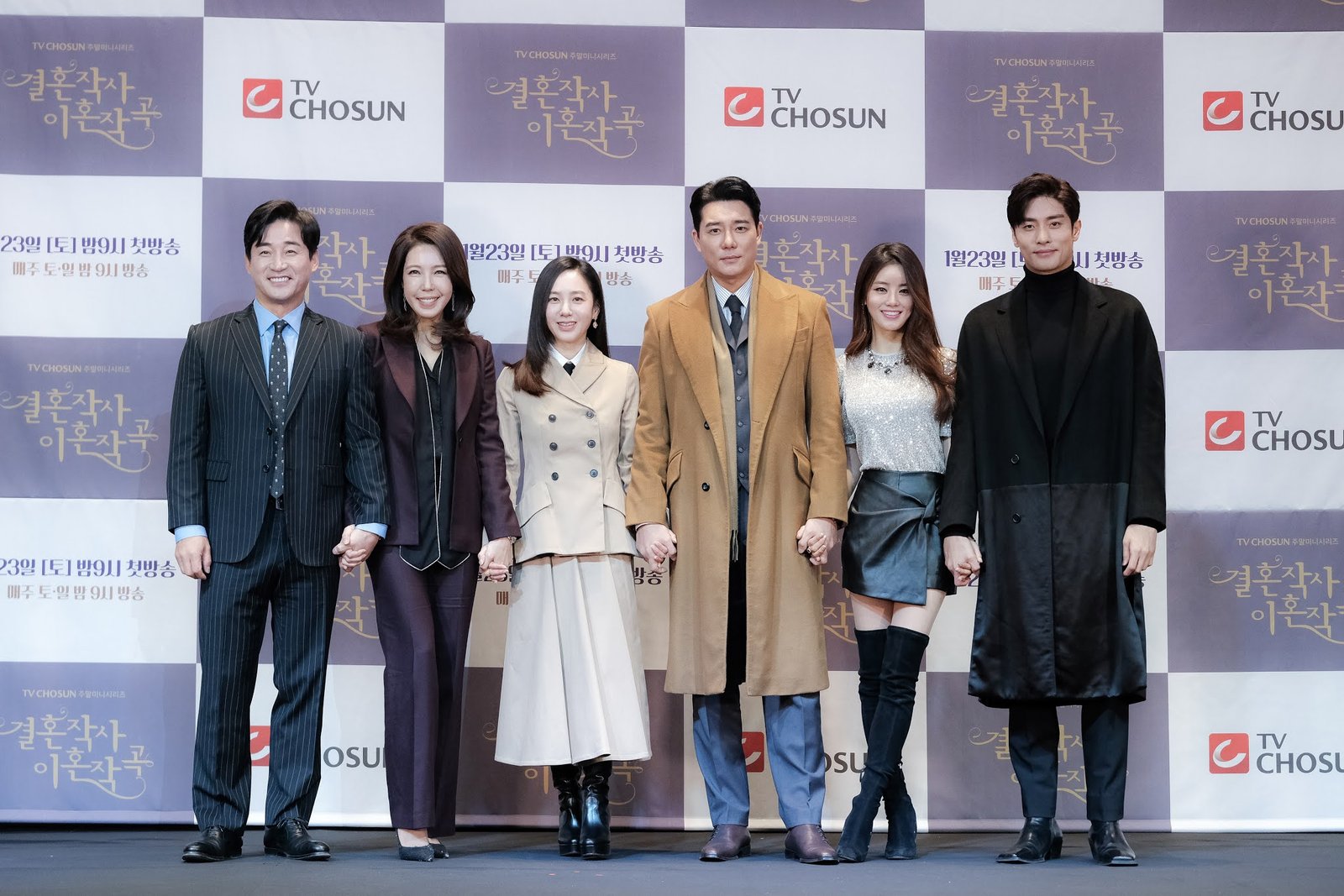 Love ft. Marriage and Divorce is a South Korean series that premiered on television and is of the genre melodrama, airing its first season and first episode from January 23 to March 14, 2021, on the channel TV Chosun on Saturdays and Sundays at 21:00 KST. The series has a large cast that includes Jeon No-min, Lee Ga-ryeong, Jeon Soo-kyeong, and Lee Min-young. The series is also available for streaming on Netflix. The series has a total of three seasons.

The second season of the series aired from June 12, 2021, to August 8, 2021, on the Television channel TV Chosun during the same time slot as its former season, airing every Saturday and Sunday at 21:00 KST. The second season’s last episode had a rating of 16.582%, which made the series gain one of its highest rankings yet, the eighth highest in Korean cable television history.

The television screenwriter Phoebe, after five years of announcing her retirement from the entertainment industry, re-signed an exclusive management contract with Jiam Inc in the month of August in the year 2020. She commented that her next project would air in the year 2021.

In Season 3, the former cast members Sung Hoon and Lee Tae-gon were reported to not appear in the season, although it was later stated in an interview that the two actors and the drama team are having discussions on whether the two will join or not. The series went through a major cast change, with many of the older actors being replaced by new ones. On October 29, 2021, it was announced that the role of Pan Seo-hyun, which was originally played by the actor Sung Hoon, would be taken over by Kang Shin-Hyo after Ace Factory, the agency, revived the offer. Then on October 30, 2021, the role of Shin Yu-shin, which was originally played by Lee Tae-gon, was handed over to Kwon Hyuk-jong.

The staff for the series informed on January 25, 2022, that the series would have a third season which will air its first episode on February 26, 2022.

Season 3 of this k-drama ended on 1 May 2022. It did gain quite a good nationwide rating. It’s been a few months since its release, but there is no word on upcoming seasons. The show ran for three successful seasons, and so this gives us hope to expect more installments in the future. This is the reason why the fans have enquired so much about Love ft. Marriage and Divorce Season 4 and its premiere date.

As per the latest updates, this South Korean drama has not been renewed for season 4. The official announcements are still to barge in, which can give us rough speculation. Presently, there is no detail related to season 4 of Love ft. Marriage and Divorce. Therefore, we need to wait a bit more to hear from the creators.

Also, you do not have to worry about that, as all the critics and all the fans all around the world have given the show such a great rating that they will have to think a lot harder before canceling the show.

This dramatic plus romantic show has not been announced for the fourth season, but if we talk about its story then we can predict that the story may continue from where the last season ends. The love story of Pi Young and Dong Ma may take different twists and turns, so we need to wait for the official announcement of Love ft. Marriage and Divorce Season 4 so that we can get to know about the spoilers.

Love ft Marriage and Divorce season 3 continues to connect different stories surrounding the three families. Pi Young falls in love with a man named Dong Ma, who turns out to be Seo Ban’s brother, Seo Ban, on the other hand, falls in love with Si Eun. This season is filled with even more drama and romance than its last two seasons.

Kang Shin Hyo was born 1989 on August 13. He is a South Korean actor. Kang started his acting career after taking acting classes which were taught by Shin Yeon Shik, a director, after which he was cast by the director for his independent film, The Russian Novel, as the lead role.

Lee Tae gon was born 1977 on November 27. He is a South Korean actor. Lee graduated from Kyonggi University, where he majored in Physical Education, specializing in swimming, and even gained qualifications to become a swimming instructor before deciding to enter the entertainment industry.

We don’t have any information regarding the cast or characters of season 4, they will be disclosed only when the makers announce the release of the next season.

The official trailer for the series Love ft. Marriage and Divorce were released on January 20, 2021, on the official YouTube channel of Netflix Asia. No trailer has been announced for the fourth season yet.

Where to Watch Love ft. Marriage and Divorce Season 4 Online?

Love ft. Marriage and Divorce can be streamed on Netflix. You need to wait for the release of season 4, it is not available as of now.