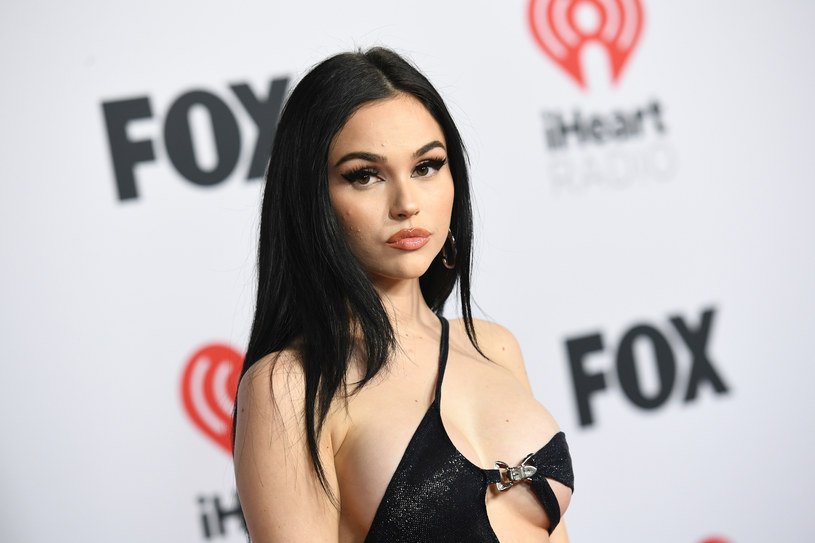 Maggie Lindemann is an American Singer and Songwriter. Maggie Lindemann was born in Dallas, Texas, the U.S on July 21, 1998. Maggie Lindemann’s birth name is Margaret Elizabeth Lindemann. Maggie is an amazing singer and she is a singer popular and has 5.8 million followers on her Instagram. Maggie Lindemann has released several singles, she released her first single “Knocking on Your Heart” on September 4, 2015, she originally debuted with her first single but last year she debuted with her first album “Paranoia” which was released on January 22, 2021. Her first album has many captivating songs such as Knife Under My Pillow, Gaslight, Crash and Burn, Loner, Love Songs, Different, It’s Not Your Fault, and Scissorhands, the album has 8 songs in total. Currently, she is working under swixxzaudio, she joined the label after she left 300 Entertainment, and she released her single “Pretty Girl” when she was a part of that Label. Maggie has several popular singles such as Knocking on Your Heart which was released on September 4, 2015, and Couple of Kids which was released on October 30, 2015.

Things, released on January 29, 2016, Pretty Girl, released on September 30, 2016, Personal, released on October 13, 2017, Obsessed, Human, Would I, Friends Go, Knife Under My Pillow, Gaslight, Ohmami, She knows it and many more. She became more popular after she released her single “Pretty Girl” in the year 2016, Pretty Girl even has two remixes, one is Ye. Remix and another one is Taylor Wise Remix, both were released in 2017. She achieved a lot through her single Pretty Girl, which charted 12 on Australia Music Chart, 27 on the Austria Top 40 Music Chart, 71 on the Canadian Music Chart, 13 on the Danish Top 40 Record Chart, 25 on the GFK Entertainment Charts, 6 on the Irish Singles Chart, 16 on the Dutch Single Top 100 Chart, 8 on the Norwegian Record Chart, 4 on the Sverigetopplistan Record Chart, 42 on the Swiss Hitparade Record Chart and 8 on the UK Music Chart. That Single Increased her Fans and in 2020 she released another version of Pretty Girl. Recently, she released her latest single Break Me on June 3, 2022, fans loved the song so much and appreciated it too. She has also done several songs as a Featured Artist, some of her featured songs are Moon and Stars, Personal, OhMami, Debbie Downer, and many more are there.

Maggie Lindermann is one of the most popular singers. Recently, she has been gaining more and more popularity and her fans are growing. As a singer, she is growing too. Many people are curious about her Net Worth and Personal Life. This article has mentioned each n everything about her so stay connected to our site. According to the sources, Maggie Lindemann’s Net Worth is $3 Million as of 2022, her Net Worth is growing as she is also increasing a lot as an Artist. She also earns a lot through her YouTube channel and Concerts. Maggie is considered one of the most talented young singers and we can anticipate that in a few years she will be one of the top American singers and songwriters.

Maggie Lindemann was born in Dallas, Texas in the year 1998 on July 22. She started her career at a very young age, she first posted videos on Keek, a social media app, and also posted videos on other social media sites. Gerald Tennison, who is the manager of Maggie discovered her video on Instagram and then she moved to Los Angeles to Focus on her Music Career.

This amazing singer is getting more and more recognition and people are very curious to know about her Personal life. Maggie Lindemann was dating PrettyMuch’s Brandon Arreaga, PrettyMuch is one of the most popular Boy Groups in the World and Brandon is also one of the most biased members of the group, he has a huge fanbase, and the fans supported their relationship but unfortunately, In May 2022 the couple broke up. Fans were so sad to hear this news but let’s hope for the best for the two of them.

READ MORE: Can You Imagine Kim Pegula Net Worth?