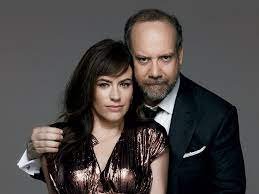 You might have heard the name of Maggie Siff but do you know about her husband? Well, in this article we will give you complete information about this American Actress and producer and her husband. Maggie Siff is well known for her role as Dr. Tara Knowles in the famous television series “Sons Of Anarchy”. She has also acted in several movies such as Push, Funny People and television series such as Law and Order, Billions, Explained, and many more. Currently, she is the television spokesperson.

She is one of the most influential actresses of her time and made her name in the Hollywood Industry by her hard work. Her fans continue to support her. She has been nominated for various awards and achievements in her career. In 1998, she won Barrymore Awards for Excellence in theatre for her role in the play Ghosts. She was nominated for the Critic’s Choice Television Award and Screen Actor’s Guild Awards for her outstanding performance.

Maggie Siff was born on June 21, 1974, in Bronx of New York City. Her mother is Swedish- Irish and her father is Russian-Jewish. She went to Bronx High School and graduated from Bryn Mawr Women’s College in 1996. Her subject was English Literature. Furthermore, she completed her Masters’s in acting from New York University’s Tisch School of the Arts. She says that she feels like she is culturally Jewish because of the environment she grew up in. She was interested in acting from her early childhood days. Before doing television shows and movies, she worked in regional theater and won Barrymore Award for Excellence in Theater in the year 1998 for Henrik Ibsen’s Ghosts.

She was first seen in a television series in 2004 where she appeared as an Alcoholics Anonymous speaker in the second season of Rescue Me. She played her role beautifully in the shows like Grey’s Anatomy, Law and Order: Special Victims Unit, and Law and Order. In the series called Mad Men, she played the role of Rachel Menken Katz from 2007 to 2008. This role earned her a nomination for Screen Actors Guild Award for Outstanding Performance. She was seen in Nip/Tuck. In the same show, she also played the small role of Rachael. In the year of 2008, she was cast as DR. Tara Knowles on Sons of Anarchy. Her other tv shows are Life on Mars, A Gifted Man, Billions, and Explained.

MUST-READ: Is Brie Larson Dating Someone? Who Is Her Boyfriend?

Maggie Siff also appeared in various movies. She played the role of Lily in “Then She Found Me” in 2007, and Rachel in “Funny People” in 2009. She portrayed the role of Teresa Stowe who was sent to help Nick in Push in the same year. She was seen as Rabbi Renannah Zimmerman in Leaves of Grass in 2010. She was also a part of Concussion where she was seen in the role of Sam Bennet. She also starred in the independent movie named A Woman. She also portrayed the roles of Lisa Sullivan in The 5th Wave (2016), Anna Baskin in A women, apart (2016), Ava in The Sweet Life ( 2016), Lisette in One Percent More Humid (2017), and Cheryl in The Short History Of The Long Road (2019).

Gwendy’s Button Box was the audiobook narrated by Maggie Siff in the year 2017. In the year 2020, she served as a voice artist for “Polly Platt: The Invisible Woman”.

According to various reports, the net worth of Maggie Siff is estimated to be approximately $15 million. Her source of income is her acting in various T.V. shows and movies. Her hard work can be seen in her acting in these shows and movies. She has been one of the powerful actresses of her time and won many achievements in her career.

She married her long-term boyfriend, Paul Ratliff in October 2012. He was a basketball player although now he is retired. A year after their marriage, the couple announced that they are expecting their first child. They have a daughter together who is now 8 years old. Her name is Lucy.