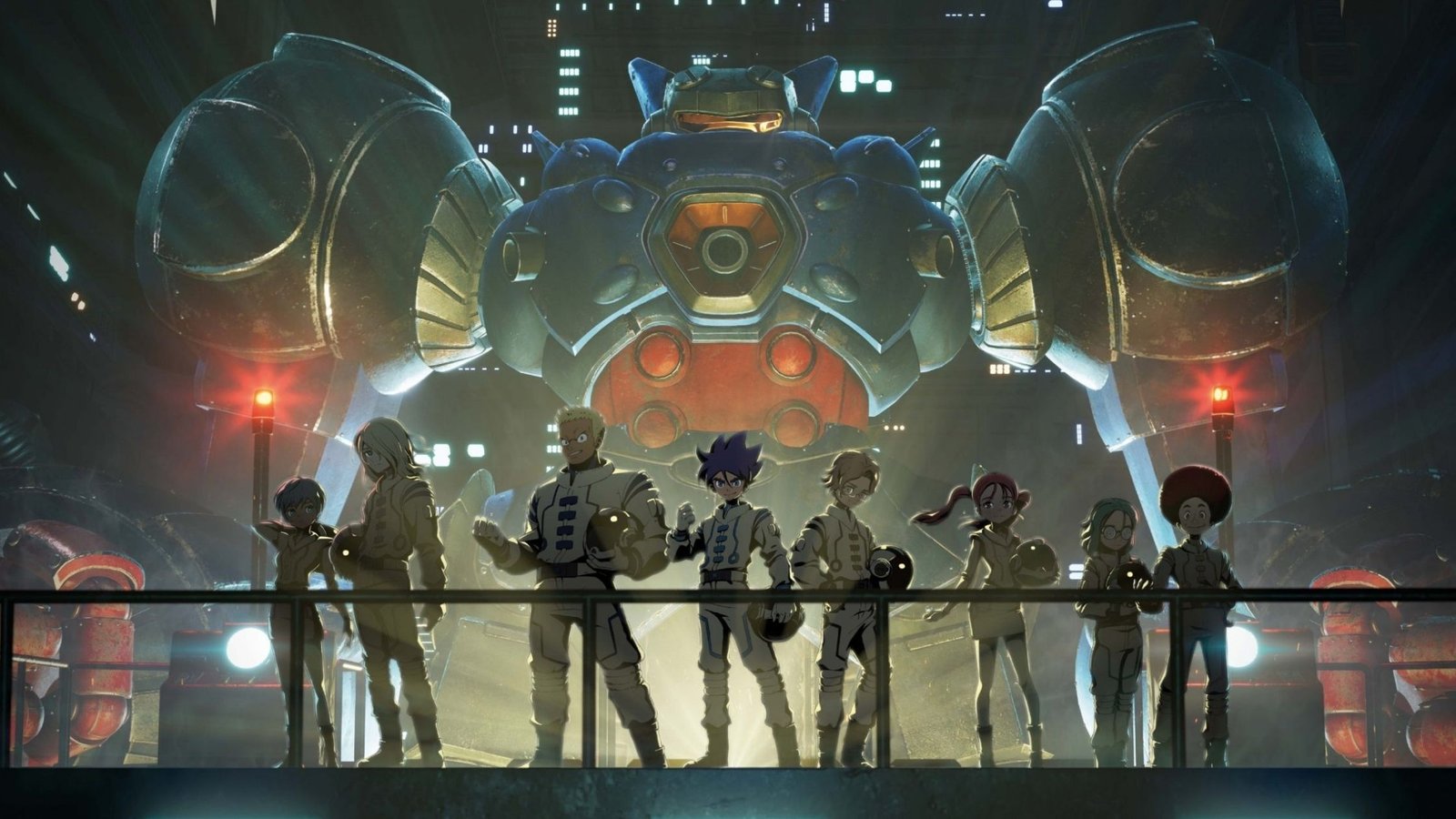 Megaton Musashi is expected to be another addition to the vast expanse of the mechanical genre in anime. A very little bit is known about this anime. But mecha fans are putting high hopes on it. Animes like Guren Lagan, Gundam series, and Neon Genesis series are landmarks in the mecha genre.

Now the question remains that whether it will be placed along with these golden animes or will be cast aside as just another mindless action mecha anime. Here we will discuss the anime series Megaton Musashi. Here are all the details we know about Megaton Musashi Anime Release Date.

The anime is expected to be released on October 1, 2021. The fans will find the anime on Tokyo MX, BS Fuji, and other prime Japanese networks.

The story takes off on an Earth which has been already destroyed by a mysterious alien force that has wiped out 99.9% of human the human race from the Earth. The enemy here is known as ‘Dracters’. Earth has been drilled by a large instrument and has been terraformed to make it suitable for alien inhabitants.

The last surviving bit of humans is hiding from the enemy in shelters to escape their eyes since they are left with no choice and they are waiting for the day, the opportunity to get their planet back from the hands of the enemy who has snatched away from their freedom on their land.  However, a certain amount of people are inhabiting an ordinary town, totally oblivious about the condition of their planet.

They are unaware of this enormous catastrophic event for humans that has occurred and the peaceful life they are living is nothing but a false facade. The people of the shelter Ixis had their memories of the day this invasion happened wiped clean and they hold no account of the information regarding that day. But a few of them referred to as ‘The Chosen Ones’ are recruited to pilot giant robots. The robots are called ‘Rogue’ and they are built to retaliate against the alien strength. The story is believed to be following a recruit.

Yamato Ichidaiji- The role of Yamato is expected to be played by Toshiki Mashuda Hiroshima, Japan. He formed MaxBoys which was a singing unit with his fellow seiyuu Yoshimasa Hosoya back in 2012 which was disbanded later. He is a musician and has voiced in a lot of music-based games and anime.

Teru Asami- 30 years old Souma Saito is expected to voice for Teru in the anime. He is from Yamanashi Prefecture, Japan.

Ryuko Hijikata- Shunsuke Takeuchi will be providing the Japanese voice for Ryuko. He is from Tokyo, Japan, and is famous for his deep voice despite being young. Artists like Troy Baker and Heath Ledger are his inspirations.

Asuna Kanzaki- Tomoyo Kurosawa will provide the voice for Asuna. She made her voice acting debut as Natsuki Koyama in the 2010 anime film Welcome to the Space Show. Her noticeable roles in anime are in Yuki Yuna Is a Hero as Itsuki Inubozaki, Sound! Euphonium as Kumiko Oumae and Land of the Lustrous as Phosphophyllite.

A few trailers and teasers for the first installment of the anime Megaton Musashi are available on YouTube.