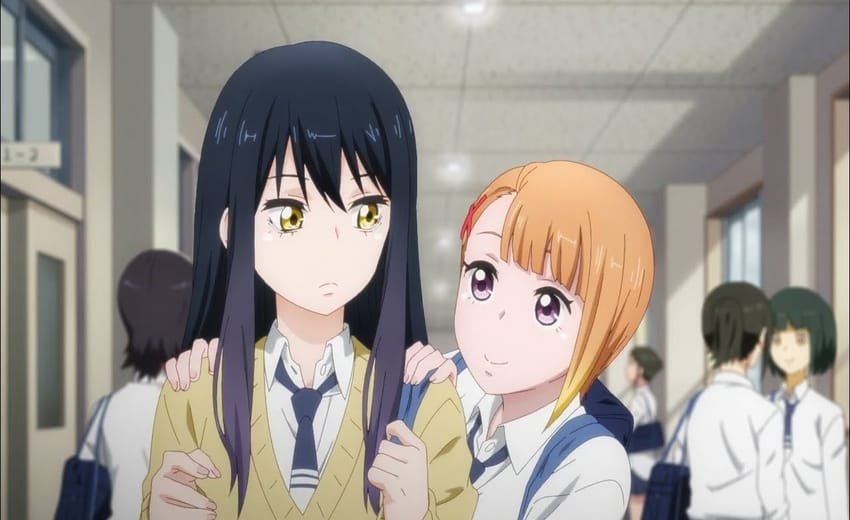 Based on the popular Japanese manga series that bears the same name written and illustrated by Tomoki Izumi, Meiruko Chan is expected to bring a breath of fresh air to the medium of anime. Not only it’s passionate art style with intricate details and all, but other aspects such as a fresh new concept with a unique plot and the proper mixture of horror and comedy flavor has gained a high expectations surrounding the anime. The first season will release recently.

No official announcements have been made regarding the release of the show yet, It is speculated that the anime will return in early 2022 as the manga is yet not finished and there is enough source material to continue the anime further one more season. Although the makers have not yet announced anything related to it. Fans might have to wait for a long time before the makers announce anything.

The anime Meiruko-chan follows a bizarre unprecedented story. The plot is unique to itself that gives a new form to the horror and comedy genre. A twisted tale that tells a story horrifying and amusing at the same time. We get to follow the life of Miko an ordinary Japanese high school girl. She happens to be living her daily life as a commoner like going to school, hanging out with friends typical of what high school girls do. She appears to be living a completely normal life however things are not even slightly close to what it seems. In reality, things are completely different.

What Miko is perceived as by others is not even remotely close to what Miko goes through since her situation is only and unique to her. No other being shares a similar fate as Miko. Miko has a special ability that kind of makes her life more difficult to live, let alone to enjoy life peacefully. Her special ability allows her to see grotesque-looking monsters and spirits. The spirits look so heart wrecking that one might lose consciousness just by looking at them. Disfigured, horrifying, hideous monsters that roam around can only be seen, Miko.

Nobody else (as of yet) can see these horrifying monsters that Miko sees making her the only one dealing with this gruesome situation. Miko is extremely terrified of the horrific looks of these monsters, so much so that her face tells the state of shock she is in just by encountering one. However even though she loses her mind when she encounters one of these gruesome-looking monsters, she gathers up her courage as much as she could and tries to deal with the situation in a mature way which is by simply ignoring them or at least trying to ignore them.

The thing is these enormous monsters have such a terrifying face it’s really hard for anyone not to notice and trying to avoid them makes it more bone-chilling. However, Miko even if she is terrified enough that her nerves could explode she tries her level best to keep her cool and carry on with her normal daily life as a schoolgirl. She still hangs out with her friends, goes to school, and does all sorts of activities however almost everywhere she goes she comes across these monsters and tries her best to ignore them as much as she could and carry on with her ordinary life activities even if she terrified to her knees.

Miko tries to adapt to the lifestyle where she goes on with her daily life and side by encountering these monsters. She does this, she musters up all her courage and goes through all the fear of facing these monsters silently so that she could keep her friends and herself intact miles away from harm’s way. This critical endeavor of even makes her face a dire situation at times where tries anything possible to deal with the situation. The anime Meiruko-chan’s story is about how Miko carries on with her life and at the same time deal with these paranormal monstrous beings she encounters.

Miko Yotsuya- Sora Amamiya is expected to play the Japanese voice of Miko in the anime who is widely popular in the anime quality for her remarkable roles such as Aqua from Konosuba series, Akame from Akame ga Kill, Chizuru from Rent-a-Girlfriend. She is extremely popular for her beauty and talent as a voice actress. She won an award under the category of Best New Actress award in the 9th Seiyuu Awards.

Trailer- Trailers or teasers for the second season of Meiruko-chan aren’t available yet.

Must Read- Bloom Into You Season 2 Release Date And Spoilers!