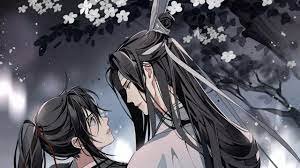 The anime series is adapted from a widely acclaimed web novel series from China which is written by Mo Xiang Tong Xiu. The novel bears the same name as the anime series. With the extraordinary plot, proper plot progression, exquisite character designs, the show does almost everything to stand out. Well-written characters and proper utilization of the fantasy world fuel up the series even more. Remarkable animation and unique intriguing stories form the backbone of the series. The anime just like the novel is being well received so far. Proper authentic portrayal of the ancient Mandarin culture is also another notable point of the series. The series has won a lot of awards such as in the 15th China Animation Golden Dragon Awards it won the Gold Award under the category of “The Best Serial Animation Award” and a lot more widely. Mo Dao Zu Shi Season 3 Episode 12 Release Date is announced, to know more check the article below.

The series so far is widely by fans and so far it has grown a substantial fan base and they can’t wait for the next episode of the 3rd season to come out. It is expected that the next episode will release on 16th October 2021, if there is no delay of any sort.

Must Read- Gun Grave Season 2 Release Date: Is It Coming?

The plot of the anime series revolves around a unique supernatural world filled with adventure, action, drama, and Impactful characters. We get to follow the journey of two men Wei Wuxian and Lan Wangji. Both Wei and Lan are “Cultivators”. In the series, the cultivators are allotted based on their hierarchy, bloodline, or family ties, unlike other conventional series where the cultivators are allotted based on the masters or school they train or practice under. However, every cultivator in the world wants to achieve Xian. Xian is a state that grants immortality that any cultivator strives to achieve. Regardless of what bloodline or family lineage they are from almost every cultivator wants to achieve Xian. However, this state of Xian isn’t easy to achieve and most of the cultivators can only dream of achieving it.

But along with the intriguing ability to become immortal, this state Xian also has a lot of dark underlying secrets which are not yet known but what is known about it is that this state follows the path of Mo Dao, which is a demonic path forbidden from getting involved with. In the beginning, we get to see Wei Wuxian carrying out a series of experiments on this very forbidden dark path of Mo Dao. This endeavor of his led to a lot of catastrophic tragedies. He carried out these experiments while he was still in the middle of his teachings. This blind endeavor of his where he followed the dark path of Mo Dao helped him reach the top and gain exceptional power.

Wei is the son of Wei Changze and Cangse-Sanren. He has received his prior level of knowledge from the Yunmeng Jiang Sect. However, his path of rising to the top wasn’t a peaceful one at all. There wasn’t even a teensy bit of serenity on his endeavor which made his journey a gruesome ruthless one with pain, suffering, and chaos everywhere. However, his time of being at the top and his era of horrors came to a stop out of nowhere when the cultivator clans challenges him and put up a drastic fight against him and when his closest companion betrayed and killed him. Now after thirteen years, Wei Wuxian gets reincarnated within a lunatic’s body named Mo Xuanyu, who called upon Wei’s soul through a sacrificial ritual which he carried out himself and this is where the main story of the series kicks off as Wei reunites with an old ally of his named Lan Wangji who belongs to the Lan Clan.

He used to be a classmate of the Wei Wuxian and is the second child of this clan after his elder brother Lan Xichen, and was also given the name of Hanguang-jun. He and his elder brother are the two jades of the Lan Clan. The world they dwell in is filled with ravenous monsters, spiritual beings, dark mysteries yet to be unveiled, and various kinds of threats that lurk around and pose a danger to their normal day-to-day lives. This series follows the fantasy-action-filled adventure of these men as they navigate through this world while building a bond they didn’t even think about.

The preview of the 3rd Season of Mo Dao Zu Shi is available. You can watch the whole season of this show here.

Must Read- Darker Than Black Season 3! Will The “Black Reaper” Return To Seek Vengeance?