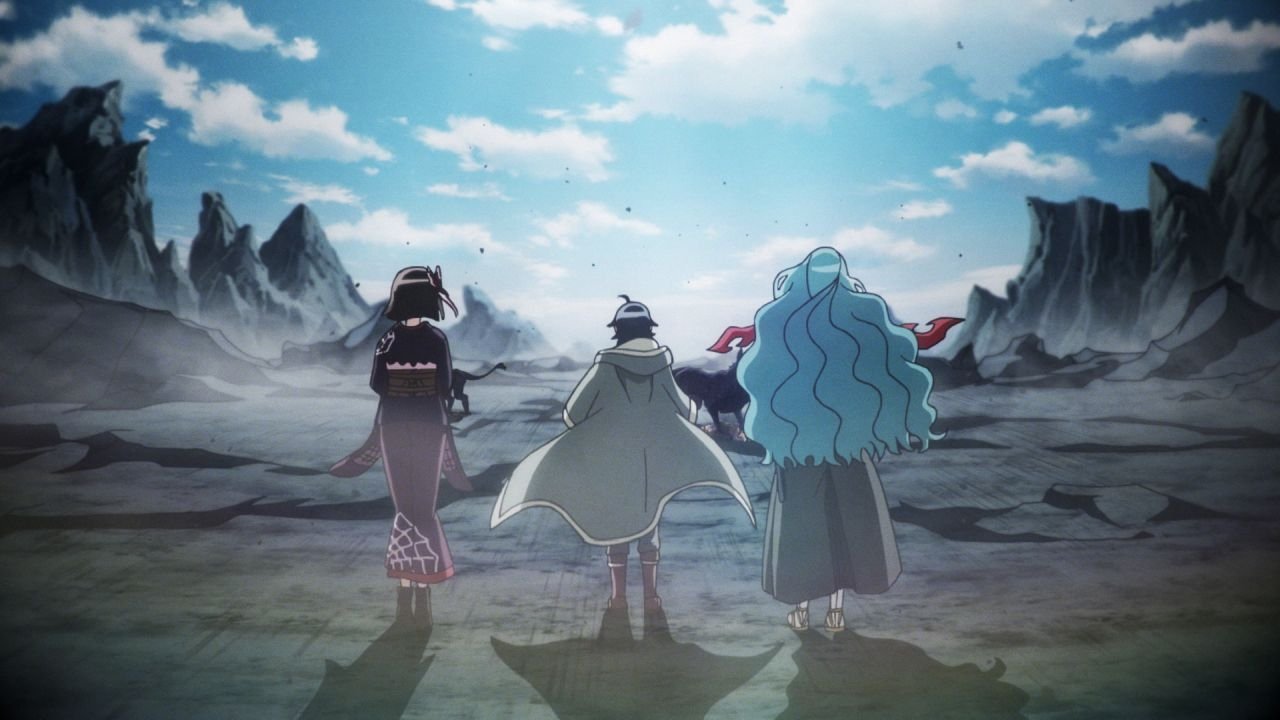 Talking about another anime series, ‘moonlit fantasy’ is one of the most popular series which is still being aired out there. A wonderful theme of a boy being told about his duties regarding another world is really creating nostalgia in teens and youngsters, and they are really enjoying it. The most amazing thing about this anime series is the perfect combination of fantastic animations and wonderful background music making it really worthy to watch, by sparing some time from our busy schedules.

The series has been successful to make perfect sequencing of the story with truly beautiful characters and their funny scenes, which is in my opinion, the main aspect of any anime or movie series to be judged for. And one can conclude, that a lot of hard work and dedication had been put behind the story and the production of the animations.

Overall, this series is capable of satisfying the craving of the viewers wanting a flavor of childhood fantasies to be a reality. I would suggest that this series must be watched by the viewers belonging to the age group of teens to youth. There is a probability that adults will not take interest in watching it, but for sure, this series will be a great feast for children and after watching this, they are definitely going to lose themselves in the world of dreams.

TMoonlit Fantasy Season one was aired on July 7, 2021, and is continued. It had a run of a total of 8 episodes to date and was streamed on Tokyo MX, MBS, BS NTV by C2C studio. The announcement of the release of Moonlit Fantasy Season 2 is expected to be late 2022 as there hasn’t been any official announcements yet . Viewers of the series are expecting that next season must have more characters having amazing superpowers, more action scenes, and fabulously sequenced stories just like this one.

It is also being expected that production house will only release its season 2 until they have not reached their target of viewers and selling and it’s looking that they will meet their expectations soon.

The story is based on fantasy and begins like, a boy named Makoto Misumi lived a normal life and his life revolves around school, sports sessions, and after that going back home. One evening, he fell asleep and someone appeared in his dream introducing himself as Tsukuyomi – no – Mikoto. He told him that he just can’t believe, whatever he is saying.

It came to be known to him that his parents were from another world. Once upon a time, they had an agreement with the goddess, by which they appeared on the planet earth in the country of Japan. In return for this, they agreed to send him on the earth.

Just before sending Makoto to the goddess, Tsukuyomi provided the lead with magic which came to be useful for him later. The goddess was not pleased by Makoto and found him unsuitable as a savior from demons and spirits and sent him to the edge of the world.

The lead of the story read about a lot of heroes going to another planet for saving their origin planet, and this became true for him. He met two girls and made them faithful companions before knowing the rules of the game. Now he is strong enough to lead his own destiny.

Makoto Misumi voiced by Natsuki Hanae is the first to be transported to the goddess world. According to the contract of his parents, he was sent to her world but she was not pleased by him and send him to the edge of her world.

Tomoe voiced by Ayane sakura had a perception in her mind that she is invincible, but the spells of the lead Makoto wounded her, which lead her to surrender herself, leading him to be interested in his memories and came across a contract with the lead. After that, she became his companion and became able to take her space, creating illusions and seeing the thoughts of the lead, which she is most interested in.

Mio voiced by Akari kito met with the lead Makoto on the second day of the new world. After ending up in a service contract, she was transformed into a sweet black–haired girl who became later a servant of Makoto along with Shen and dedicated herself to satisfy it, by grabbing the magical powers of Makoto.

Goddess is shown in the series as a diety of the world in which the lead fells after her change of mind and perception regarding him to make him a hero who can fight from demons and spirits to save the planet. She transferred two more people without revealing this fact to anyone.