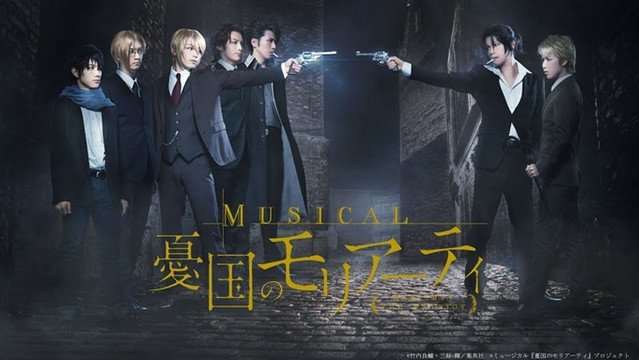 The series of musicals which is based on a Japanese manga series written by Ryōsuke Takeuchi is loved and enjoyed by people of any age. The musical adaptation based on the manga was first ever showcased in Tokyo’s  Galaxy Theatre in 2019 from May 10 to 19. And another one also took place the same month from May 25 to 26 at a different Venue. The next showcase is much awaited.

The story is heavily influenced by Arthur Conan Doyle’s book ‘Sherlock’ and even includes Sherlock Holmes, Watson, and other characters from the book in the series itself along with some original characters of the series.

Since it is a much loved and popular series, the musical will soon be back again. If you want to find out the latest information on the dates of the musical show read on to find them out below.

The next musical show is set to be showcased next year (2023). In total it runs at two different theatre venues. The First will run at Osaka Shin-kabukiza theatre from January 27-29 and the next one will run at Tennozu Galaxy theatre in Tokyo from February 2 to 12. This will be the fourth musical adaptation of the series.

For now, sit back and wait for the musical and read on to know more about the series.

The story is set in the late 1800s in Britain where there exists a huge class system that divides the society between the rich and the poor. The rich get richer and the poor get poorer in general. The noble class rules the society and has their hands in on almost everything. People from the lower economic class find living and earning very harsh and difficult in this society. There is almost no chance of a person from the lower classes ever becoming rich even with hard work. Several crimes are occurring in the city of London and several criminals lurking around in the shadows. And the crimes are also class-influenced where largely once again the lower economic class people are the victims.

The protagonist of the story is the three Moriarty brothers named William, Albert, and Louis. They share the same hatred for the class system and together they strive to reform and better the society by removing the class system itself so that anyone can flourish and have better lives. To achieve this they use their wits and skills to set up crime scenes where an evil nobility is killed without any suspicions of the three of them and just like that one by they achieve their target.

The story follows the brothers’ journey of dealing with criminals and crime and their ultimate goal to reform society for the better.

READ: Kill the Hero Chapter 101 Release Date: All You Need to Know

The second of the Moriarty brothers, William is a crime consultant and is the main brains behind the crimes they set up. He is the one who started their plan as it was always his dream to better society. An orphan himself once, he highly believes in equal treatment for all in the society.

Albert is the oldest and the only true Moriarty out of the three. He was the one who adopted the other two brothers. He believes in and supports William’s dreams to better society.

Louis is the youngest Moriarty and was in the same orphanage as William. He is devoted to his brothers and much like Albert, Louis also supports and believes in William’s dream and goal.

Sebastian is a firearm expert and acts as a defender and a soldier to William’s team.

Fred is a master of disguise and also an expert in firearms. He works as an assassin for the team.

A Crime detective with an excellent ability of deductions becomes a rival of William since he tries to reveal William’s crime setups.

He is a doctor and a flatmate of Sherlock Holmes. He helps Sherlock solve crimes.

Check the trailer for the musical above.

Where to watch  Moriarty The Patriot Musical

It will available online on Crunchyroll and Youtube etc.

READ: How Does Tanjiro Die in Demon Slayer?