They are four inmates who have escaped from every prison they have ever been incarcerated in. They have, however, been sent to Nanba Prison, the most secure jail in the system. Despite the fact that all four inmates—Juugo, Uno, Nico, and Rock—are different and unique in their own ways, their experiences are all their own. Now that they’re all trapped in Nanba, everything is about to go to hell! What are your thoughts? You won’t have to worry about anything with Supervisor Hajime Sugoroku in control. Nothing beats Nanba Prison in terms of security when it comes to prisons.

So you appear to have made it! That just means you were entertained by Nanbaka’s wit and spontaneity. This is still an excellent series, and there will be more. This list contains some anime that, in terms of humor, are similar to Nanbaka.

Staz Charlie Blood is not your normal vampire; he is a one-of-a-kind individual. He is undeniably powerful, but he is also weirdly obsessed with Japanese culture! Staz is an otaku at heart. As a result, when a human woman named Fuyumi from Japan arrives on his planet via a portal, he is granted a once-in-a-lifetime opportunity.

The only problem for Staz is that Fuyumi dies while he is out in the world. Her life was cut short in a struggle, and she became a ghost. Isn’t it true, though, that a fantastic chance was squandered? Staz wants to bring Fuyumi back to life if it’s the last thing he does. He will go to any length to fulfill his otaku fantasies and visit Japan.

Kon’s goal as soon as he entered Mira’s game-like environment was to find his way out. In the midst of his newfound exhilaration, no matter how bizarre the situation appears to Kon at the time, he quickly realizes that it has the potential to become something he will never forget. Overall, the people who have encountered him in this game-like universe have been nothing short of stunning.

Kon’s crew consists of a powerful and loyal man, a transgender man who is an adept marksman, and a young princess who appears to be an adult but is actually a fugitive. The group will try to move on as they embark on a perilous yet entertaining journey to their final destinations.

We’re off to a wonderful start, students! The class, however, will be given by a teacher from another planet this time. Koro-sensei, the octopus-like monster, is the teacher!

Hachimitsu Private School has a long history of being a distinguished all-girls residential school. However, there has been a significant adjustment in policy this year! This year marks the first time the school will accept male students. However, only a limited number will be chosen. At the time of enrollment, there were just five males!

Meet Kiyoshi, Gakuto, and Shingo, in addition to Jo, Andre, and Gakuto! They are Hachimitsu Private School’s first male students! Their admission to this school, where they will be surrounded by female classmates, may appear to be a blessing in disguise. Is it fair to claim they are privileged, given that their school recently transitioned from an all-girls to a coed environment? They appeared to be out of luck after their unsuccessful voyeurism attempt and fight with the renowned Underground Student Council. Prison School is the only thing that awaits them today!

Inaba Hiroshi is a half-human, half-animal private investigator. He’s on the lookout for other chimeras, who are half-human and half-animal, like himself. His other skill is that he can learn a lot from the hair he gets to try. Detecting criminals and bringing them to justice comes naturally to him. Don Valentino, on the other hand, is frequently amused by him and appears to be having a wonderful time.

He and his assistants, Kei and Yuuta, had to go about their daily lives while supporting the rest of the globe in their investigations. When the obnoxious Don Valentino is on the run, it’s impossible for Inaba to relax. How often does he take time to relax? You don’t need to be concerned; everything will work out in the end. Bad guys should be on the lookout when Detective Inaba and his colleagues are in the area!

Cheating is completely terrible behavior. In a society where academic achievement is the only standard for success, everyone would cheat. You’ve done well in life if you’ve graduated from high school. Nothing is more frustrating than being unable to attend a school or being expelled!

Everyone’s top priority should be to do everything possible to obtain an excellent education and graduate. Classrooms and testing facilities have become hostile places as a result. Scholarly Learning Type (L-Type) and Cunning Cheating Type (C-Type) are two types of students (C-Type). Whatever the scenario requires, the L-Types and C-Types are out for glory!

Saitama, on the other hand, is everything but ordinary! For the time being, he is a hero! Aside from that, no other hero or villain possesses his level of power. He is capable of killing someone with a single punch. Do you mean one strike? That’s who he is: a one-punch man!

When it comes to Saitama, though, there is an issue. He’s had enough of it! If he can defeat any foe with a single punch, he will become bored and may possibly develop a mental condition. The cosmos, it just so happens, contains an infinite number of ways to surprise him! He has little hope at first because he is bald. After that, he’ll have to deal with issues like paying the rent and making ends meet. Despite his heroic actions, the hero has yet to be recognized as such. It makes no difference if he is as powerful as One Punch Man or the Caped Baldy; life will continue in unforeseen ways for him.

The demon king appears to be working as a part-time waitress in a fast-food restaurant! That’s precisely what I meant to say! Customers at McDonald’s will be happy to learn that the demon Satan has been hired! Emilia, the hero, is to fault for the circumstances that have brought us to this point!

If the hero Emilia hadn’t beaten and forced the demon lord Satan to flee to the human realm, he would still be chuckling on his throne right now. His ideas, however, did not come to fulfillment. It has been revealed that Satan has changed his name to “Sadao Maou” and is now attempting to earn a living on Earth. He’s not even moaning! New objective: Become CEO of the world’s most powerful corporation and take it over.

Sakata Gintoki, on the other hand, is the real deal! His samurai career may be finished, but he’s not ready to lay down his sword just yet. To augment his income, he works as a freelancer, taking on odd projects and the like. To be honest, everything is out of control! This universe is filled with costumed characters, pirates, nerds, and geeks. I can’t believe how messed up things have gotten! It’s not that significant. Gintoki, on the other hand, is not like that! But, no matter what, he will live his life as he wishes.

Baka To Test To Shoukanjuu

Things are a little different at Fumizuki Academy than they are elsewhere. Grades are used to categorize students at this institution, but with a twist. In terms of classroom amenities, students in Class A receive the most, while those in Class F receive the least. Fumizuki Academy is distinguished from other schools by its distinct grading system and summoned beast warfare approach.

Akihisa Yoshii, the brightest student ever, welcome to Fumizuki Academy! Despite his obvious incapacity, he refuses to give up. If only Mizuki Himeji hadn’t accidentally ended up in Class F. Akihisa pledges to assist her in moving out of the house so that she can attend school and obtain the education she deserves. As a result of this, Class F makes a historic comeback. Demonstrate to everyone that grades aren’t everything!

MUST-READ | Fly Me To The Moon Season 2 Release Date Updates! 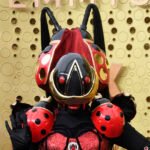