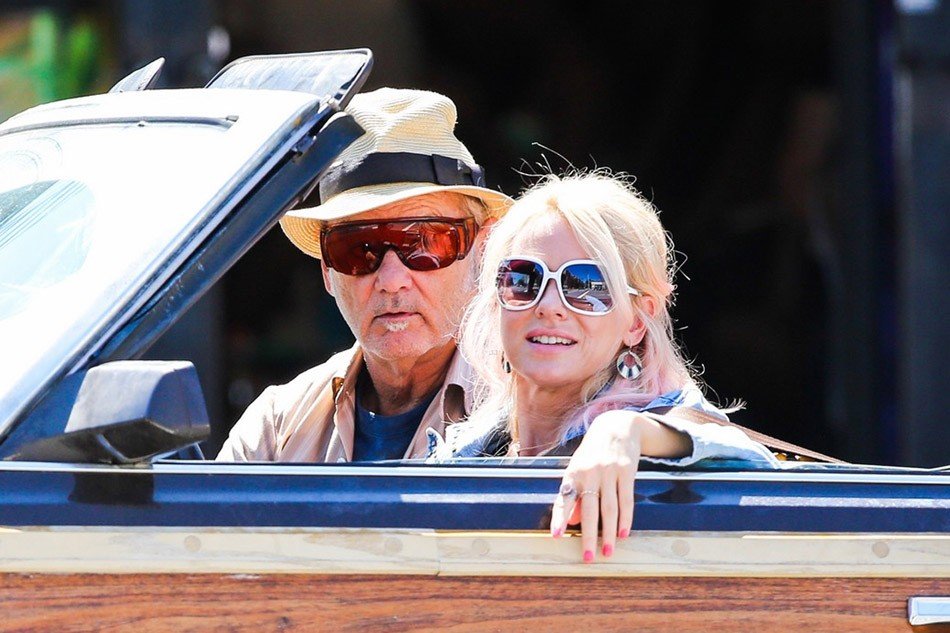 Hey all! After anime, movies are always my favorite. And especially if it’s a rom-com, then that’s like a plateful of sweets. What about you? Is the feeling mutual? I bet it is. That is why you are here reading the article and I am here sharing my get to know you. Right?

Anyways, I won’t beat around the bush much but will directly get to the point. How many of you have watched the movie, St Vincent? If you have then wait for a few, for me to get back to you, in a second. And for others, I will share a brief intro to the movie.

The Story of St. Vincent

This is an American comedy-drama movie that premiered in 2014. The US drama runs for 102 mins and is directed by Theodore Melfi. The movie is rated 7.2 by IMDb, 77% from Rotten Tomatoes, and a vote of 80% from the Audience. You can watch it on Netflix. It is also available on YouTube but you will have to purchase the same.

The story revolves around a young boy who is having trouble after his parents’ divorce. Now Maggie appoints a babysitter for his baby boy. Now, will this hedonistic misanthrope and 12 years old warm up to each other? What kind of bound will the two hold?

The chemistry between the duo is beautifully portrayed in this film. It will surely make your heart flutter. Watch the film, you will love it for sure.

Now, I have covered the general idea and the story of the film. I will move into the question in hand next. As promised I will suggest 10 movies for you which are like this one. Are you ready? I think I can hear you. Then let’s carry on!

The Netflix 2021 American Drama is written by Matt Harris. Directed by Theodore Melfi, the movie runs for 1 hr and 42 mins. Rated 6.4 by IMDb, 20% by Rotten Tomatoes; the comedy-drama will make you roll in laughter.

A combating starling makes Lily see hell when it makes its nest near her home. Coping from her loss, the bird really irritates her and drives her crazy. Now as she plans on how to get rid of the bird will she again learn to live her life and most importantly fall in love again?

Ben is a 70 years old fellow who realizes that he has not reached his age for superannuation. Now determined to work again he applies for a job as a senior intern at an online fashion site. Will he survive in this company or will his hard-core boss make him change his decision?

Written and directed by Nancy Meyers, the movie received a rating of 7.1 from IMDb, 59 % from Rotten Tomatoes, and a 4.8 rating out of 5 from the audience.

The 2015 film tells us about a CIA analyst who decides to go undercover when an agent is under a compromising state. Now as she infiltrates the world of danger and death will she be able to make it out? Will she be able to stop the global disaster? Watch the 2 hrs action-comedy on YouTube, Hotstar, and Amazon Prime.

The movie came out in 2010. The martial arts film is directed by Harald Zwart. Running on Netflix, Amazon Prime, and Sony Pictures, it is rated 6.2 by IMDb and 66% by Rotten Tomatoes.

The runtime of the movie is 2 hrs and 20 mins. The movie includes; Jaden Smith as Dre Parker, Taraji P. Henson as Sherry Parker, and Jackie Chan as Mr. Han.

This is a story about a young boy who was bullied often by a kung fu prodigy. He, being quite weak, couldn’t defend this rebellious kid at his school. But things change when he meets Mr. Han, a kung fu guru.

Rated 6.8 by IMDb, 90% by Rotten Tomatoes, and an audience upvote of 3.8/5; this is one hilarious film that made my stomach ache.

The US comedy romance film runs for 2 hrs and 5 mins on Amazon Prime Video and Google Play.

The movie revolves around the bride and her bridesmaids. What will happen when the maid of honor and one of the bridesmaids try to prove their ability and bond of friendship to the bride. A war will definitely not enrage, right? Well, I will leave that for your watch.

This is a 2008 comedy music film which has; Meryl Streep as Donna Sheridan-Carmichael, Christine Baranski as Tanya Chesham-Leigh, Amanda Seyfried as Sophie Sheridan, Julie Walters as Rosie Mulligan, and others.

The movie scored a vote of 4.5 from the audience and a rating of 6.4 and 55% from IMDb and Rotten Tomatoes respectively.

Sophie and her family are busy as sparks of her wedding fly. Amidst all these, she secretly invited three men from her mother’s past. Hoping from the bottom of her heart that one of them would turn out to be her father. With the only hope of being led down the aisle by her father, will her dreams come true?

The movie is available on YouTube and Amazon Prime Videos.

Starring actors; Chira Cassel, Lauren Birkell, and Paul Borghese cast in this 2017 film. Directed and written by David Ross, the film is available on Amazon Prime, Tubi, and Peacock. The movie’s runtime is 1 hr and 28 mins.

After fooling with one of her customers the babysitter changed her job. What will happen when a teenage Babysitter turns her job from taking care of children to a call girl’s service for guys who are married?

The comedy-drama is rated 5.6 by IMDb and 33% by Rotten Tomatoes.

This is a 2010 film about a teenage girl who is set to find her father with her gay friend as her companion. Running for 1 hr and 30 mins the comedy-drama will keep you entertained and you will find yourself laughing till the movie ends. Rated 6.4 by IMDb and 34% by Rotten Tomatoes.

You will find the movie streaming on; Starz Play, Netflix, and Prime.

DO READ | Is Tokyo Revengers Worth Watching?

The movie is about a guy named Philip who hires a caretaker to help him with his work and life at a penthouse. As Dell helps him in NYC, he himself is struggling to hold onto the relationship with his young son and his ex. When two people from different worlds find a commonplace when they meet, will this start an unusual friendship between the duo?

The 2017 film is available on Vudu, Prime, and Hulu. The movie includes; Kevin Hart as Dell Scott, Nicole Kidman as Yvonne Pendleton, and Bryan Cranston as Phillip Lacasse.

And lastly, rated 6.3 by IMDb, 80% by Rotten Tomatoes; the comedy-drama runs for 1 hr and 30 mins. Written and directed by Jay Duplass and Mark Duplass, the movie made its debut in 2010.

You will find the show there on YouTube, Vudu, Prime, and Disney + for your watch.

As John’s ex-wife remarries, he finds the lady of his dream but will he find a happy place with her? Now as her son Cyrus, does accept him, will they finally make a truce?

Here you go! I have listed all the movies that you can watch if you enjoyed St. Vincent. You can watch the show on the given channels. If you want to get a sneak peek of the respective movies you will find them on YouTube, the platforms themselves have some clips, you can also find them on other pages.

Go and watch the film. Enjoy streaming them as they all make you giddy. Meanwhile, we draft other updates and interesting news for you. Get back to us soon, for more news and updates.

Till then, have a happy watch!

READ ALSO| Hisoka Vs Chrollo: Who Is Better? Who Wins?