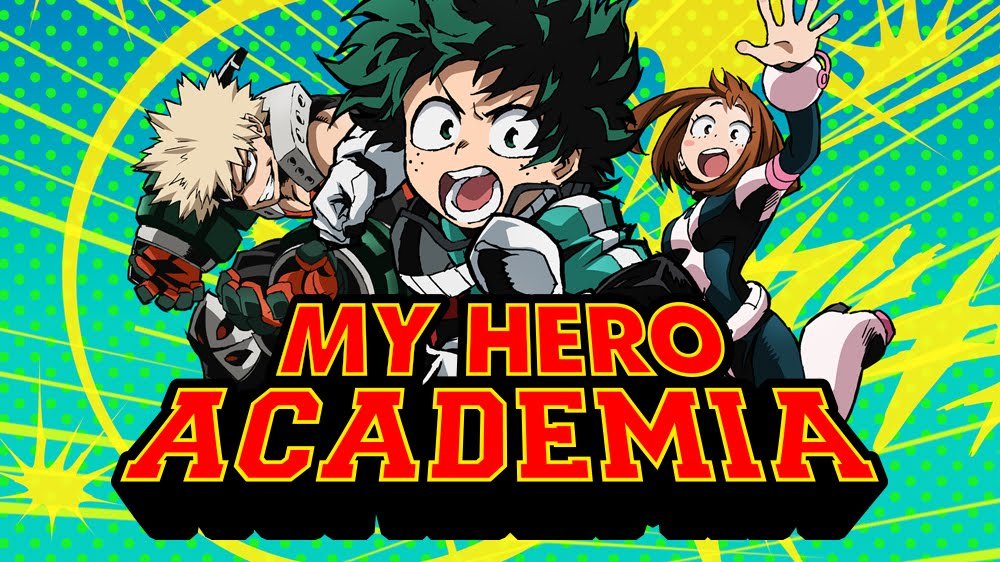 Kohei Horikoshi wrote and illustrated, My Hero Academia a Japanese science fiction manga based on superheroes. And since it is based on superheroes then it is deemed to be filled with adventure. Starting in 2014, manga has gained a lot of attention and popularity among anime and manga lovers.

The award-winning manga has received a lot of accolades becoming one of the best-selling manga series of all time. It follows the story of a boy who was born without any superpower. But then he still aspires to become a superhero. He eventually gets noticed and then scouted by one of the greatest heroes of Japan who selects the boy to be his successor. This helps him to get admitted to a prestigious school that specializes in training superheroes. This unique storyline in itself makes this manga one of its kind leading to its popularity and success.

The manga was further adapted into a TV anime series of the same name that was directed by Kenji Nagasaki, Tomo Okubo, and, Masahiro Mukai. The 5 season anime series gained even more attention, love, and praise. It even became one of the most-watched anime series as soon as it dropped on Netflix in 2021.

Well, the regular readers of the series must be curious to know when the new chapter will be released because it is making all of us restless the thoughts that what is going to happen next. Thus, to help you relax and also to excite you, I will reveal the date of release of the new chapter of My Hero Academia. So, get ready for the news and start reading.

The popular manga turned anime will be releasing its next chapter that is Chapter 359 on *drumrolls* on July 8, 2022. You read that right, you do not have to wait for long because the new chapter is just a few days away. It will officially be revealed and released on July 8. You must be exhilarated by the news; I know because I am too. So, what are you waiting for if you are yet to read chapter 358 then read it now to get prepared for the new one that will be released soon?

The earlier chapter had a very key and crucial part where Shigaraki and All for One were to be kept apart because their closeness would prevent other heroes from winning. New Order would be impossible to defeat. The next chapter is where we will to get know what exactly will happen and who will be winning and whether New Order will be defeated or not or maybe there will be some more twists to the story. To find out everything we all have to wait till the 8th which will unveil the story of the Academia further.

The popular manga and series consist of a huge number of characters that are taking the story further. Most of the population of the series that takes place in a fictional world are gifted with superpowers called Quirks. These powers give rise to heroes and villains. Well, when most of the population possesses a special superpower then it is obvious that there will be an inclusion of a lot of characters. The vast range of the characters includes U.A High School students that are divided into different classes. Class 1-A students include characters named Izuku Midoriya, the main protagonist around whom the story revolves. Katsuki Bakugo, Ochaco Uraraka, Tenya Ida, Shoto Todoroki, Eijiro Kirishima, Tsuyu Asui and many more. Class 1-B includes Neito Monoma, Itsuka Kendo, Ibara Shiozaki, Tetsutetsu Tetsutetsu, Juzo Honeuki, Nirengeki Shoda, Kosei Tsuburaba, Manga Fukidashi, Shihai Tokage and others. Then there is The Big 3 which includes third-year students named Mirio Togata, Tamaki Amajiki, and Nejire Hado. Some more prominent students include Mei Hatsume, and, Hitoshi Shinso. These students are followed by pro heroes that include Enji Todoroki, Keigo Takami, Tsunagu Hakamata, Rumi Usagiyama, Crust, and Ryuko Tatsuma. Since the manga is based on Academy then it is incomplete without the characters of the faculty which includes Nezu, Toshinori Yagi, Shota Aizawa, Hizashi Yamada, Sekijiro Kan, Chiyo Shuuzenji, Nemuri Kayama, Snipe, and many more. Apart from these characters, there are a few more divisions of characters in the foreign heroes category, The Lurkers category, Faculty of Ketsubutsu Academy High School, The Wild Wild Pussycats, and some other heroes. In the realm of villains there is Tenko Shimura, Shigaraki, Oboro Shirakumo, Dr. Kyudai Garaki, Himiko Toga and many more. Then there is Meta Liberation Army, an organization of villains, Shei Hassaikai, Eight bullets, and other villains who together make the gang of villains in the fictional world and use their power wrongly. In total there are a lot of characters that might require a separate article solely dedicated to the characters of this series.

Where To Watch “My Hero Academia”?

If you find the above article interesting and wish to watch My Hero Academia, then you can stream it on Hulu and Netflix. The ones who love reading and/or would like to read and watch together then they can get their hands on the manga through Viz.com, and Shueisha Manga Plus.