The anime is hilarious and the light hearted nature of the anime is really wholesome but what gets the viewer involved is the way of execution. The story might seem pretty generic but the characters are pretty unique and interesting and they even make the viewers root for them. Mind boggling situation and the way our main character deals with them is a fun ride to watch and viewers can’t wait to see more of her adventures.

The anime has only one season with 1 episodes so far. However it is good news for fans that the anime is getting a movie adaptation which will follow the path of our favorite villainess. A new visual teaser has been released recently that indicates a big screen adaptation of the anime. Here are all the details we know about My Next Life As A Villainess Movie Release Date.

My Next Life As A Villainess Movie Release Date

As of now no news regarding the release date of My Next Life as a Villainess: All Routes Lead to Doom! Movie has been announced. Though it can said for certain that a film adaptation is in work.

My Next Life As A Villainess Movie Story

At first the plot seems like that of a generic isekai but the actual scenario cannot be any far from truth. A basic isekai plot follows a conventional framework which involves the main character to be the protagonist of the new world where they are isekaid and they set out on a journey to eradicate the evil that plagues the main character’s new world.

However in My Next Life as a Villainess: All Routes Lead to Doom! the tables have turned. In this anime, the main character is reincarnated in the world of her isekai as the antagonist. The story is an unconventional one as it has stepped out from the comfort zone of the basic framework the other isekai anime follows. It explores a completely different aspect, a wholesome scenario, where the viewers get to see the life of an antagonist who doesn’t actually want to be the antagonist. It also goes out of it’s way to portray forward a message that nobody is born evil and everyone has the liberty to choose for themselves.

The main character was already considered as evil and merciless but on the other hand she had no evil intentions whatsoever. It was just her fate that made her end up like this. Even though most of the people would prefer being the protagonist of a story, the savior of people, someone who could be relied on but unfortunately our main character isn’t that lucky. In the Isekai world, our main character is born as Catarina Claes, the eldest and only daughter of Duke Claes.

She is an enthusiastic person with a pure heart. She is also a bit on the naive side but still her charm and charismatic person leaves a good impression which is highly contrasting to a character of an antagonist in general. Catarina, when she was a kid recollected her memories from her previous life. It was revealed that in her previous life, she was gamer and she has also played an Otome game called “Love Fortune”. She quickly discovers the world she is currently living is the same world that game was based on.

And Catarina being a soft-hearted character isn’t ready to accept any of the ending. She them decides that she will have to cautiously deal with things around her to chalk out way out of her destiny which involves her doom so she embarks on a journey to rewrite her destiny not as an protagonist but as an antagonist relying on her gamer instincts from her previous life.

My Next Life As A Villainess Movie Characters

A small teaser trailer of My Next Life as a Villainess: All Routes Lead to Doom! Movie is available on YouTube.

The movie will be released on Netflix. 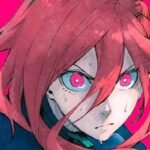 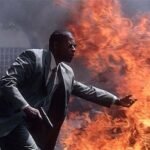