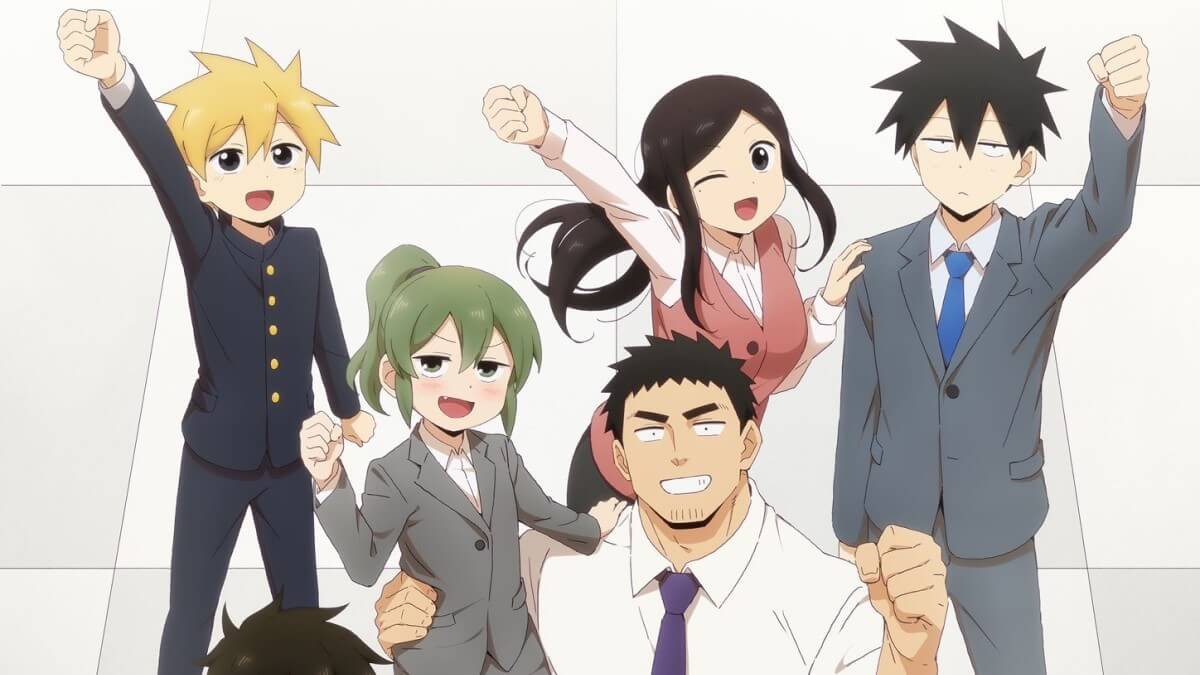 Despite being released very recently, the hilarious slice of life josei anime has gained a substantial fan base who eagerly wait for new episodes to release. The 6th episode of the anime series is expected to release on November 13, 2021.

My Senpai Is Annoying Episode 6 Story

Adult life is an excruciating thing. And what’s more complex are romantic involvements as an adult. It’s the time of life where an individual gets deeply involved with career, responsibilities, finances, complexities of relationships including not only romantic ones but friends and families as well. Especially in the case of young adults, the majority of people deal with perplexity especially while dealing with work and relationships, either for maintaining a balance or any other issue. It is safe to say that the wholesome sweet, serene scenarios of a relationship last only during high school or college life. After that, with time people grow more mature and their dating or relationship perspective change as well based on their priorities and needs which often makes it hard for them to have a healthy or even a stable relationship. The anime My Senpai Is Annoying however shows a different side of this adult life. In this anime, we get to see a different take on adult romance, a wholesome take. We get to follow an enthusiastic and passionate saleswoman named Futaba Igarashi.

She works at a trading company and is passionate about her job. It was already 2 years for Igarashi to be working in that company before the main story kicked off. She is a hardworking woman, with a kind and dedicated heart. She absolutely loves what she does and she tries her best to be of service as much as she could. She completely devoted herself to any job she gets assigned with without holding anything back. Though despite being such a hardworking diligent adult corporate lady, she often gets perceived as a kid only despite her age, which is all thanks to her small stature and childlike face which makes her work even harder than before to prove how much of a grown person she is.

However, she wasn’t always such a skilful saleswoman, and even to this day, she makes minor mistakes here and there yet she always show remorse for her mistake and tries her best to make up for them. What made her such a capable employee of the company is her 2 years of experience as a saleswoman where she was constantly guided and sometimes aided by her reliable senior (senpai) coworker Harumi Takeda from the same company. Takeda is a wholesome guy and also tries his best in helping out his coworkers in need. He is a reliable guy whom Igarashi deeply respects and looks upon very highly. Takeda often teases Igarashi for her height and often treats her like a kid which makes Igarashi frustrated and annoyed. Yet whenever there is a crisis regarding company issues, Takeda is the person who comes to the rescue. And not only Igarashi but all the workers in the company including their chief thinks highly of Takeda for his sense of responsibility and caring side. Igarashi happens to have a soft corner for her Senpai yet she denies it but her facial expressions are enough to say what’s in her heart.

She takes care of Takeda as well as she could and goes out of her way to walk the extra mile for her Senpai. However, it’s not only Takeda and Igarashi that steals the spotlight in the series. The company they work at has a more or less comfortable and wholesome environment, everyone cooperates and helps out each other as much as they could. They celebrate different occasions all together and enjoy each other’s company. Along with Igarashi and Takeda, there is Sakurai a passionate working lady working at the same company like them, then there is Kasama a silent type yet a wholesome simplistic helpful guy. Both Kasama and Sakurai share wholesome and hilarious chemistry as well which is vividly visible to the viewers. We also got Tshukishiro who is a mysterious woman and never fails to crack open the audience with her antics.

My Senpai Is Annoying Episode 6 Characters

Futaba Igarashi- The Japanese voice of Futaba is provided by Tomori Kusunogi from Tokyo, Japan.

Harumi Takeda- Shunsuke Takeuchi from Tokyo, Japan widely popular for his deep voice despite of being so young provides the Japanese voice for Harumi Takeda in the anime series.