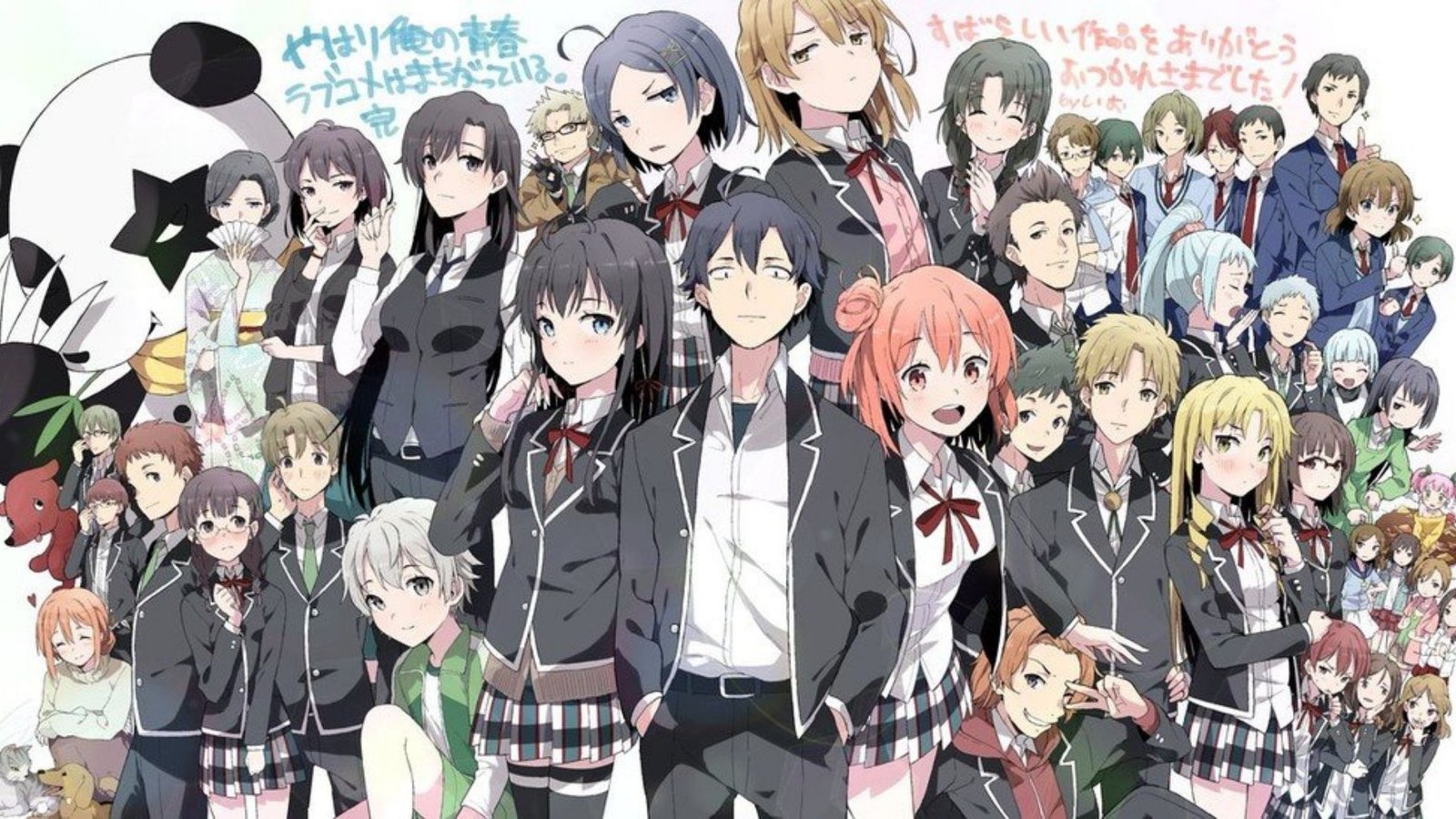 My Teen Romantic Comedy SNAFU Season 3 also known as My Teen Romantic Comedy SNAFU Climax concludes the story of Hachiman and his chemistry with Yukino. At the beginning of season 1, Hachiman is a loner who believes that he understands the world around him pretty well and it’s all just a facade. But the series through all of the three seasons show that how even someone as self-centered as Hachiman can become a selfless, empathetic, considerate person who always thinks about others before doing something, something that was thought to be impossible at the beginning of the series.

The animation quality got a major upgrade from the second season. The plot of the series is very practical dealing with issues that are possible to happen in real life. The characters are very well written and certain characters bear the capacity to intensely influence the mindset of viewers and to some extend their perspective.

The third season of the series was released on 9th July 2020 under the TBS network. Fans waiting long for the conclusion of the story of Hachiman and Yukino were expecting to see it release in Summer, 2020 but it got delayed due to the emergency situation of the pandemic. The final season got well received as the fans got the long-awaited wholesome ending that Hachiman and Yukino both deserved.

The third season begins with Hachiman being worried about finding a solution regarding the issues surrounding the relationship between him, Yui, and Yukino. On being asked by Hachiman, Yukino answers that she wants to forge her own path instead of following her mother’s sister’s footsteps to become a self-dependent person and that Hachiman and Yui support her in her endeavor. Yukino moves back with her family.

Later Hachiman encounters Saki and her younger sister Keika while waiting for his sister, Komachi who is trying to get admitted to the same high school as him. Later Hachiman gets left with tears after receiving a heartwarming thanks from Komachi for taking care of her. Haruno, Yukino’s sister acknowledges Yukino’s growth. Later Haruno and Hachiman have a conversation where Haruno asks him to take care of Yukino.

Later, Isshiki asks the Service Club to help her in organizing a prom for the next year’s graduation. Yukino accepts the offer as she found this as an opportunity to show how capable she is on her own and she also clarifies that this is her personal decision rather than the Clubs. Yui gets hold of a picture of Yukino and Hachiman together from their visit to Destiny Land, under Yukino’s pillow on her bed which made Yukino’s and her uninfluential feelings for Hachiman crystal clear.

Komachi gets accepted in Hachiman’s High school later after having a long conversation with Iroha, Hachiman helps in a promotional video for the prom. The video gets viral and Yukino’s mother reveals the fact that there are a lot of people opposing the idea of prom.

Yukino sees this as another challenge to prove herself and after hearing this Hachiman gets involved. Hachiman’s teacher Shizuka informs Hachiman about the school administration’s initiatives to cancel the prom. Hachiman then confronts Yukino and offers her his help which she refused as she was willing to deal with this independently of any help.

Hachiman then plans a dummy prom plan along with Yui to put on the table so that Yukino’s planned prom looks way better in comparison. He asks his friends to help him out with his plan but Hayato refuses to help. Hachiman with his friends devotes himself to making his plan successful. Yui and Hachiman meet Orimoto and Tamanava, students from another school who ended up in a rap battle.

Hachiman along with his teacher Shizuka gets confronted when his dummy prom plan gets figured out. Yui bothered by the fact of Hachiman’s, Yukino and her’s codependency confronts Yukino and becomes honest with herself. The prom graduation party gets accepted and Yukino makes a special request to Hachiman that he needs to fulfill a wish of Yui which is within his capabilities.

Hachiman gets rejected when he offered his help for the prom. Meguri, the student council president becomes emotional during the graduation ceremony. On the night of the party, Yui asks Hachiman for a dance. Later, the prom team meets up with Yukino’s mother and sister, and later Yukino, Yui, and Hachiman share a heartfelt moment.

Hachiman’s teacher Shizuka offered to drive him to his home for it was late at night. Shizuka and Hachiman had an emotional conversation and she told him that one word isn’t enough to explain human bonds and relationships. Hachiman realizes that the lack of honest straightforward communication between him, Yui, and Yukino has turned their relationship into a sham.

Later while they were talking about the end of the Service Club, Hachiman says that he wants something genuine without any filter or wall between them and says that he wants to continue staying in association with Yukino even after the end of the Club which made Yui heartbroken. Afterward, Hachiman and Yukino have a conversation on a bridge where they tried to convey their feelings for each other yet failed thanks to their lack of social and communication skills.

Later on, Yukino and Hachiman went out together to find a location to organize the joint school prom which was planned later, and while at it there enjoyed each other’s company. In the end, Yukino confesses her feelings for Hachiman which left him speechless and happy. Later on, Yui asks for help from Komachi and the new service club.

Hachiman- Hachiman is voiced by Takuya Eguchi in Japanese who is from Ibaraki prefecture of Japan and is also a part of the trio Trignal with fellow seiyuu Ryouhei Kimura and Tsubasa Yonaga and host Radio for the Kiramune label.

Yukino- Yukino’s Japanese voice is played by Saori Matsuo from Tokyo, Japan who also happens to be a part of the duet “Blue Drops” with Yoshida Hitomi.

Yui- Yui’s Japanese voice is played by Nao Touyama, who is also from Tokyo, Japan. Her hobbies include singing, dancing, electronic organ.