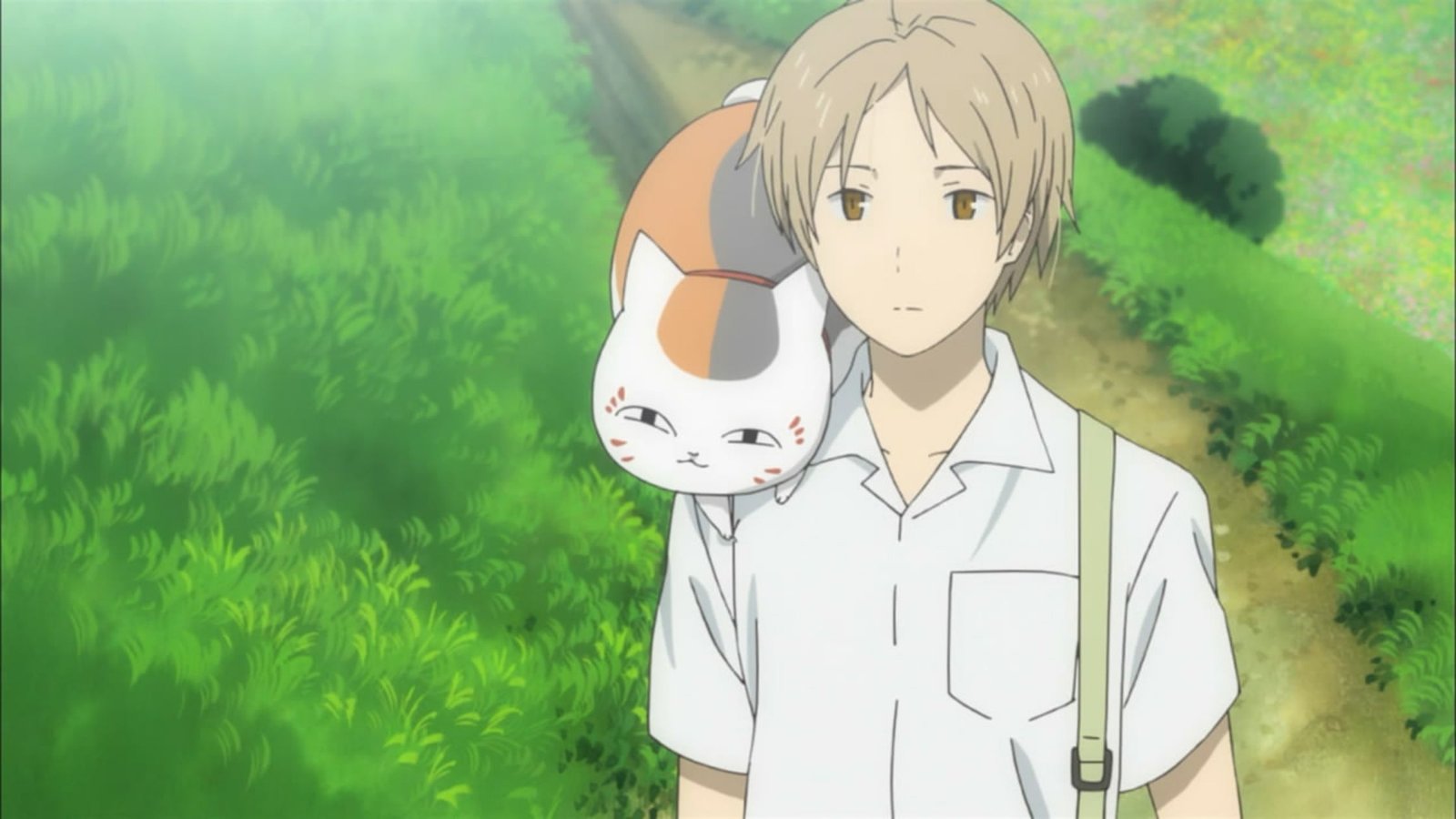 Talking about another anime series, Natsume’s Book of Friends Season 7 is one of the most interesting Animes available out there which is a fantasy-based anime showing the adventure of a boy who has the weird ability to see spirits around him. Through the whole series, he is in chase of finding the different secrets related to his existence with such an extraordinary ability and is also eager to know the way of releasing the spirits mentioned in ‘ Book Of Friends ‘ which is filled with names of troubled spirits. The anime series has released six seasons till now it and still a lot of events are yet to be shown which are mentioned in the manga from which this series is inspired.

The most interesting aspect about this series is that the series has shown characters and the spirits very beautifully, without making it horrifying, or without making it a nightmare for the children watching it. Overall, the series was a success in grabbing a large group of viewers and had really liked by people belonging to the young age and teenage groups.

I would suggest that this series must be watched by the children and teens as they will be more interested to watch content shown by the series than their adult counterparts. The background music played in it is making it more attention-grabbing. Here we will discuss the series Natsume’s Book of Friends Season 7.

The Anime series was aired from July 7, 2008, to June 21, 2017, from which the first four seasons were produced by Brain’s Base, and later seasons were produced by Shuja on TV Tokyo. In total, 74 episodes were streamed in the years 2008, 2009, 2011, 2012, 2016, and 2017. The announcement of the release of the seventh season of the series has not been done yet, from last four years. But viewers are still hoping for so as many contents are yet to be shown from the manga from which the series has been made.

The story of the anime series revolves around a boy Natsume, who is the lead of the series and has a strange ability to see the troubled spirits, known as yokai. They seem to be following him all the time with some reasons behind it, which is not known by Natsume. His life was a bit more problematic than a typical 15 years old school-going boy rather than just academic performances and peer pressure. As the story continues, he ended up finding out the ‘ Book of friends ‘ passed from his grandmother which had all the names of the spirits captured and brought by her and who were also controlled by her. As he was the new successor of the book, the troubled spirits started to haunt him in hope that he will realize their problems and will work for solving them.

He had a little cat-like creature named Madara who served for him as a bodyguard, according to the creature, but Natsume was unaware of his real intentions and allows him to sit on his back and lets him provide the feeling of security to him. They both then began their journey to freeing yokai that was troubled by her grandmother’s deeds.

Takashi Natsume voiced by Hiroshi Kamiya is the lead of the series and successor too of the ‘ Book of friends ‘ left by her grandmother. He began his journey with Madara ( the little catlike creature ) to free yokai.

Madara voiced by Kazuhiko Inoue is a mysterious inugami who was kept in a shrine until Natsume accidentally released him. He takes the form of a Maneki Neko ( lucky cat ) and was called Nyanko – sensei by Natsume. Reiko Natsume voiced by Sanae Kobayashi is Natsume’s grandmother who was extraordinarily powerful and bullied spirits in order to make them obey her for playing games. She died when she was young. She kept names of the spirits in – Book of friends ‘ which was later taken by her grandson.

Kaname Tanuma voiced by Kazuma horie was a sickly student who moved recently to the area and was also able to detect spirits. Touru Taki voiced by Rina Sato was a new girl at school. She bore a curse on herself, which made her talk rarely, later broken by Natsume. Jun sasada voiced by Miyuki Sawashiro is the president of Natsume’s homeroom and believed that he is able to see the spirits. Shuuichi Natori voiced by Akira Ishida is a man who is also able to see spirits and is a famous actor and exorcist, having a lizard birthmark that moves around on his body. Hiragi voiced by Satsuki Yukino is head of the Matoba clan and is a cold-hearted man.

Hinoe voiced by Akemi Okamura is a powerful yokai having a form of a woman and is madly in love with Reiko Natsume. Misuzu voiced by Takaya Kuroda is a huge powerful horse yokai having many followers. Kogitsune voiced by Akiko Yakima is an orphaned fox yokai whose form is of a boy with fox ears and tail. Humans can only see him as an infant fox.

The status of the release of the trailer of the seventh season of the series is the same as of the announcement of the release of season 7, not any information available about it yet. But all the die heart fans of the series are still hoping that season 7 will be released soon, which will have more interesting characters and lots of adventures in it.